A Look at Iranian Newspaper Front Pages on March 12

Iran Front Page- IFP has taken a look at the front pages of Iranian newspapers on Monday, March 12, and picked headlines from 21 of them. IFP has simply translated the headlines and does not vouch for their accuracy.

Several papers today covered the ongoing reactions to an attack on the Iranian embassy in London, and the way the UK police dealt with the assailants.

Another top story was the resignation of Ayatollah Ahmad Jannati, 91, as the leader of Tehran’s Friday Prayers after 25 years, which was accepted by the Leader of Iran’s Islamic Revolution Ayatollah Seyyed Ali Khamenei.

The upcoming impeachment of ministers of Labour, Roads, and Agriculture, and President Hassan Rouhani’s strong support for them also remained a top story today. 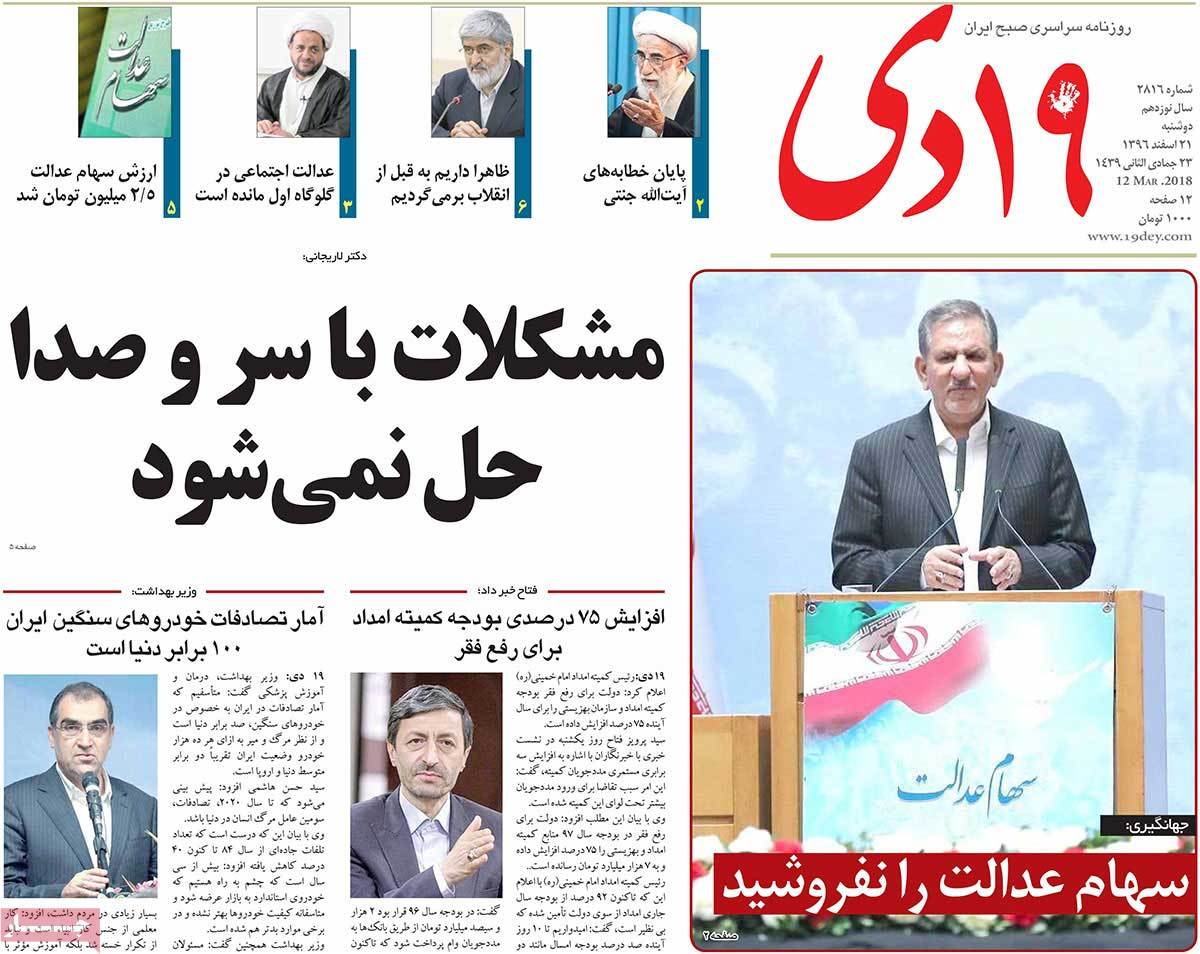 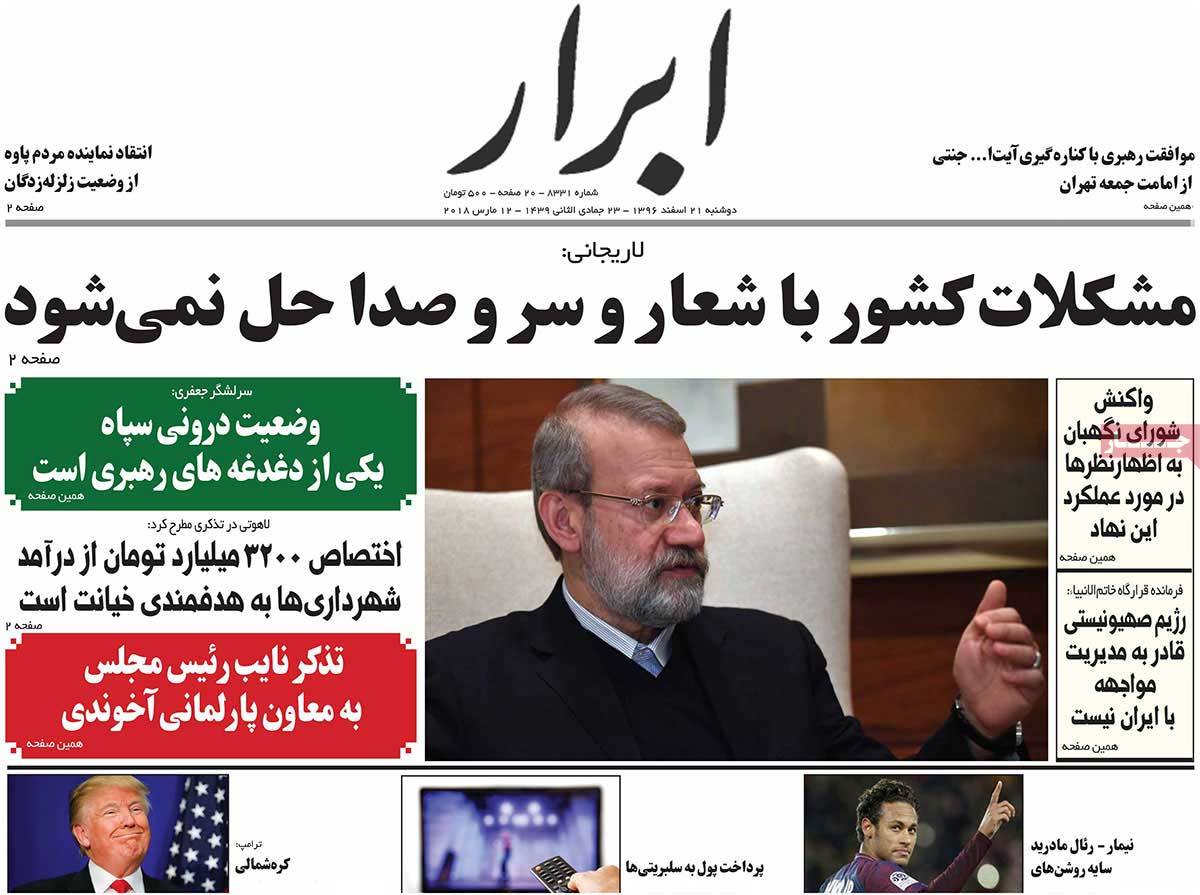 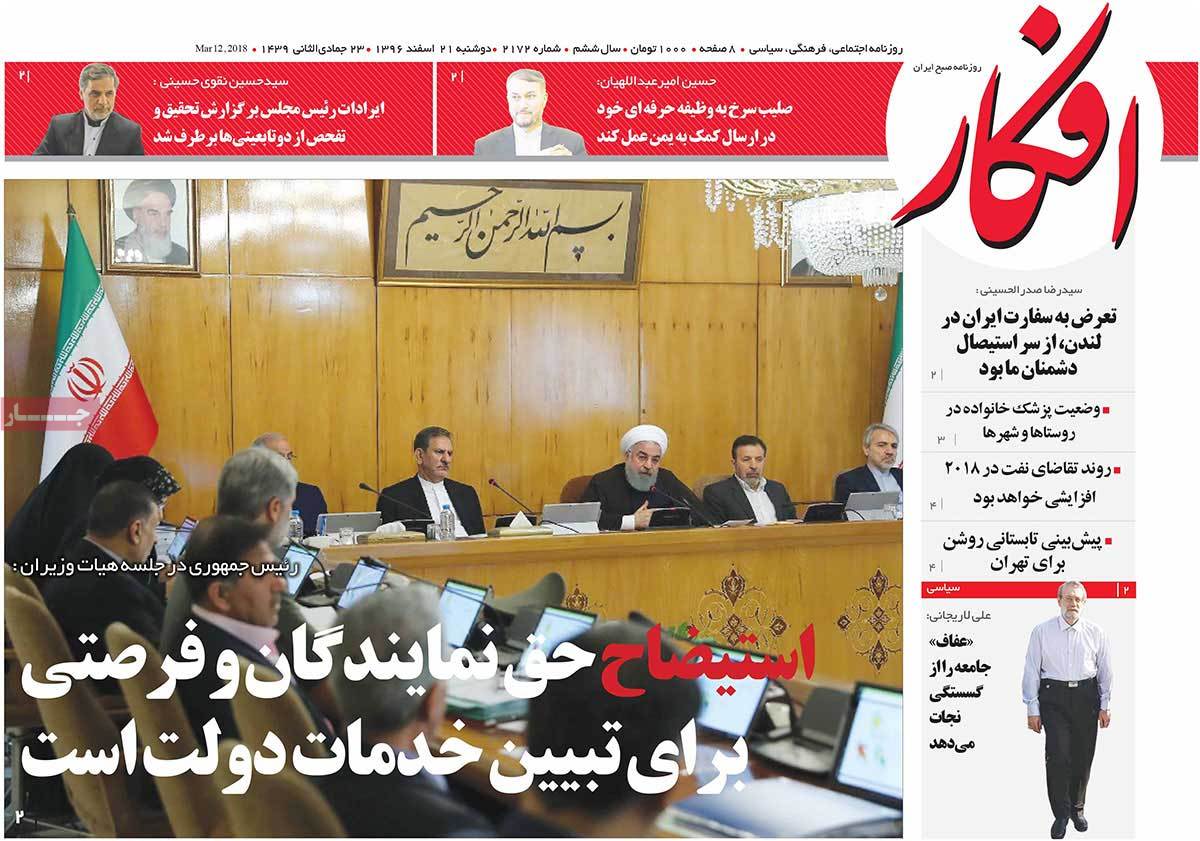 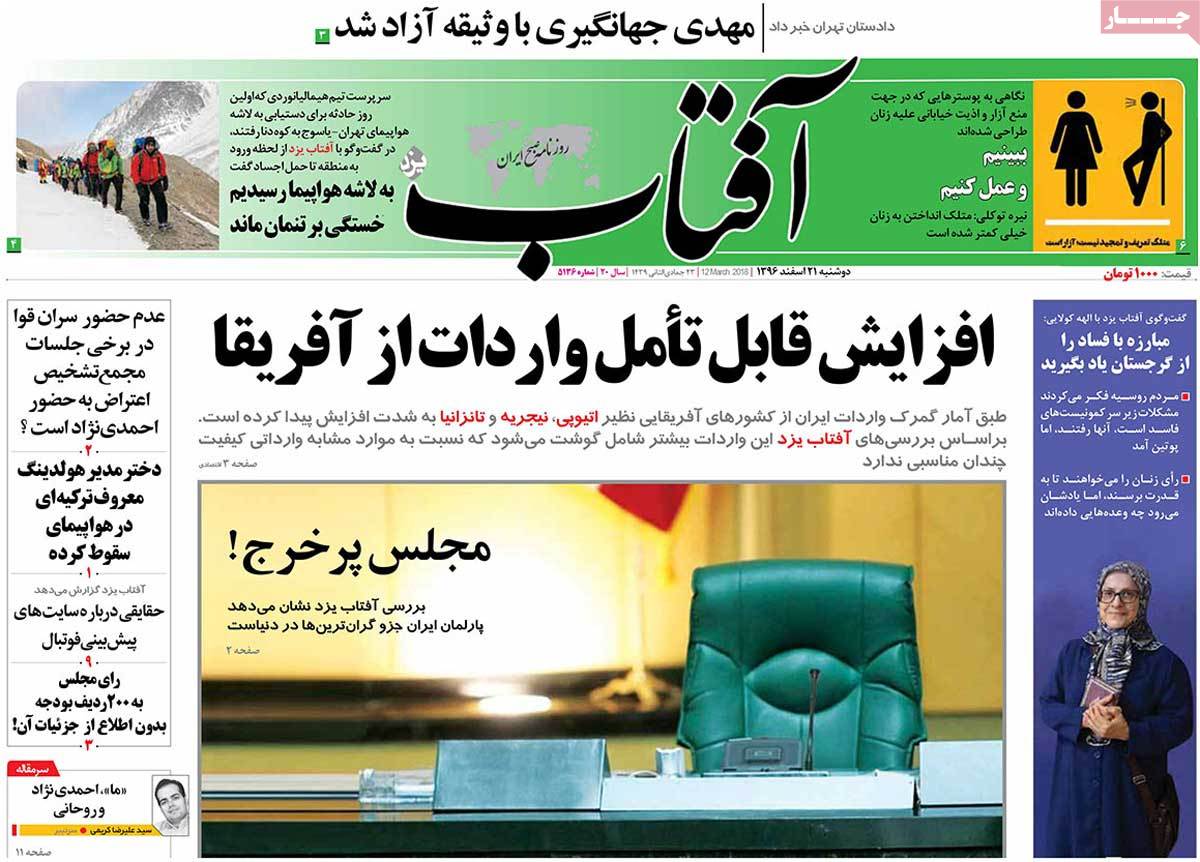 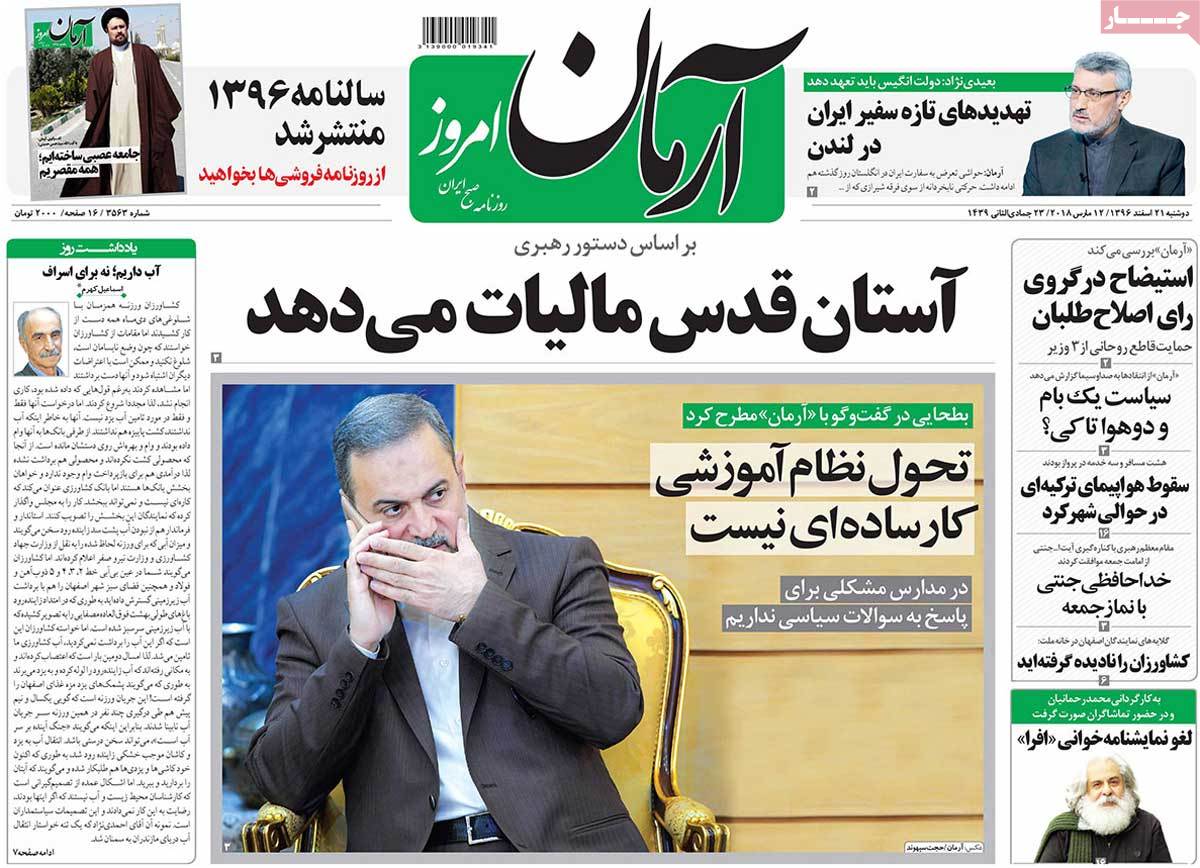 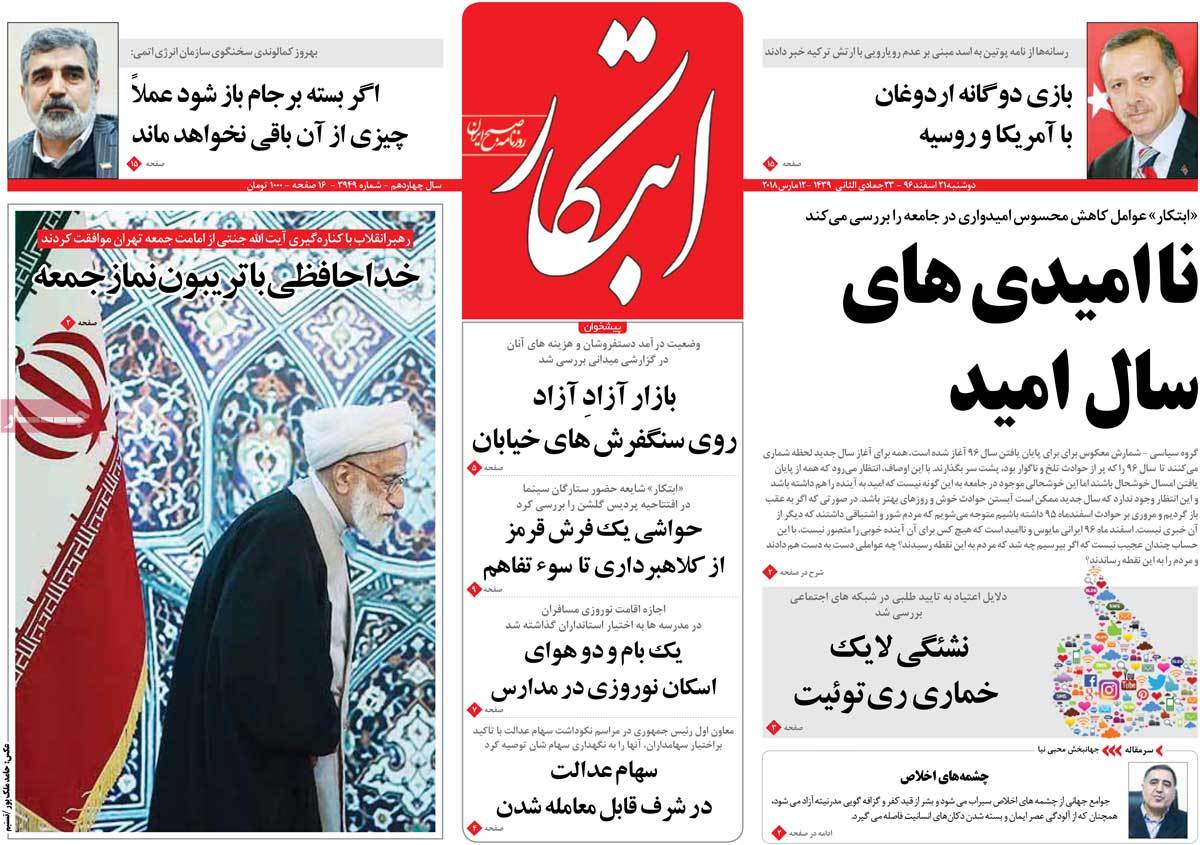 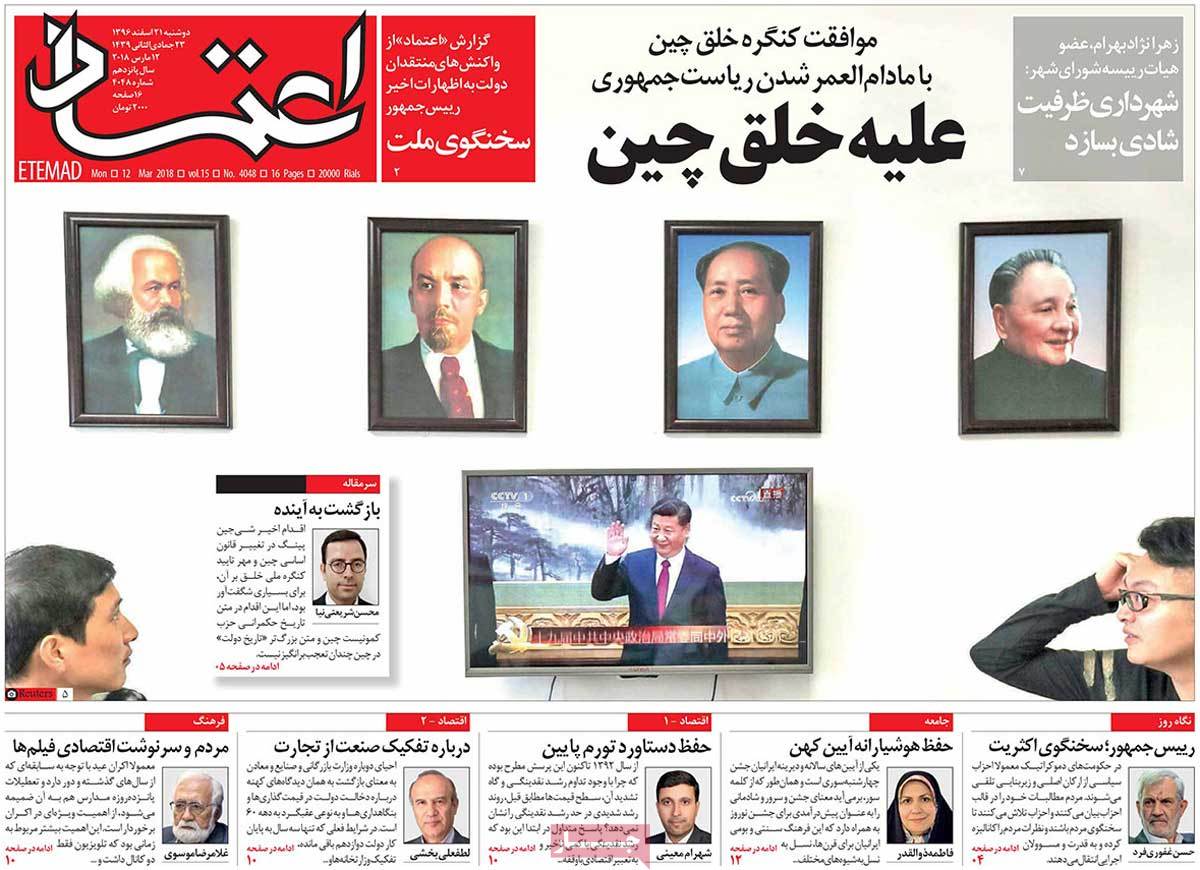 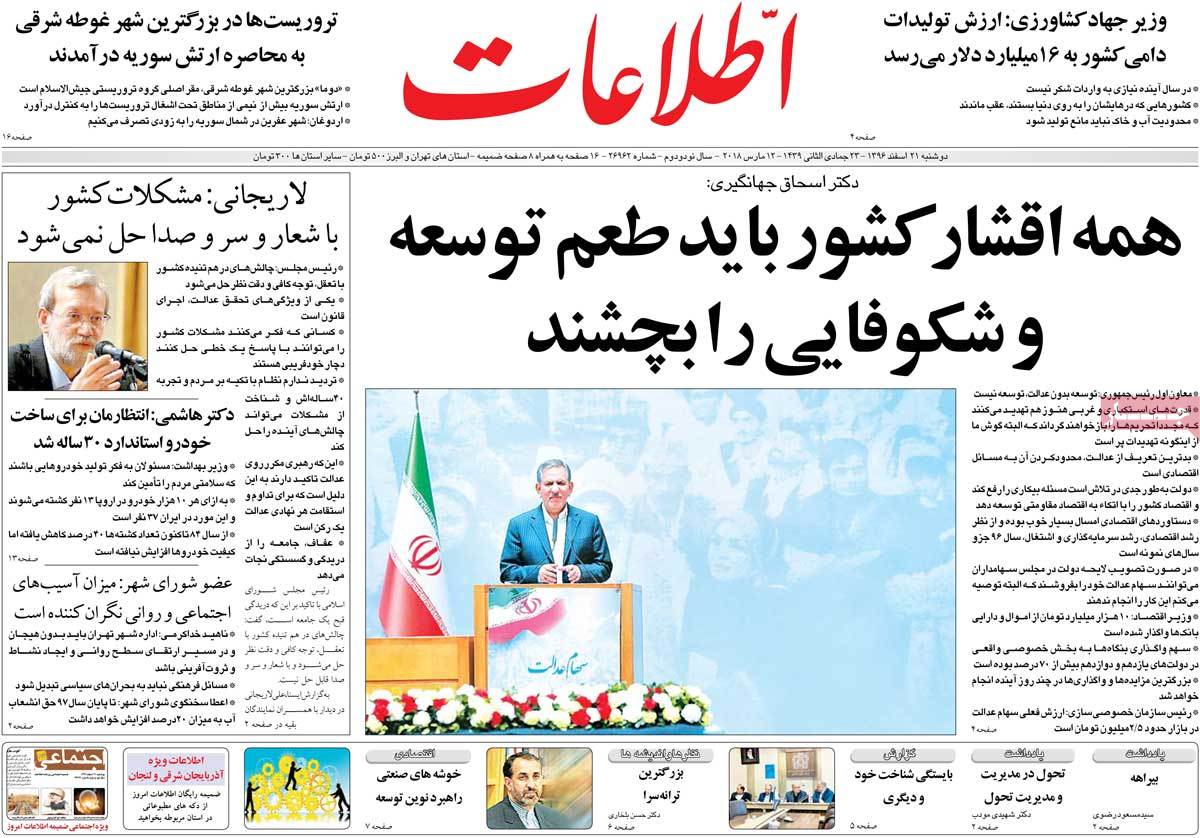 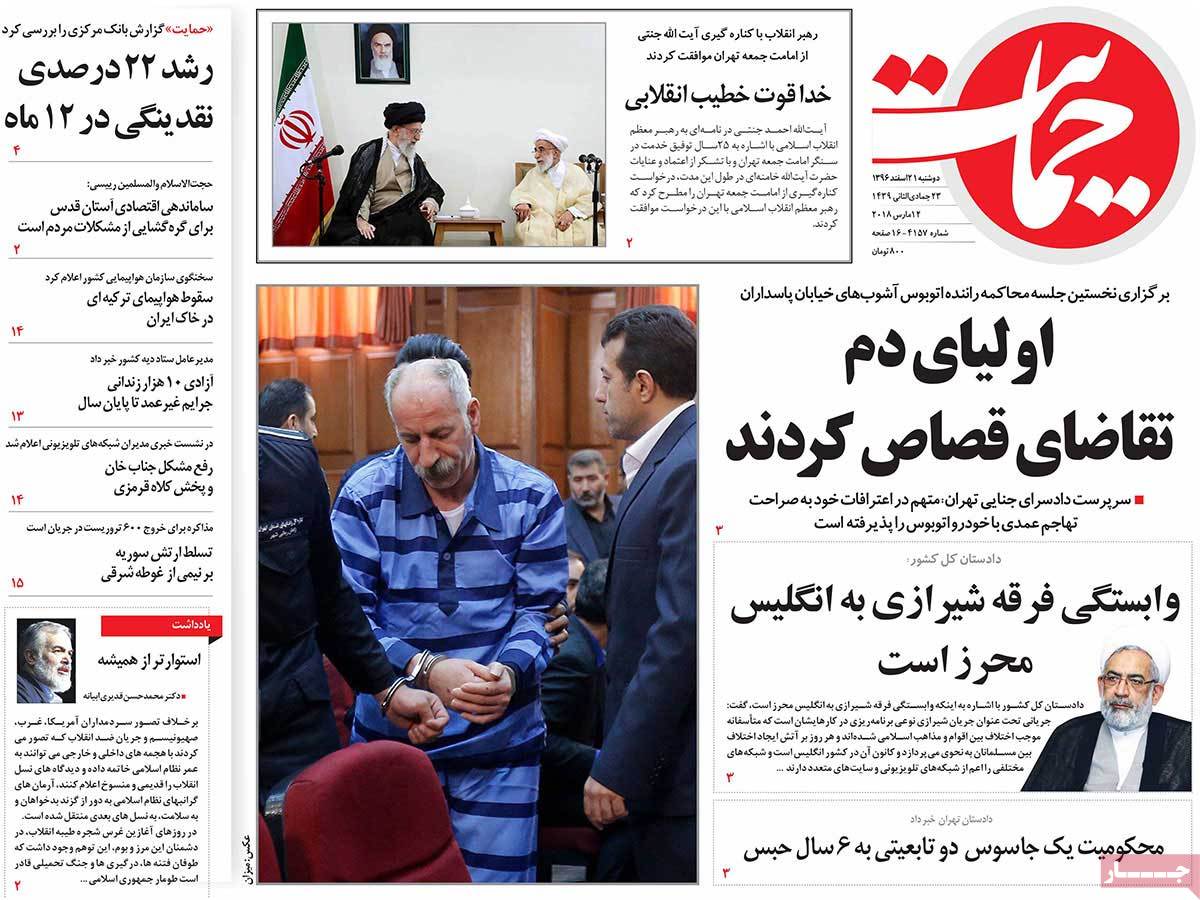 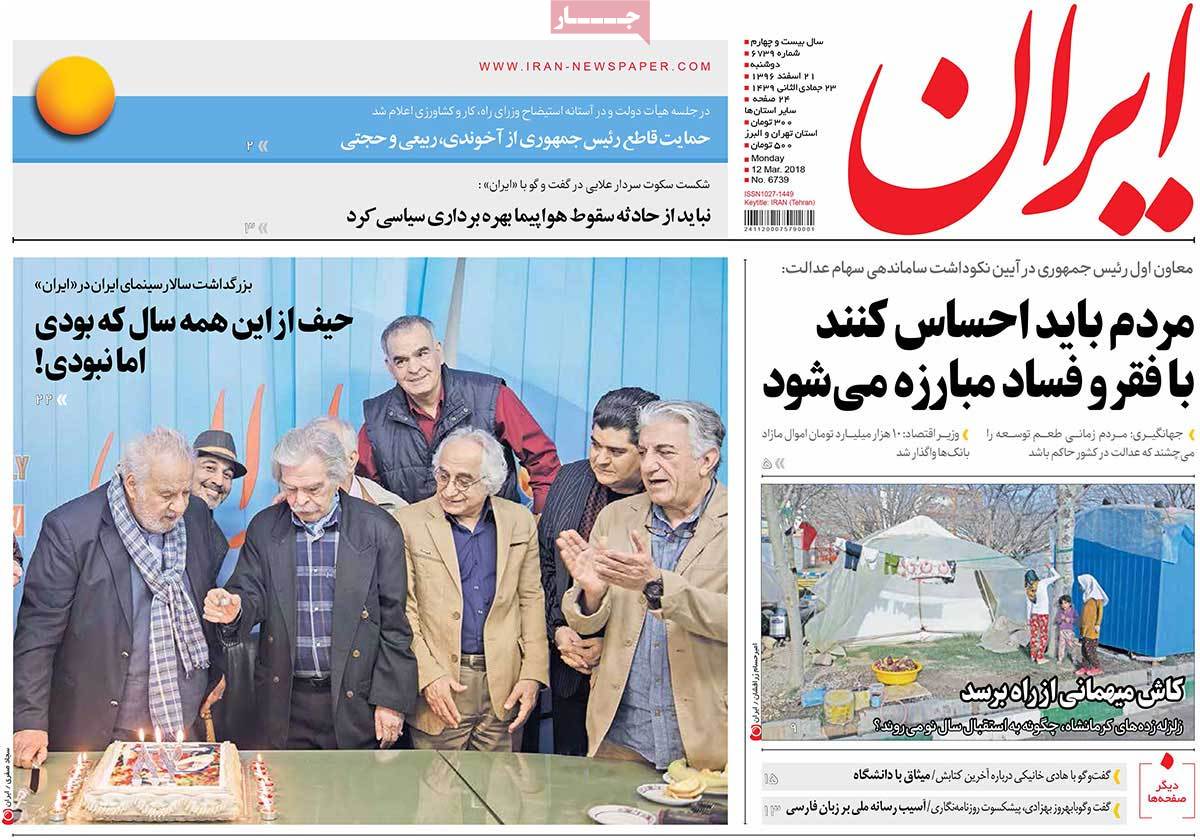 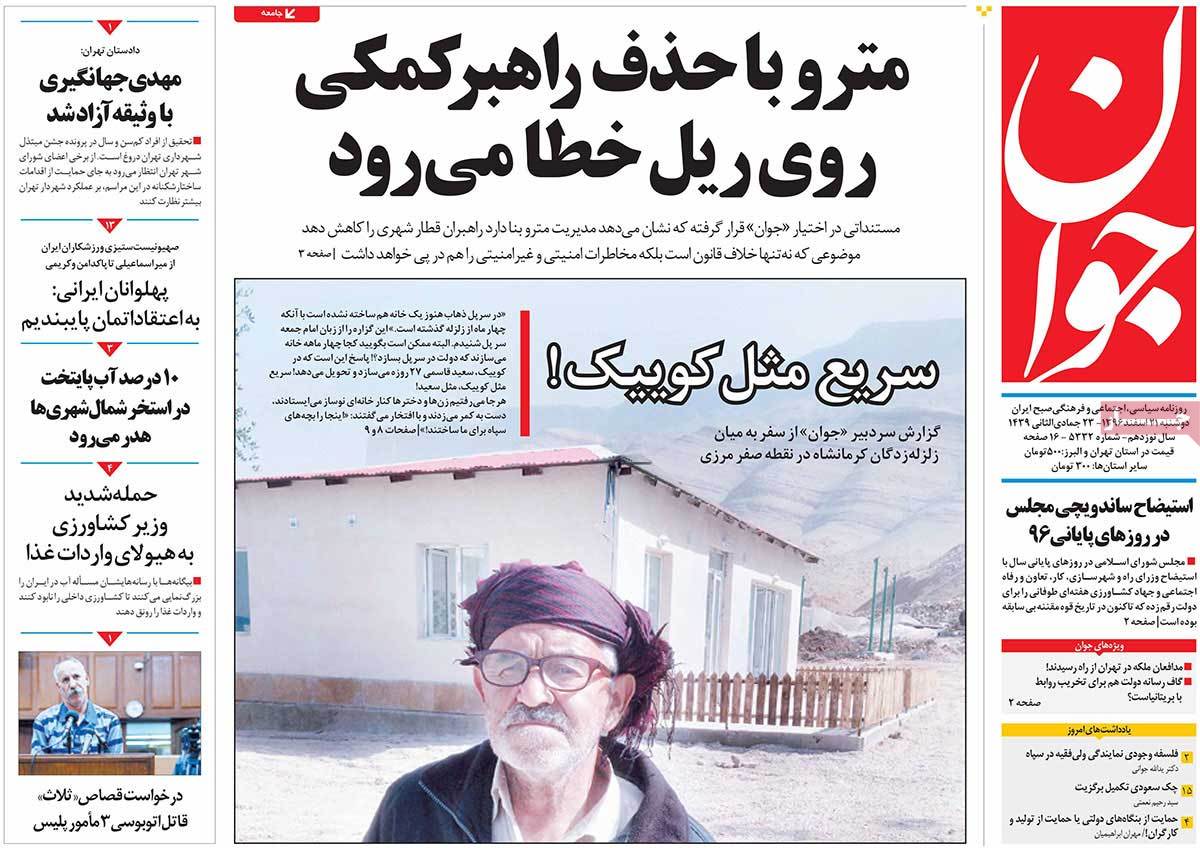 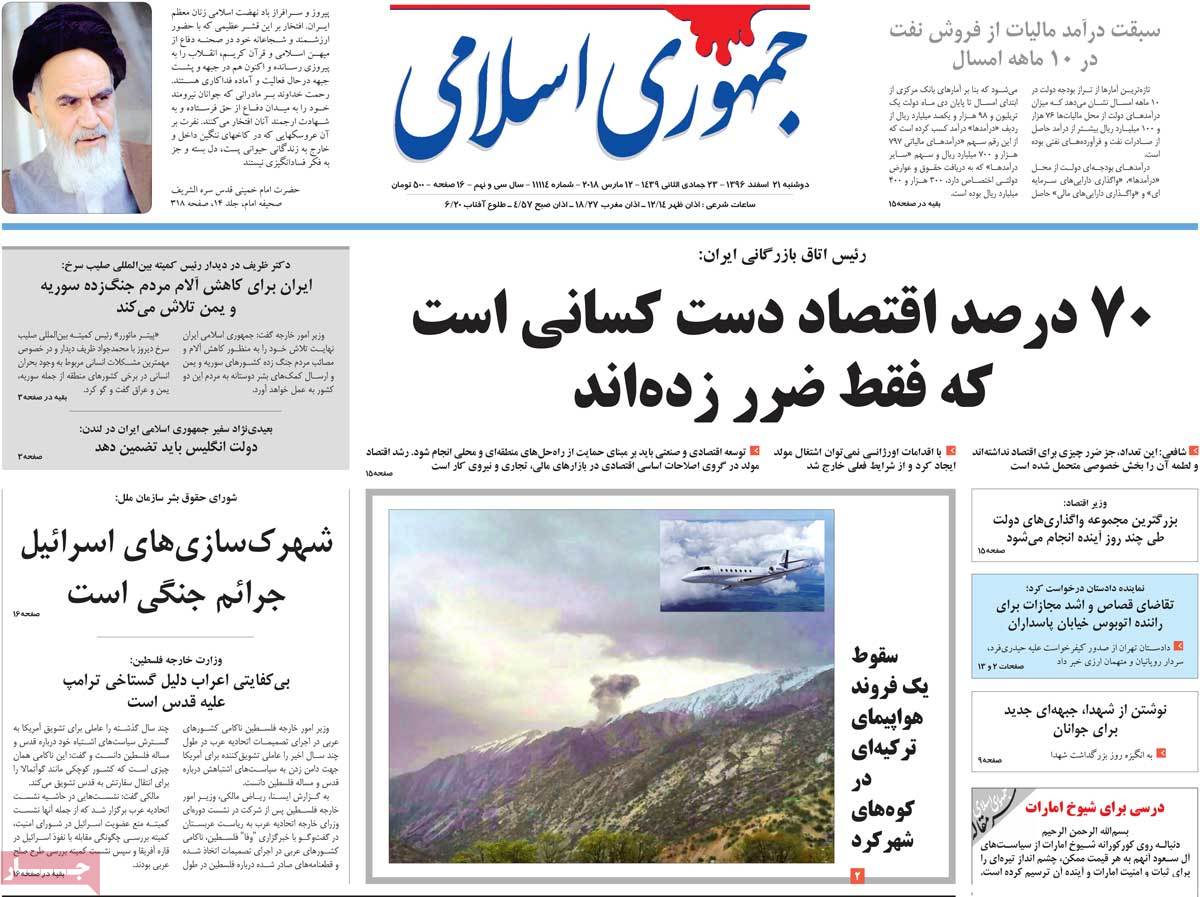 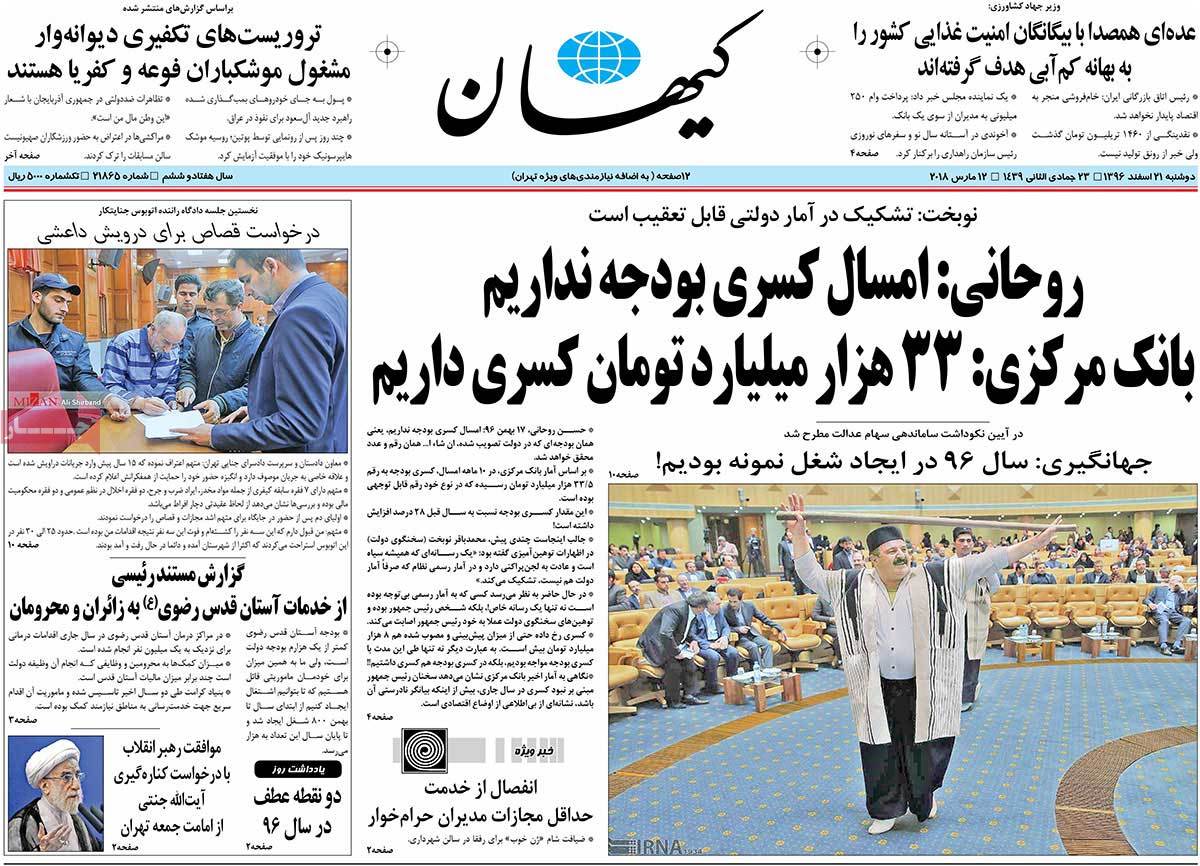 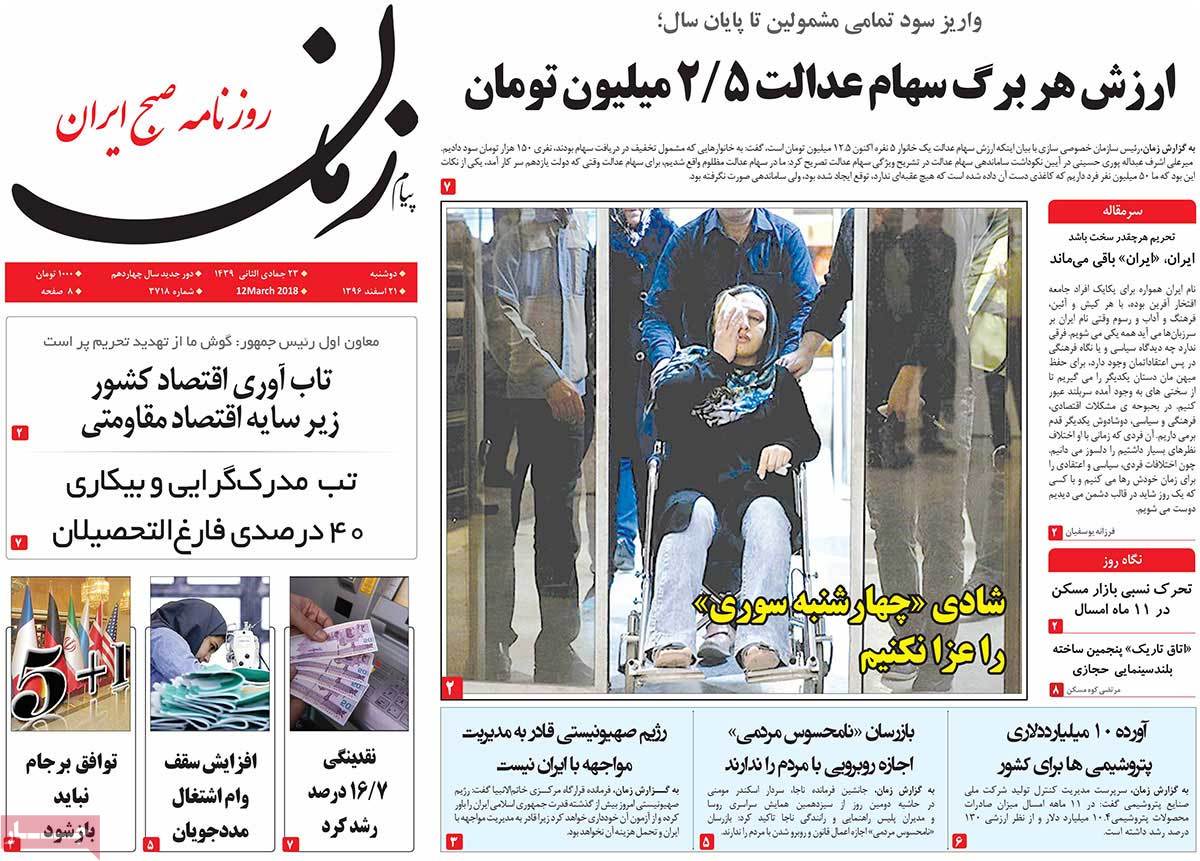 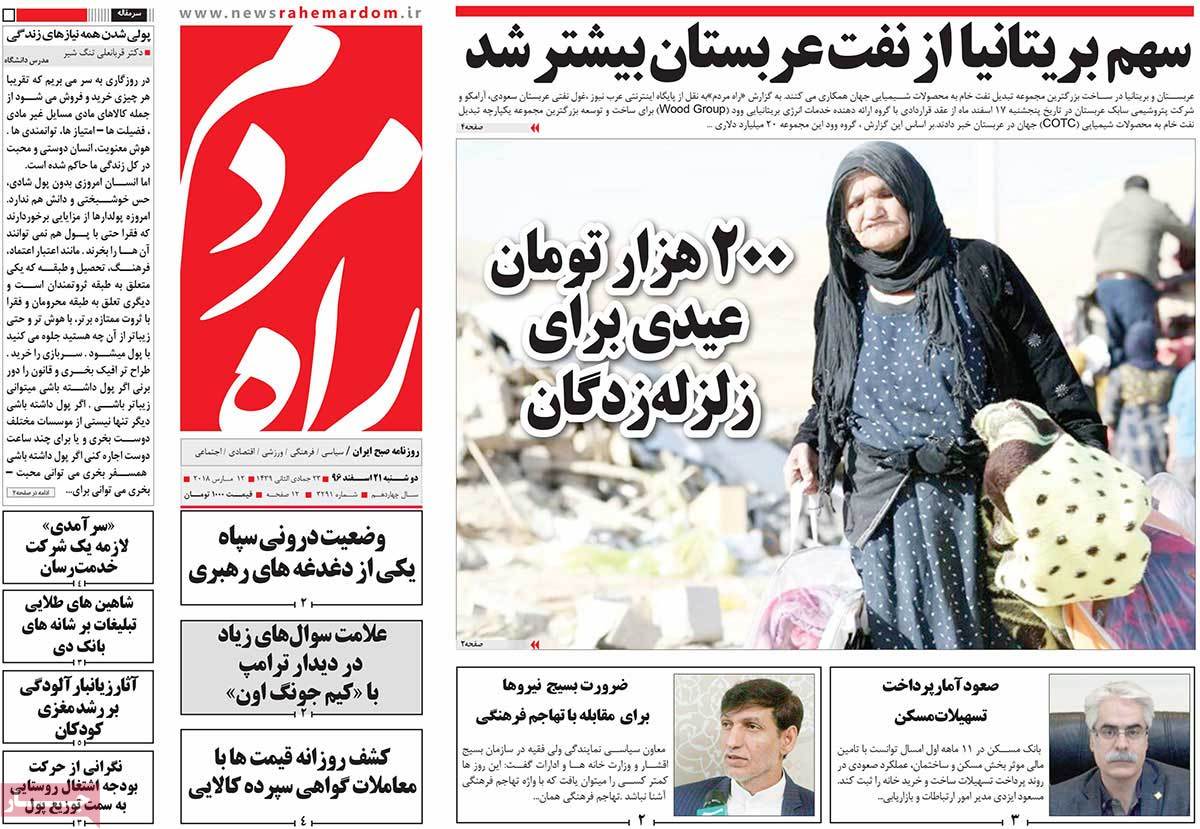 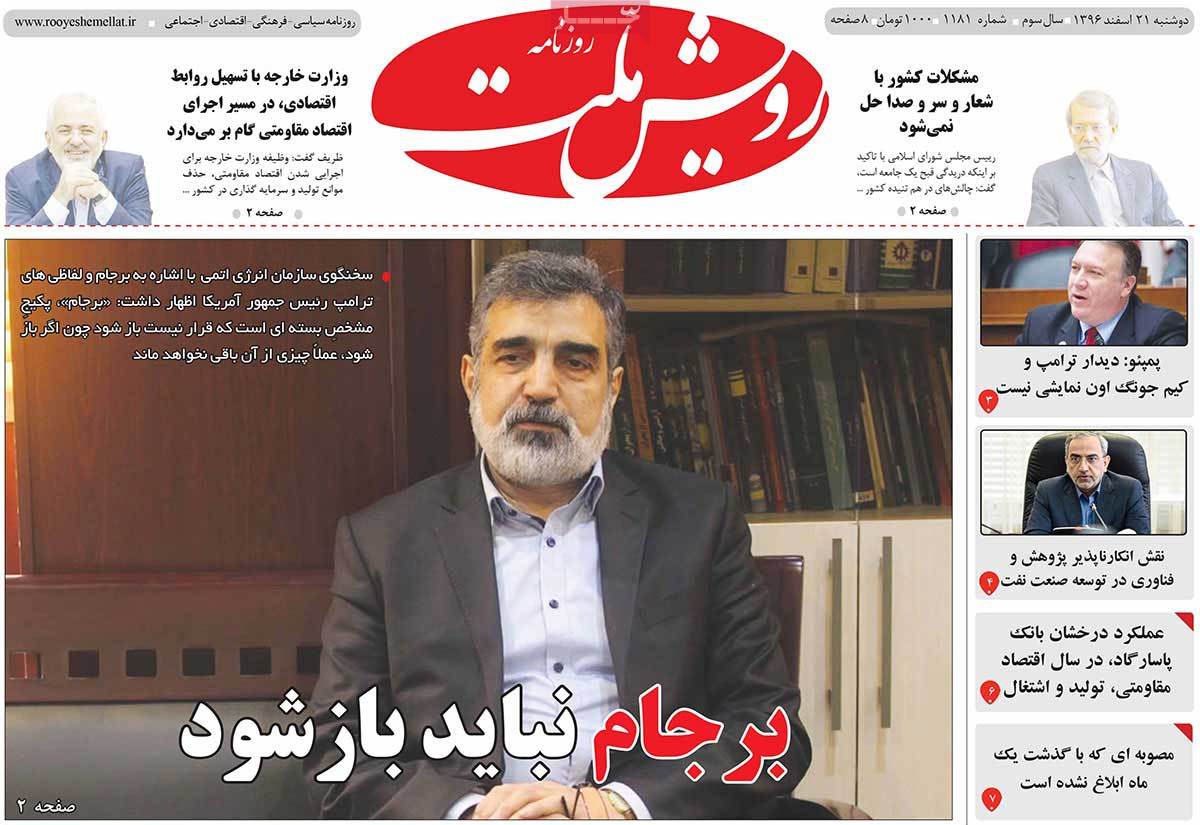 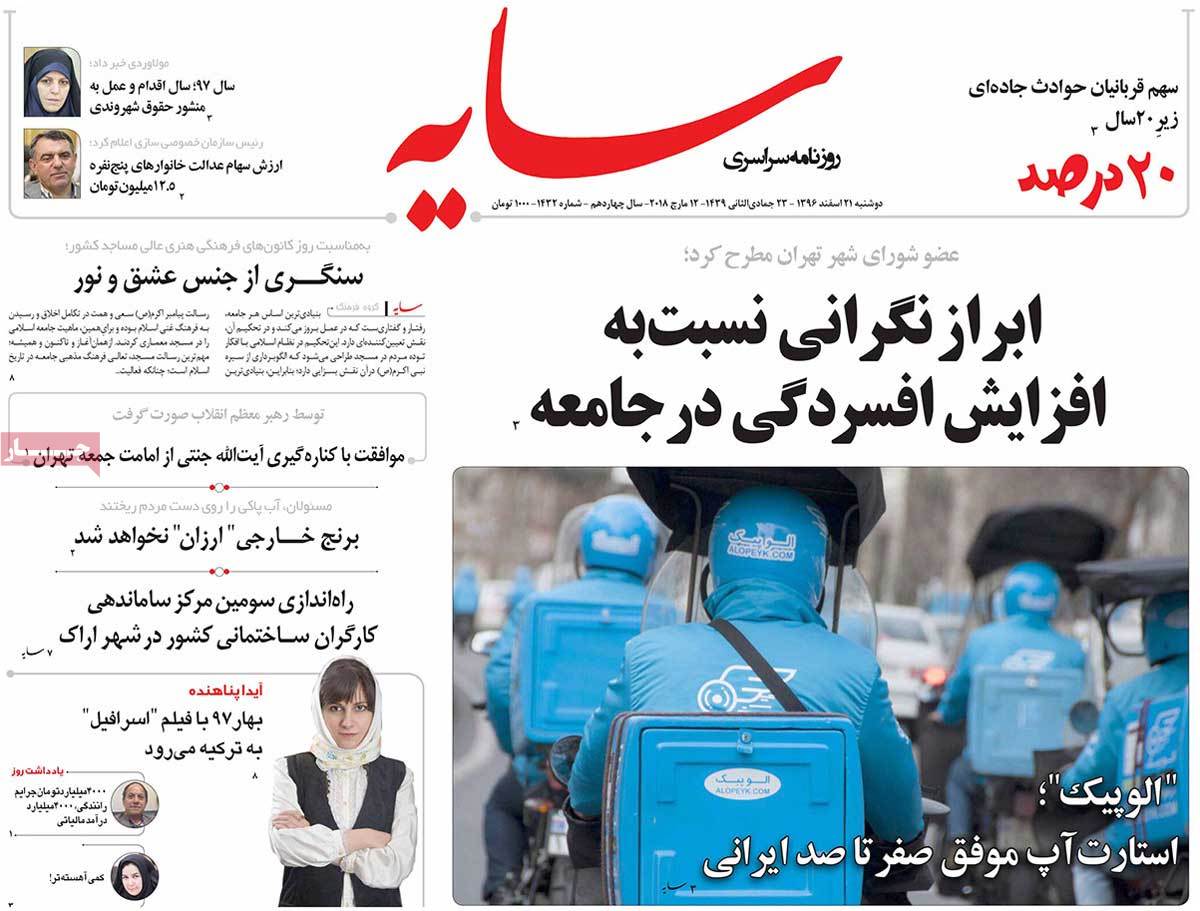 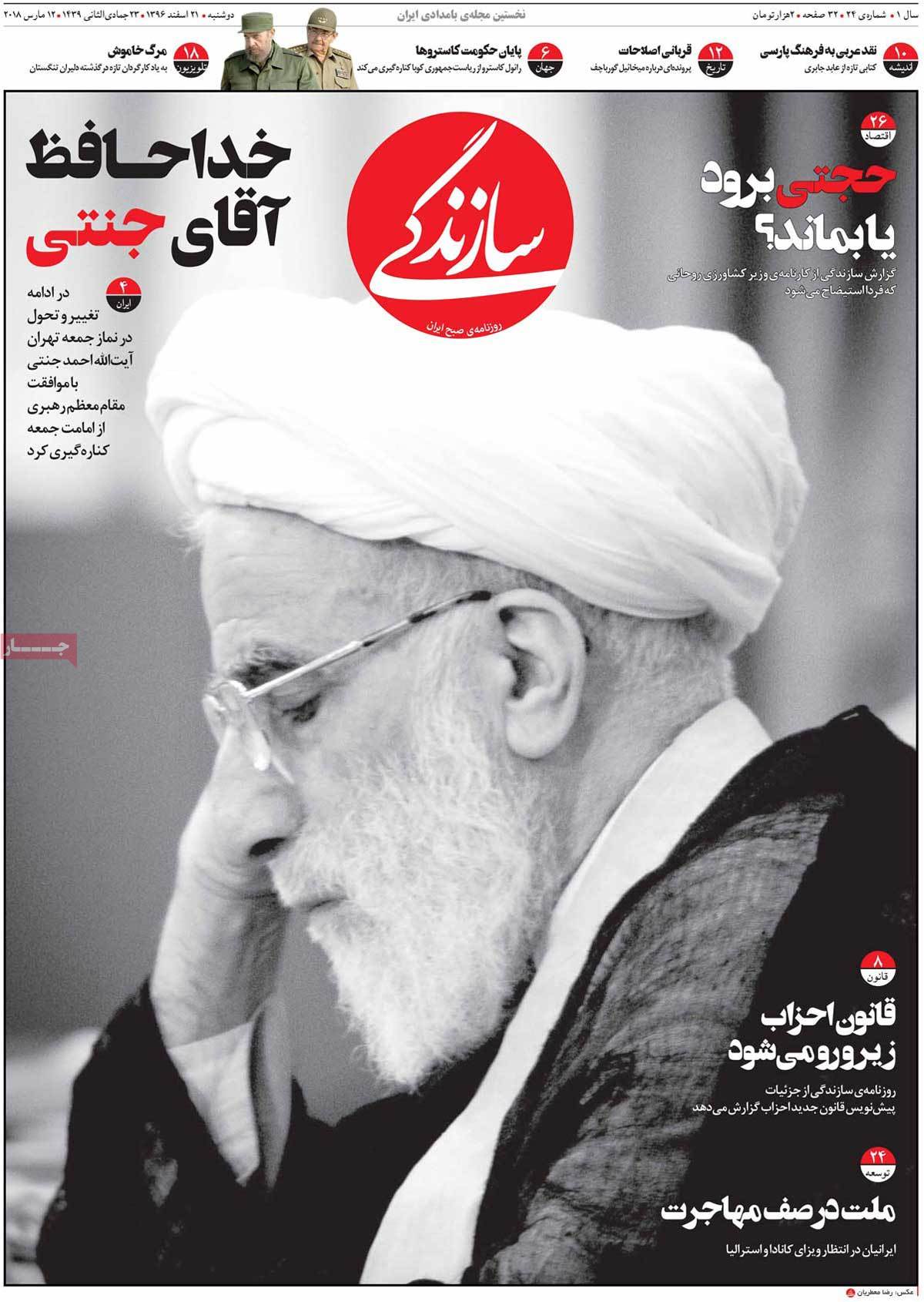 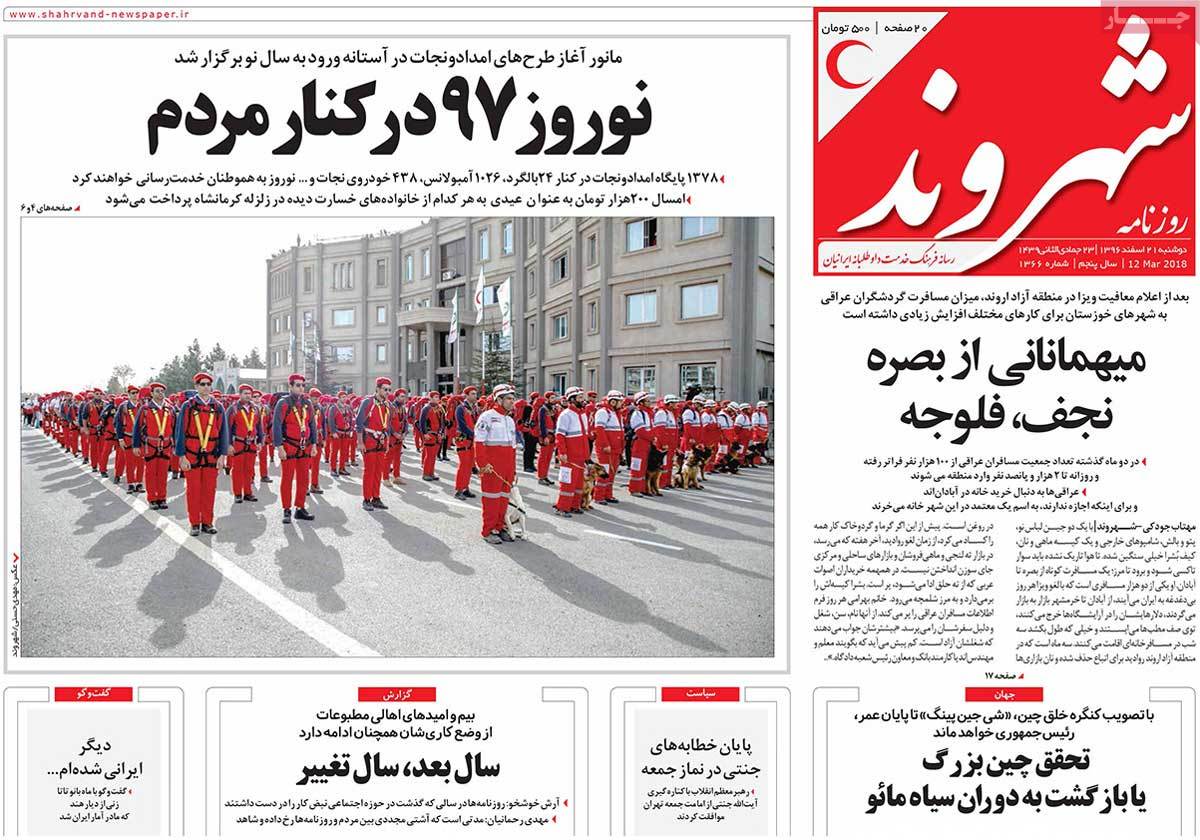 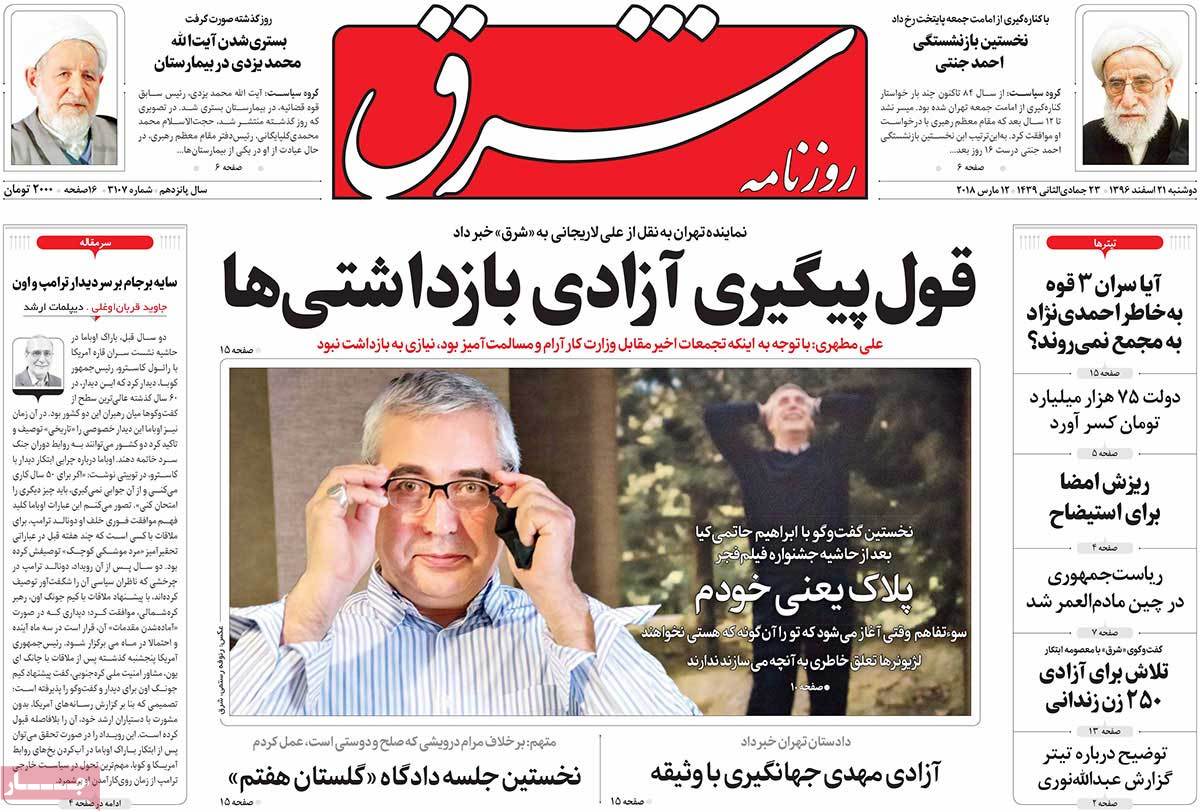 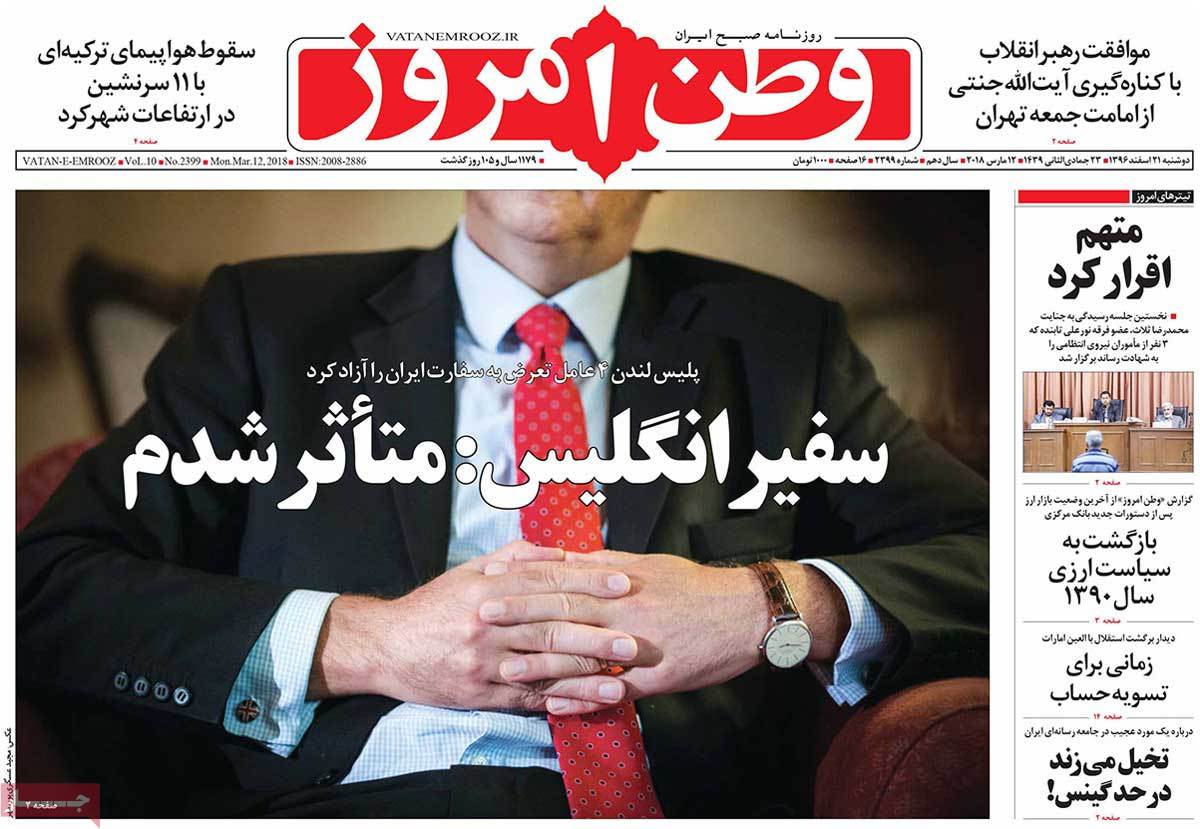