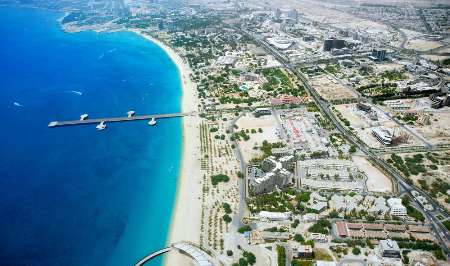 Financial Tribune- Iran has endeavored for years to devise the right set of conditions to facilitate the entry of foreign financial institutions in its free trade zones and those efforts only intensified following the implementation of the nuclear accord that spotlighted the importance of having correspondent banking relations.

At present, the country has taken another step forward in paving the way for the establishment of foreign banks on its soil, as the secretary of the High Council of Free Trade Zones has announced that the final bylaw for this purpose has been readied.

“The bylaw for establishing foreign banks has been devised by the Central Bank of Iran and sent to the Economy Council, which will make it possible to set up a foreign bank in FTZs,” Morteza Bank also told Mehr News on Saturday.

He was speaking in a joint meeting with the directors of the country’s FTZs held at the Imam Khomeini International Airport, which was the second in a string of biweekly gatherings aimed at increasing coordination.

The official had said in late 2017 that a draft version of regulations has been devised during a series of meetings with CBI representatives and governor, Valiollah Seif.

The original directive concerning offshore banks in FTZs was approved 17 years ago and is now being redeveloped to adapt to prevailing conditions.

Seyyed Mahmoud Ahmadi, CBI’s secretary-general, had enumerated the regulator’s gold standard for establishment of offshore banks in FTZs last February, referring to them as meeting the goal of FTZs in attracting foreign investments, guaranteeing financial stability and not becoming a conduit for capital flight.

The minimum required capital for the establishment of banks in FTZs has also been one of the main issues that sparked debates in recent years.

In July 2016, the Money and Credit Council, Iran’s top financial decision-making body headed by the CBI governor, announced that the minimum capital has been increased to €150 million from the previous €25 million.

The move was aimed at ensuring a capital cushion, but garnered much criticism, most notably from Bank’s predecessor, Akbar Torkan, who said it would deter investors from setting up banks in FTZs. In September, MCC lowered the minimum capital to €100 million.

In his remarks on Saturday, Bank noted that investors wishing to enter Iran’s FTZs will receive incentives such as exemption from tax and customs duties for 20 years, free travel for foreign nationals and completely free lands.

“Following the nuclear deal, investments have flown in from Turkey, China, Italy, South Korea and France in FTZs in the area of small- and medium-sized enterprises,” he said.

According to the secretary of the High Council of Free Trade Zones, a total of $4.5 billion of investments have been approved in FTZs in the past four years, $900 million of which have reached implementation stage.

“Foreign companies are currently present in FTZs and we have achieved good agreements,” Bank said, adding that the council is striving to allocate a notable share of the billions of foreign finance deals attracted by Iran recently to the foreign trade zones.