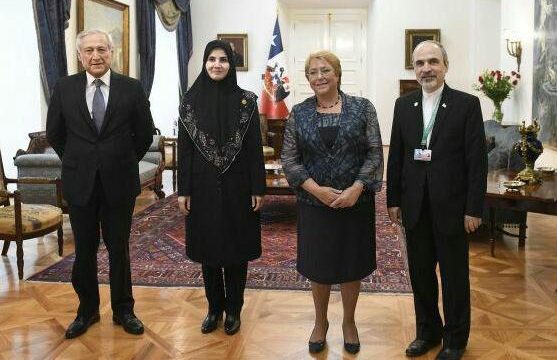 She also expressed concern over the deteriorating conditions of women and children in Yemen, Palestine and parts of Syria.

The Iranian vice president wished success for the outgoing Chilean president in her new post in the UN.

During the meeting, the former Chilean president, for her part, referred to development of ties between the two countries in his tenure and voiced hope for continuation of this approach.