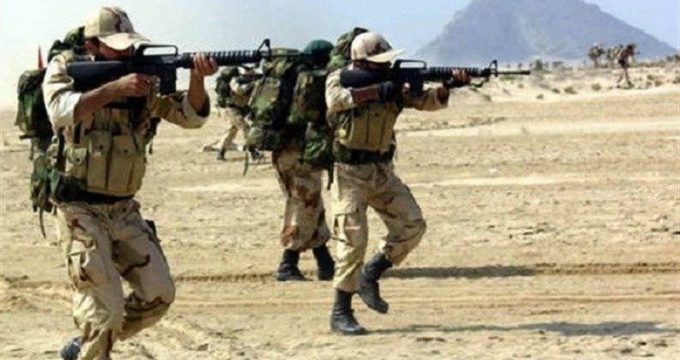 On Sunday, terrorists sought to ram their explosive-laden vehicle into one of the IRGC’s border posts in the city of Saravan of Sistan and Baluchestan Province, the Corp’s Sepah News outlet reported.

IRGC forces, however, responded in time and destroyed the vehicle.

One of the terrorists, who had failed to reach the border post, meanwhile, blew up his explosive vest.

Over the past years, Iranian border guards have repeatedly come under attack by terror groups active on Pakistani soil. Several terror activities have been thwarted near the border with Pakistan, while many terrorists have been arrested.

Security forces also frequently clash with drug traffickers in the province, which lies on a major smuggling route for Afghan opium and heroin.

Armed outlaws kill ten Iranian border guards in the southeast of the country.

Last May, 10 Iranian border guards were killed in clashes with terrorists near the town of Mirjaveh in the province. Three more were also injured in the attack claimed by the so-called Jaish ul-Adl terror group.