A Look at Iranian Newspaper Front Pages on March 11

Iran Front Page- IFP has taken a look at the front pages of Iranian newspapers on Sunday, March 11, and picked headlines from 20 of them. IFP has simply translated the headlines and does not vouch for their accuracy.

Many papers today covered the comments made by the Leader of Iran’s Islamic Revolution Ayatollah Seyyed Ali Khamenei in a meeting with a group of teenagers and young Iranians ahead of their visit to former war fronts in western and south-western Iran.

Also a top story was the recent attack on the Iranian embassy in London and the ensuing reactions, particularly Iran’s criticism of the UK police’s inaction amid the attack. 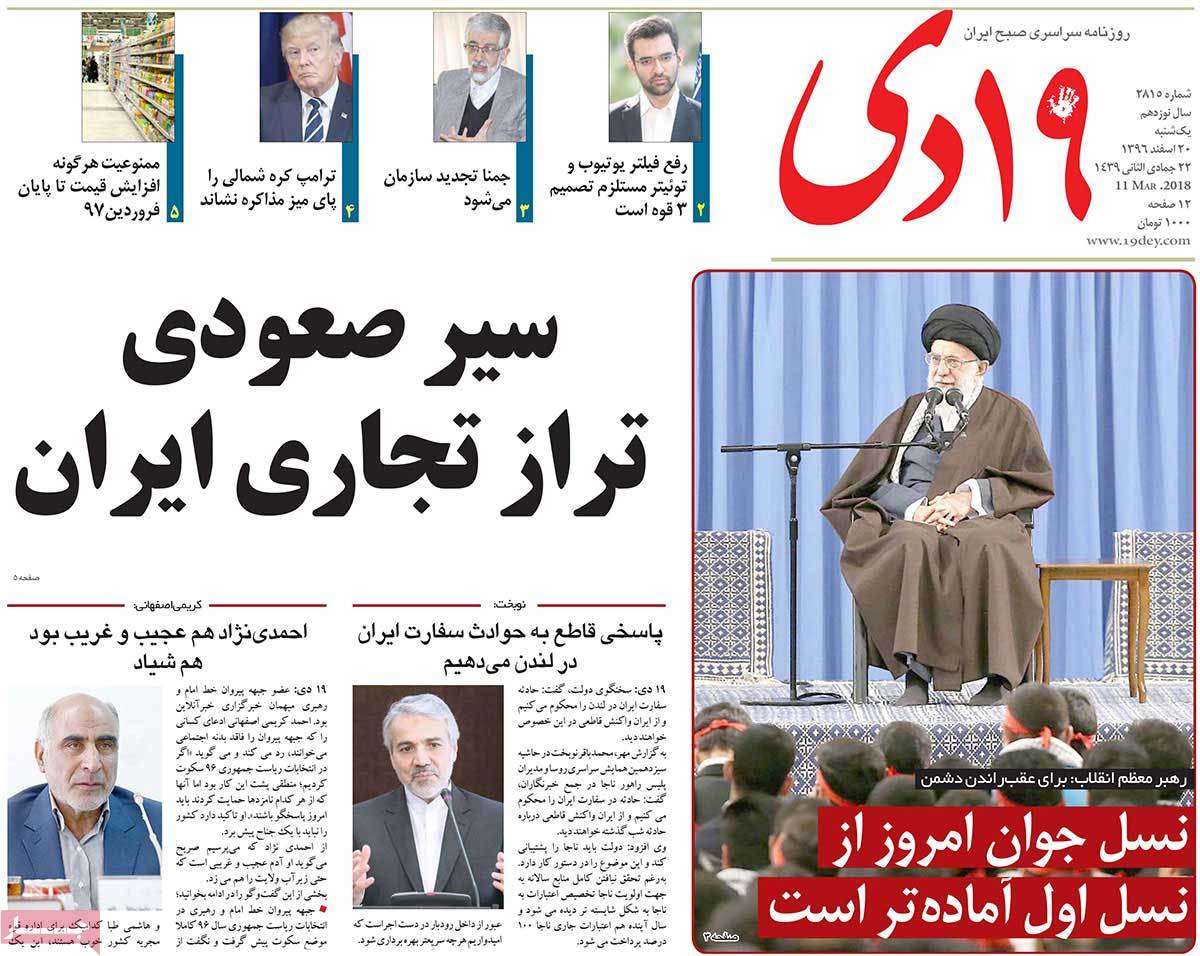 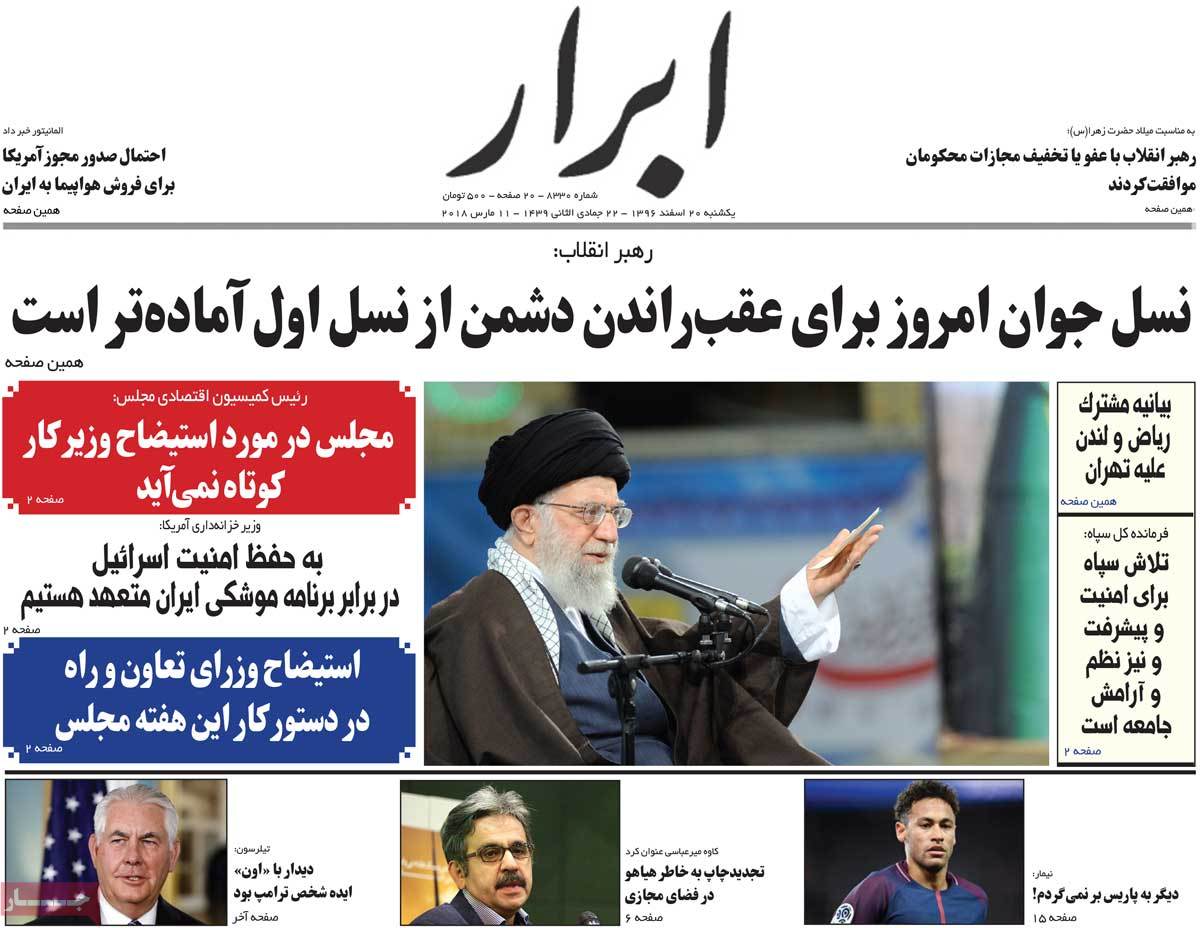 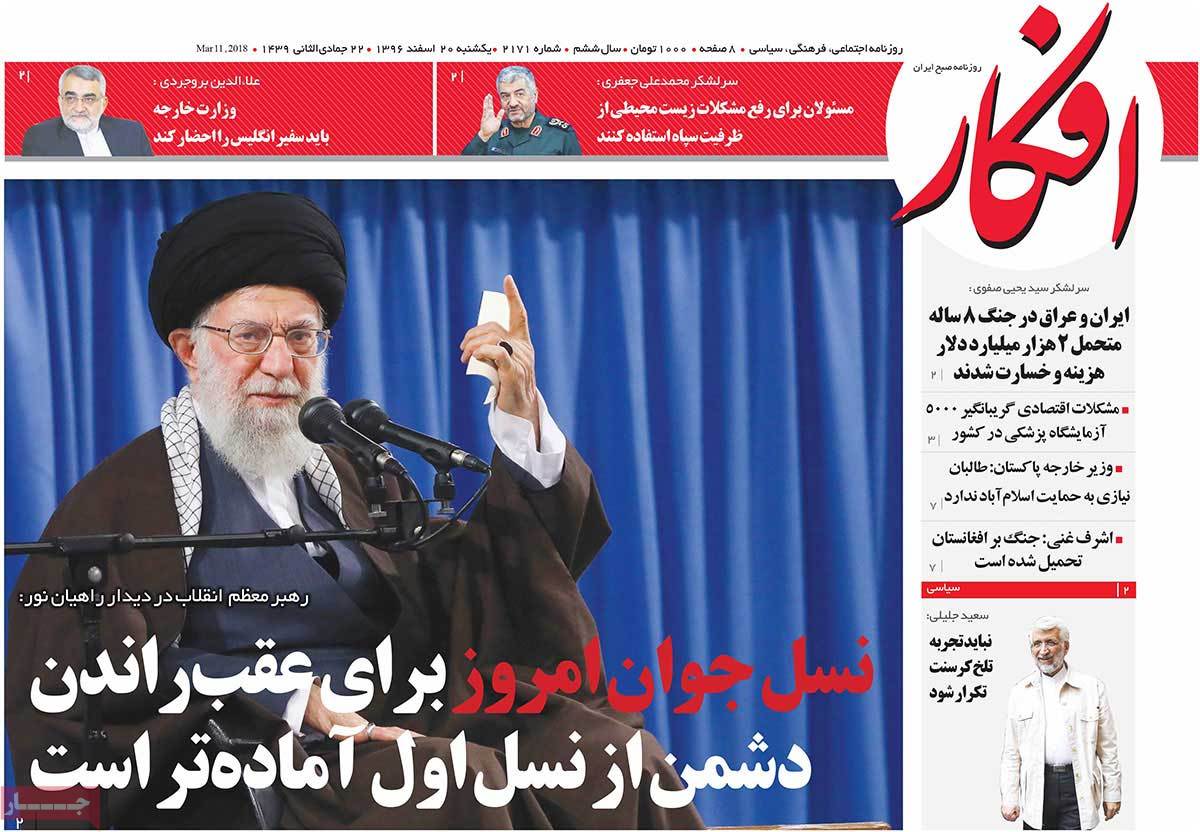 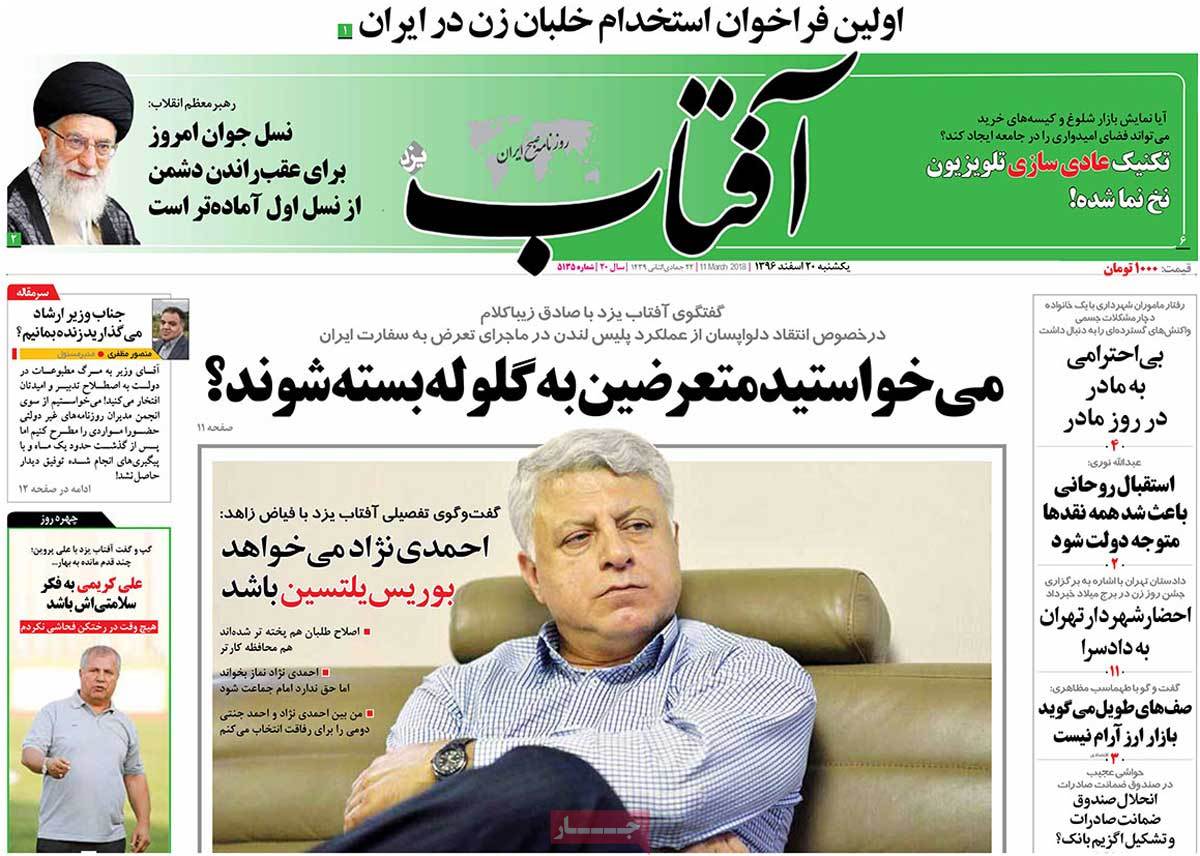 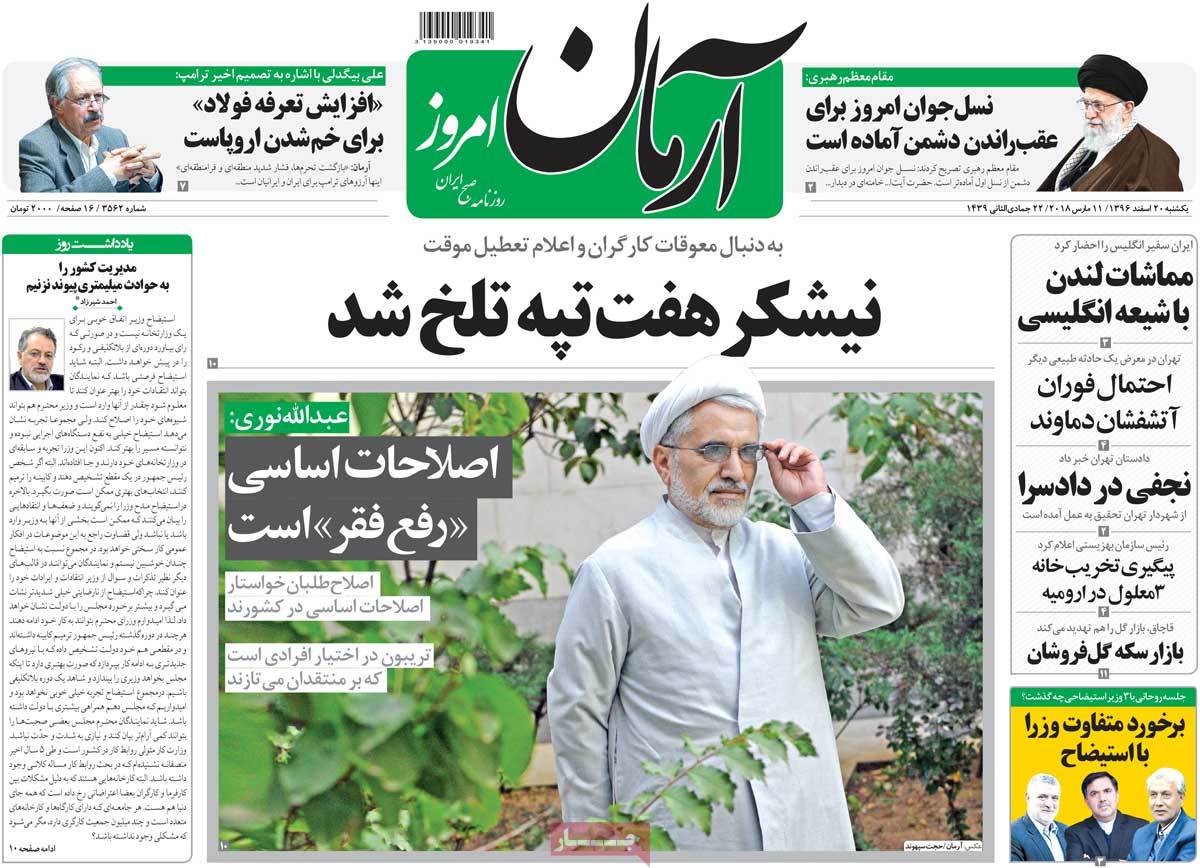 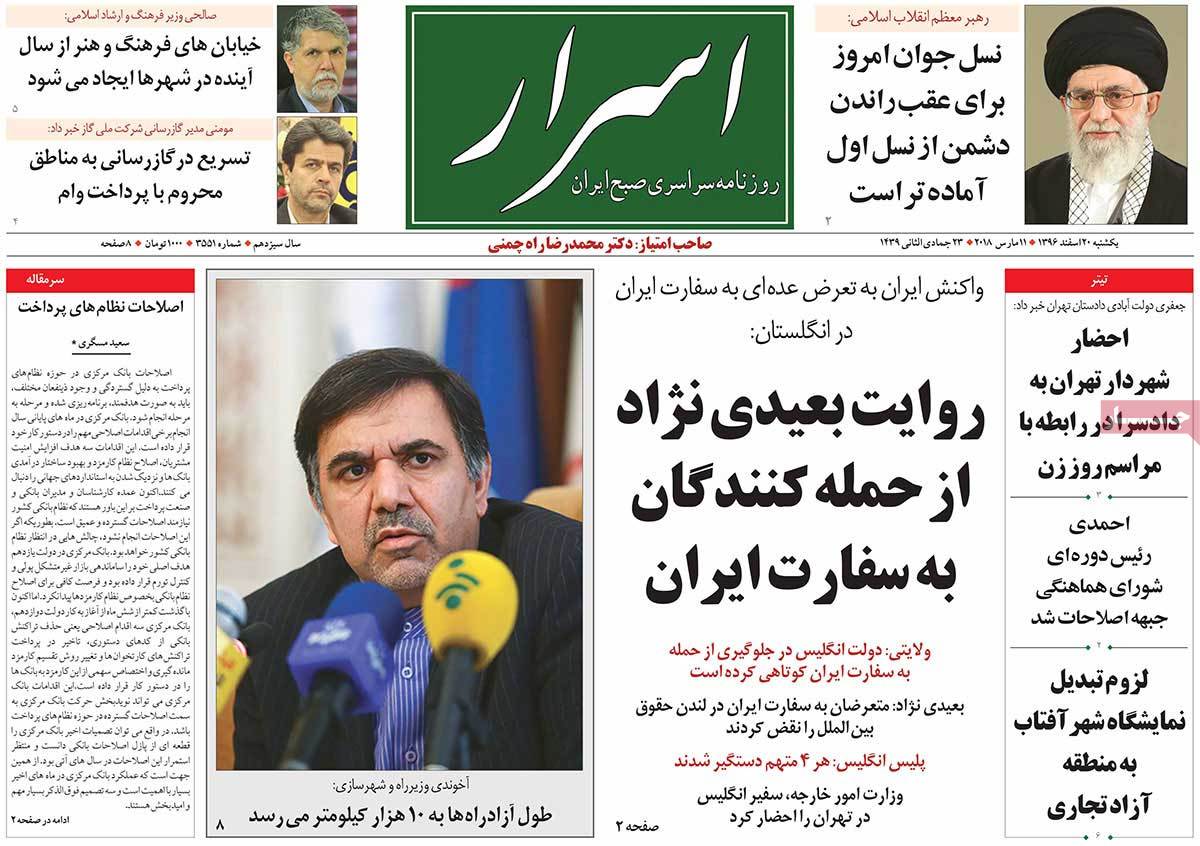 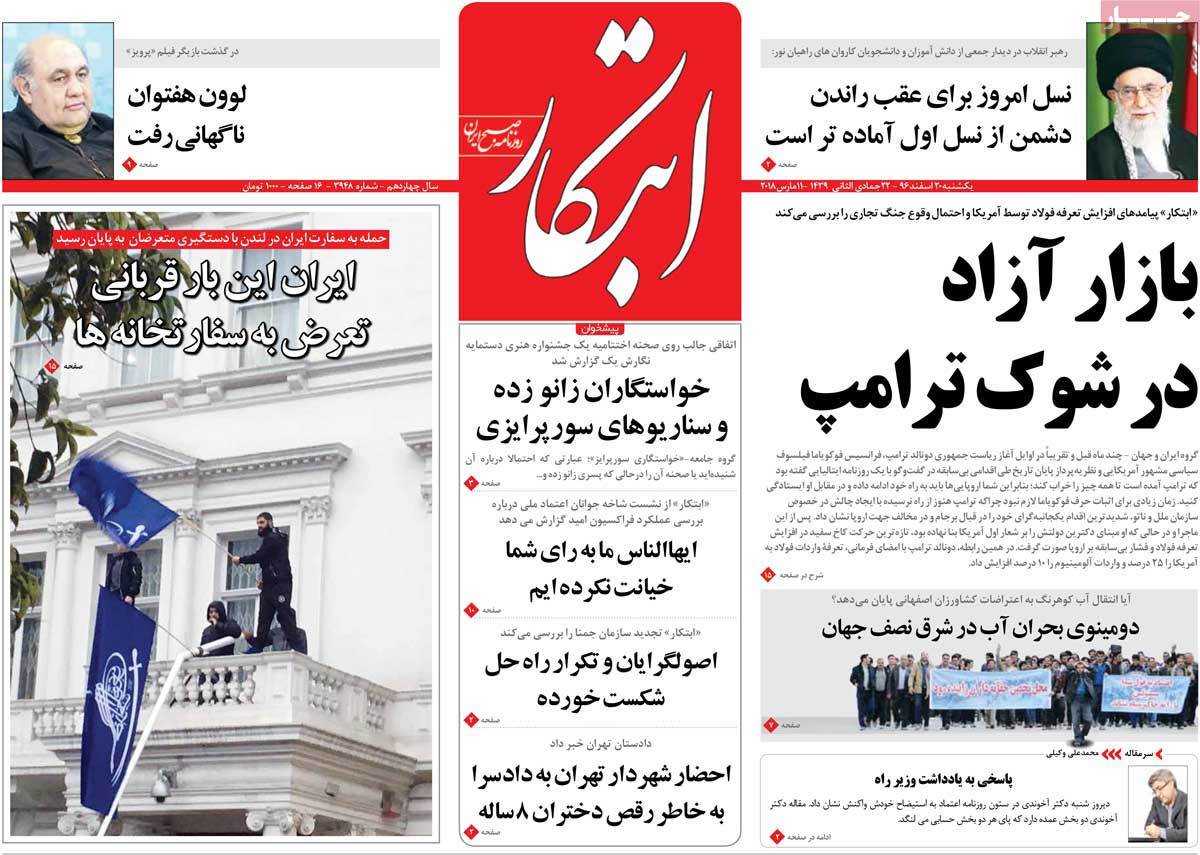 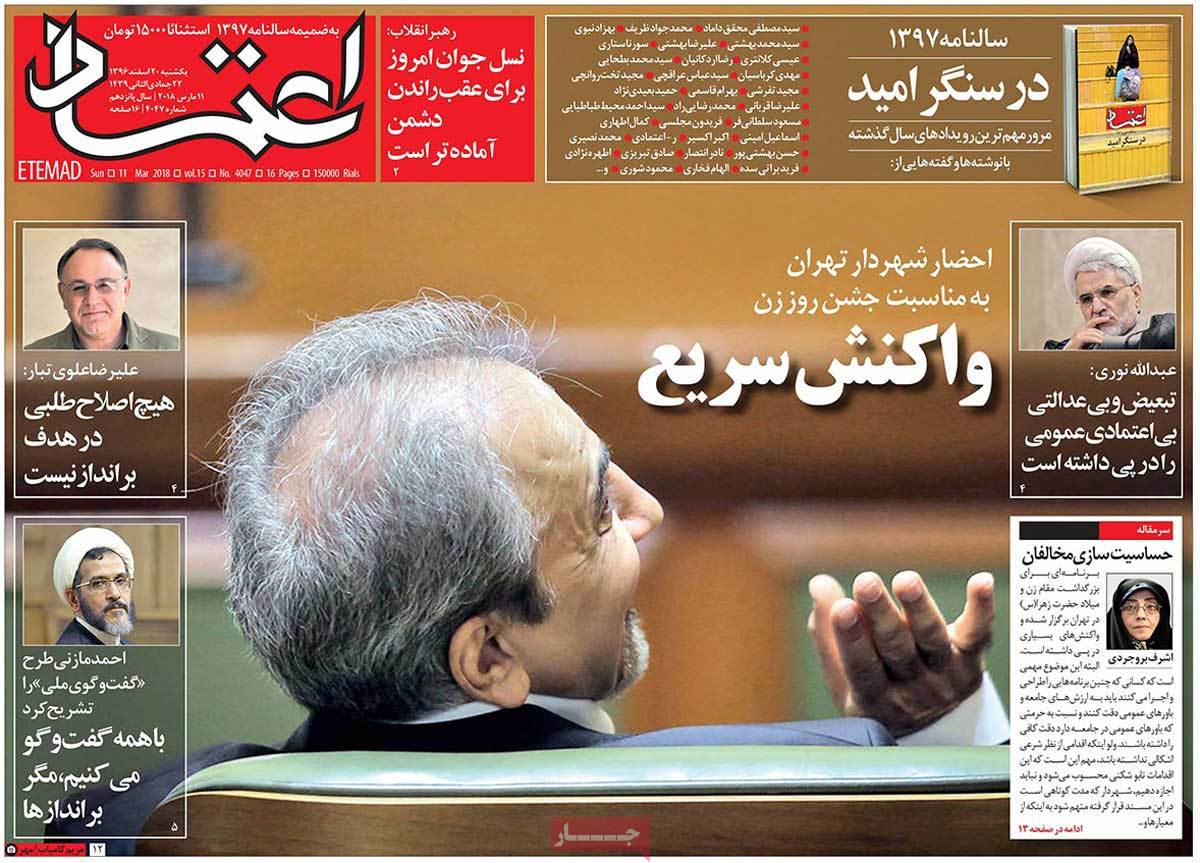 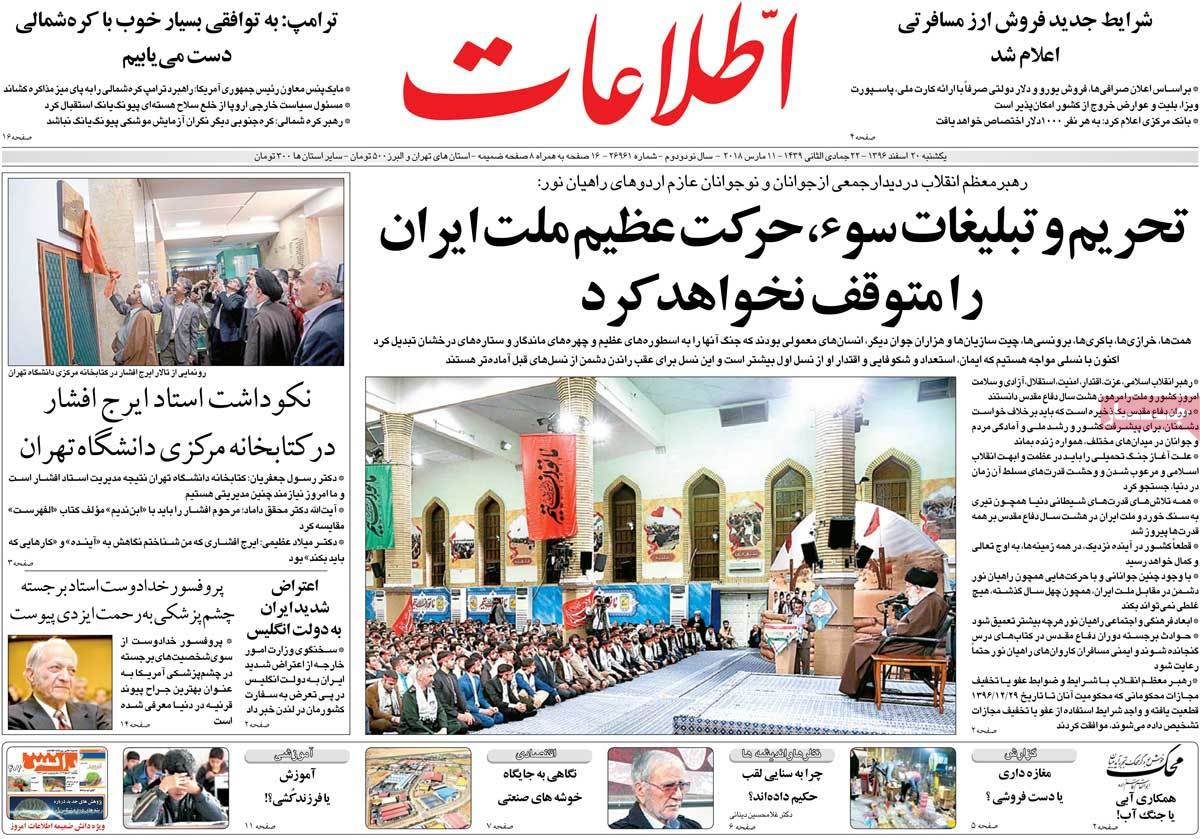 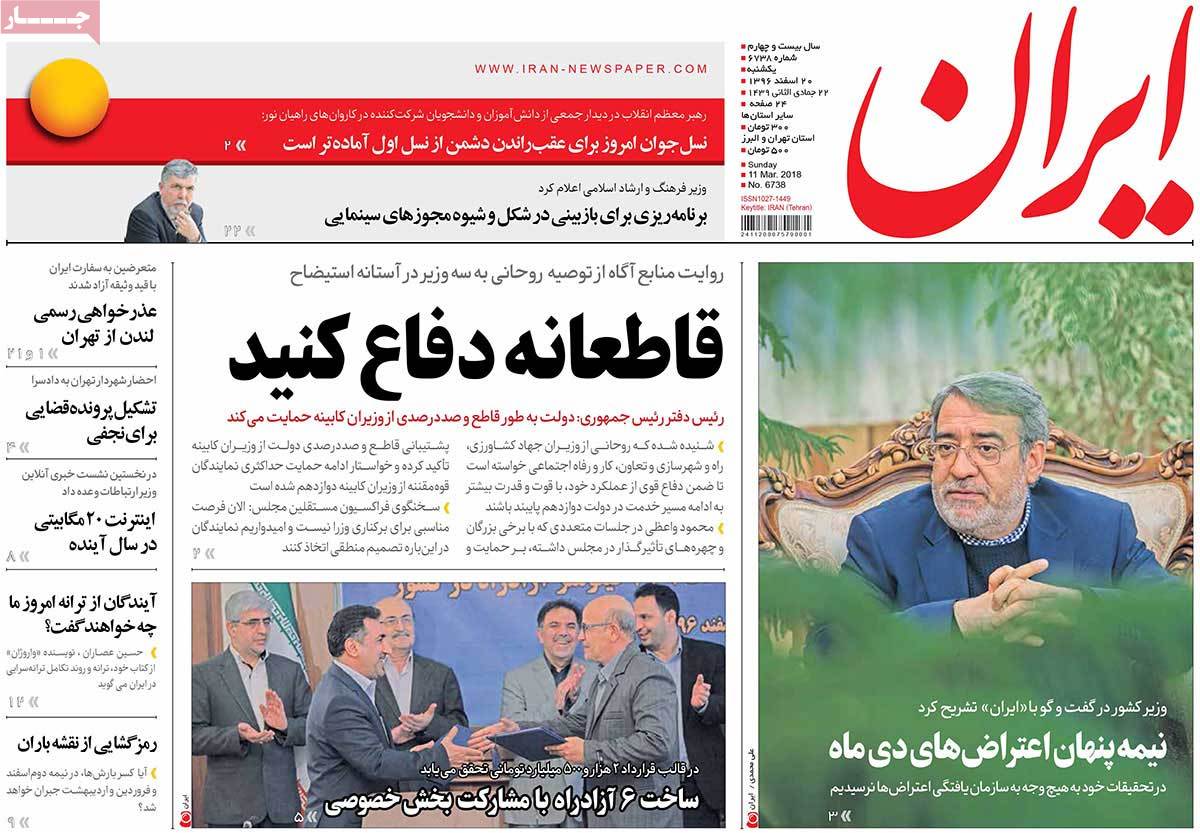 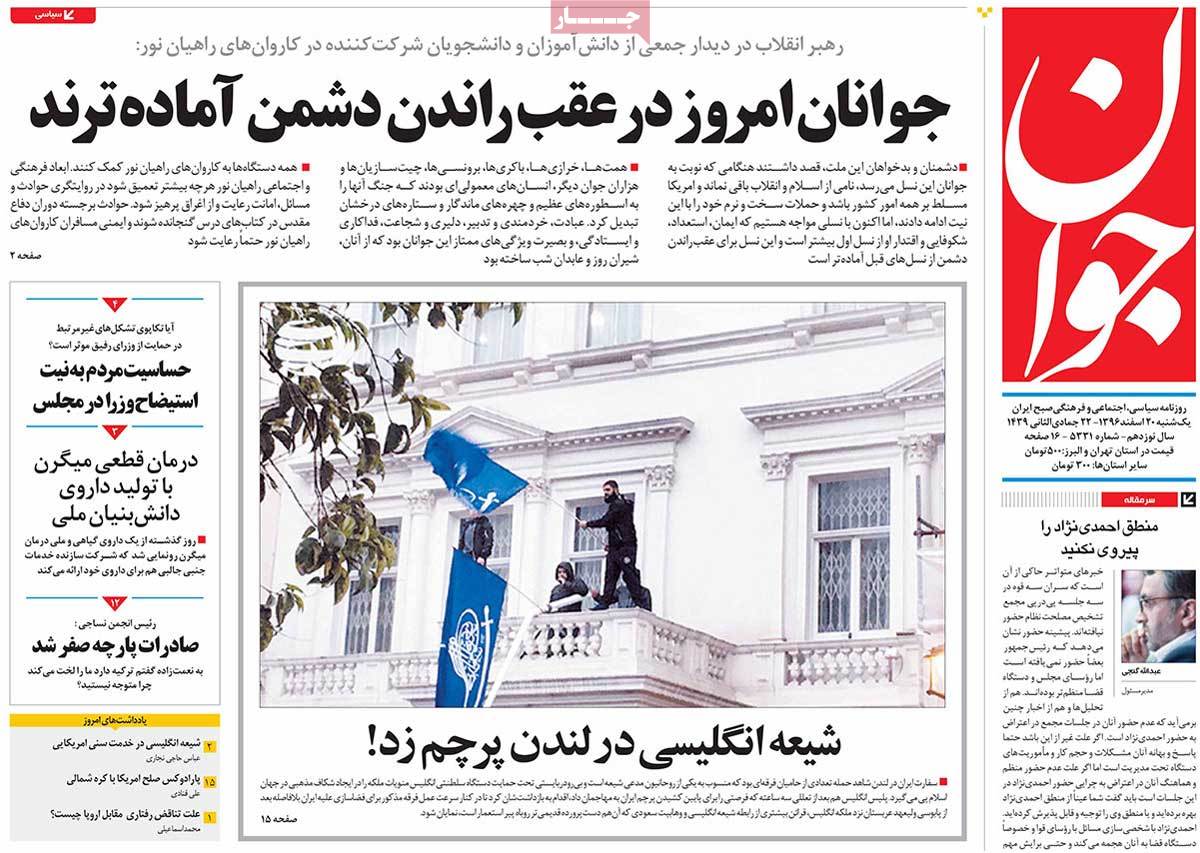 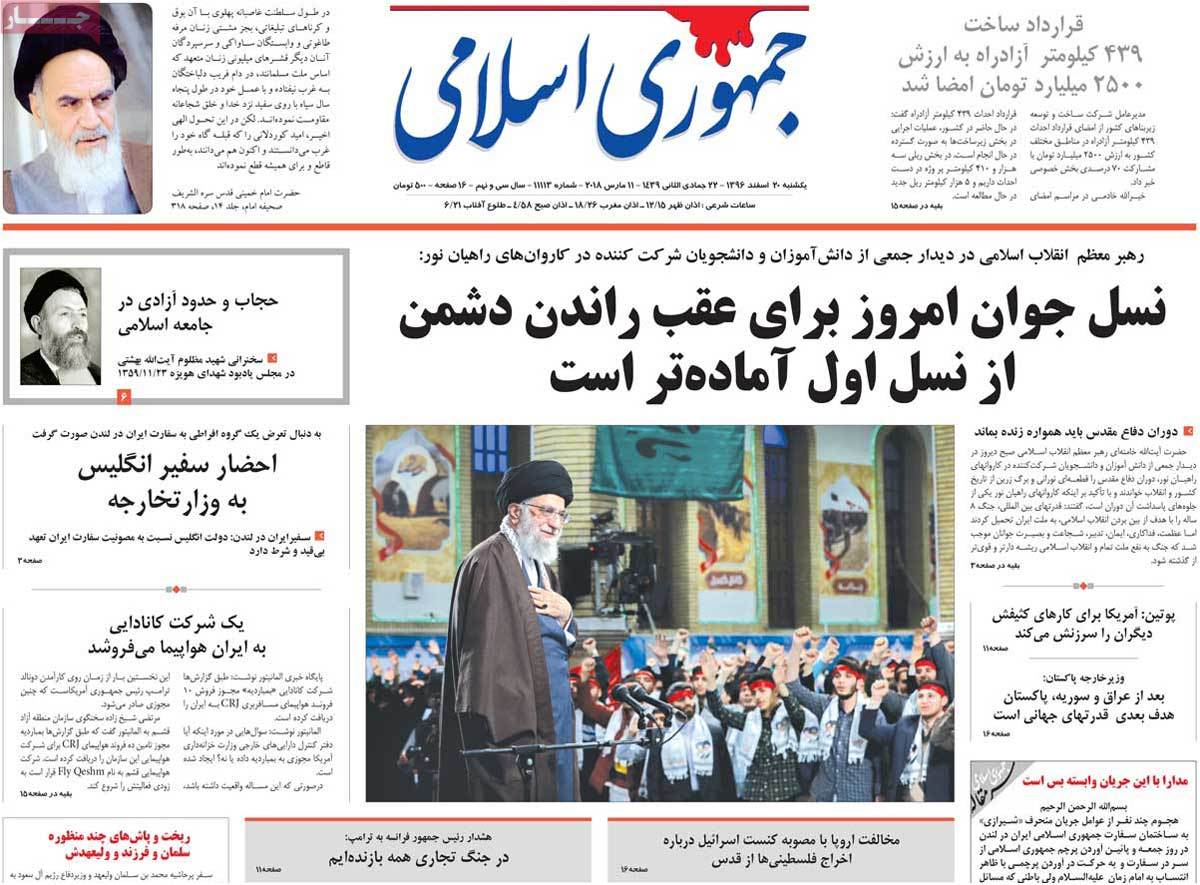 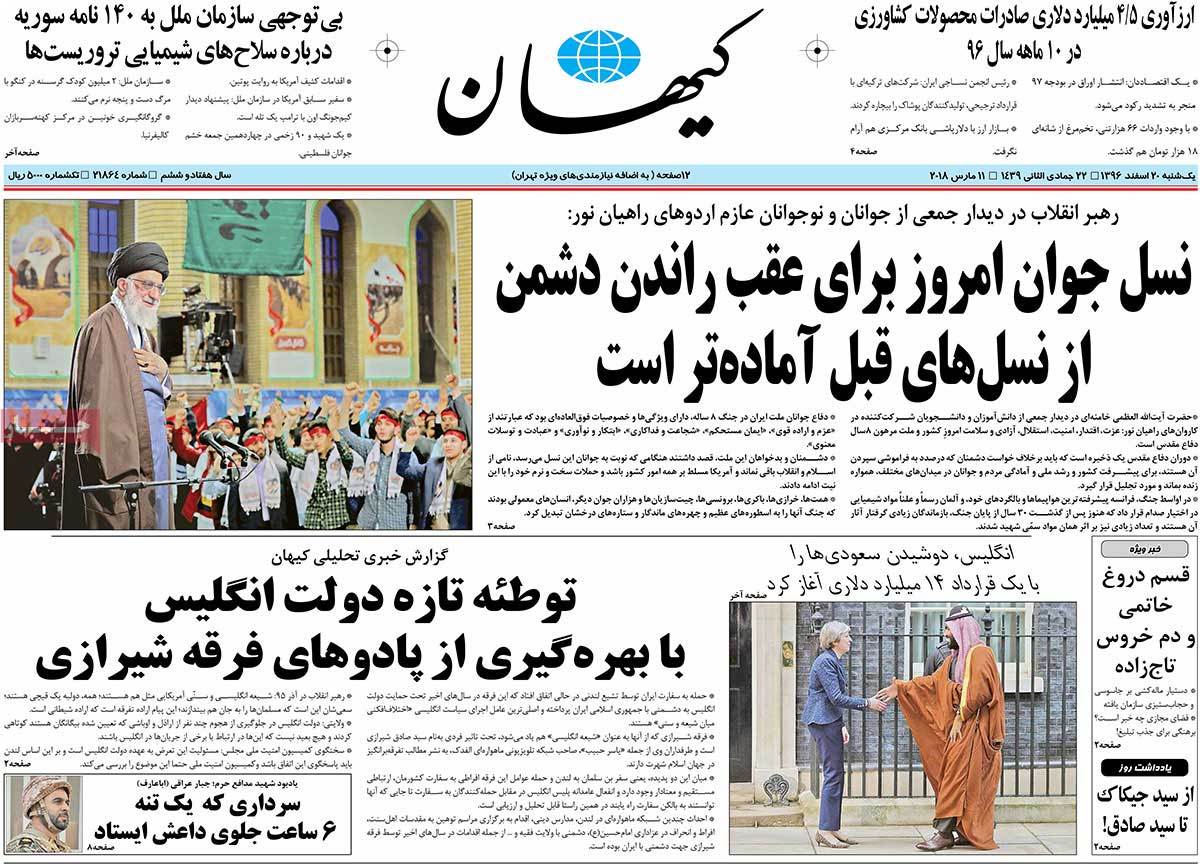 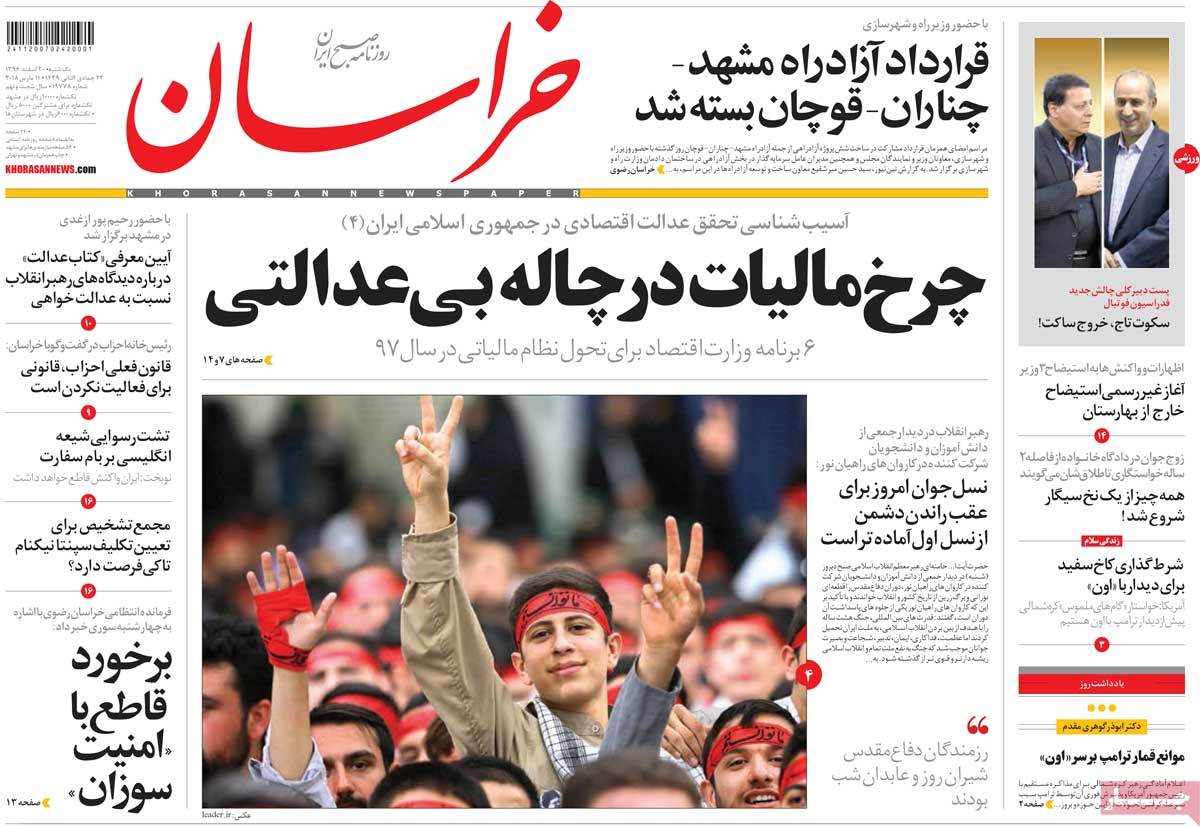 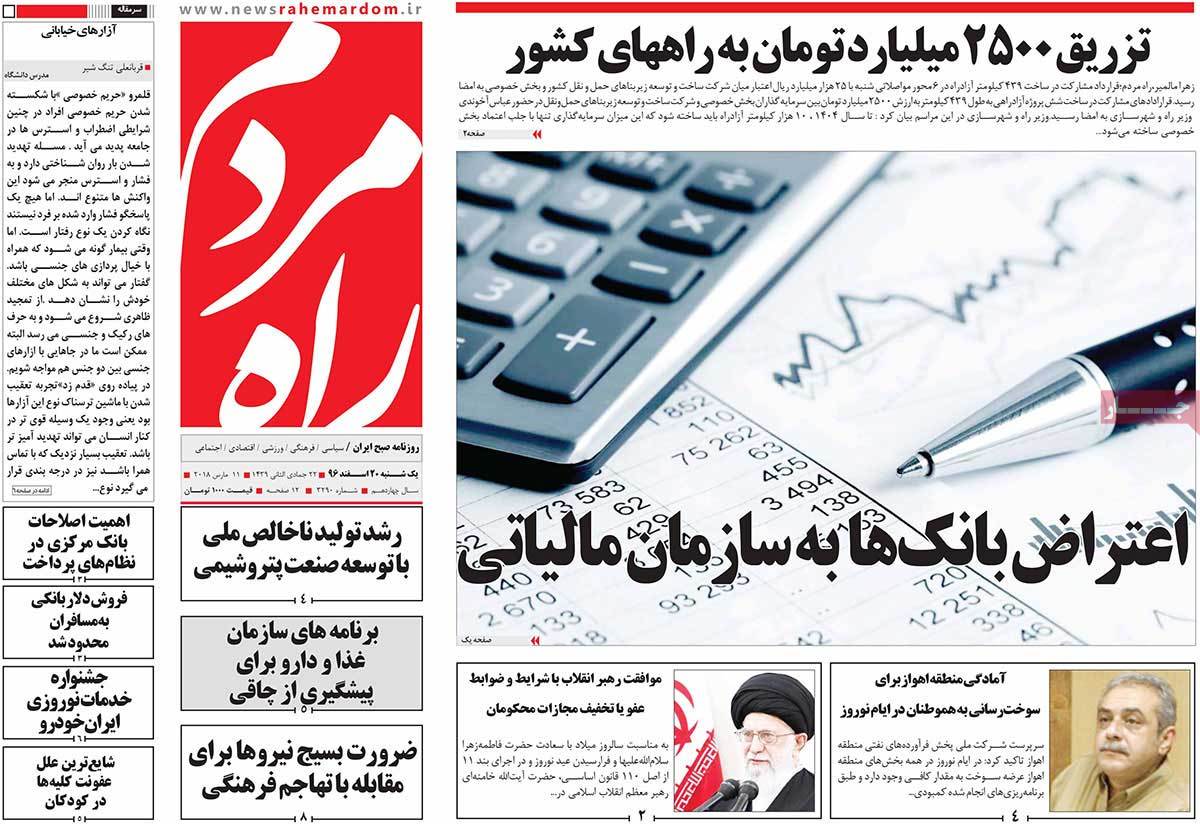 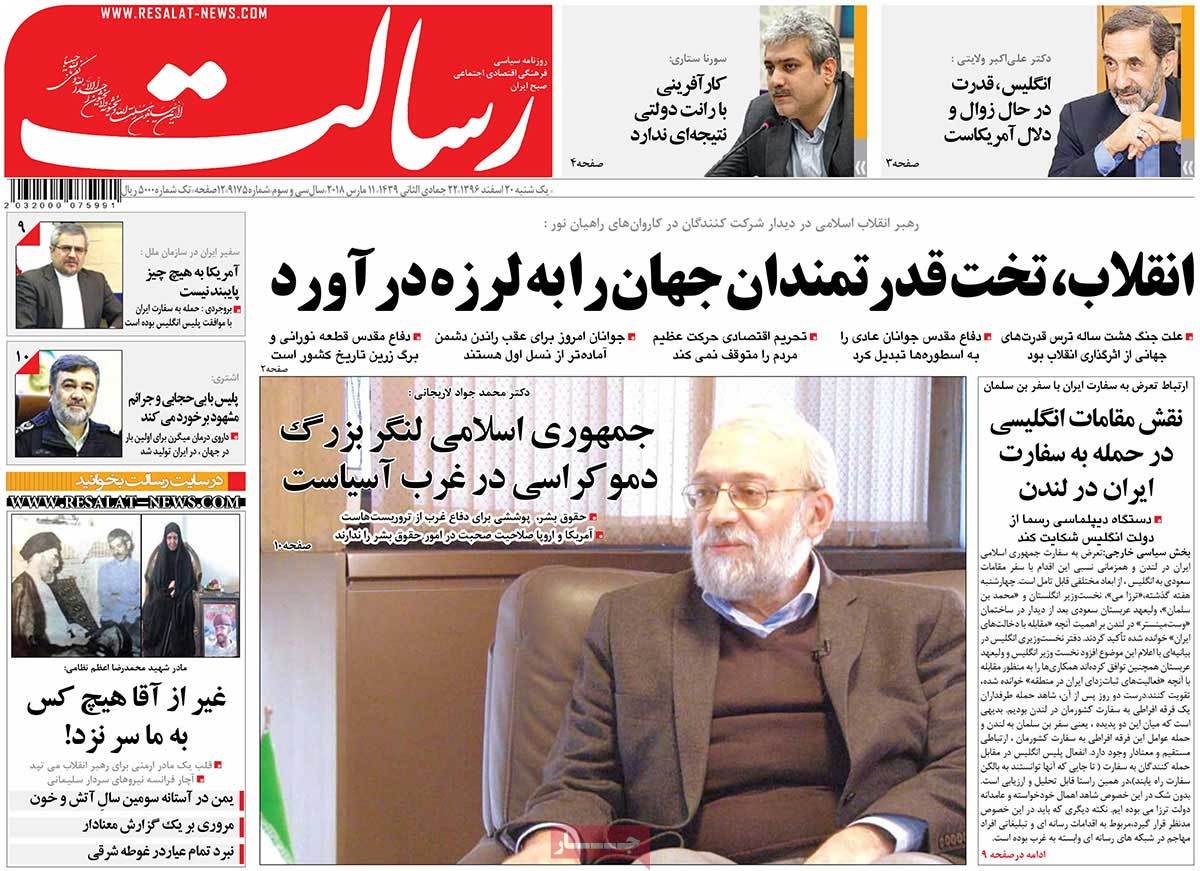 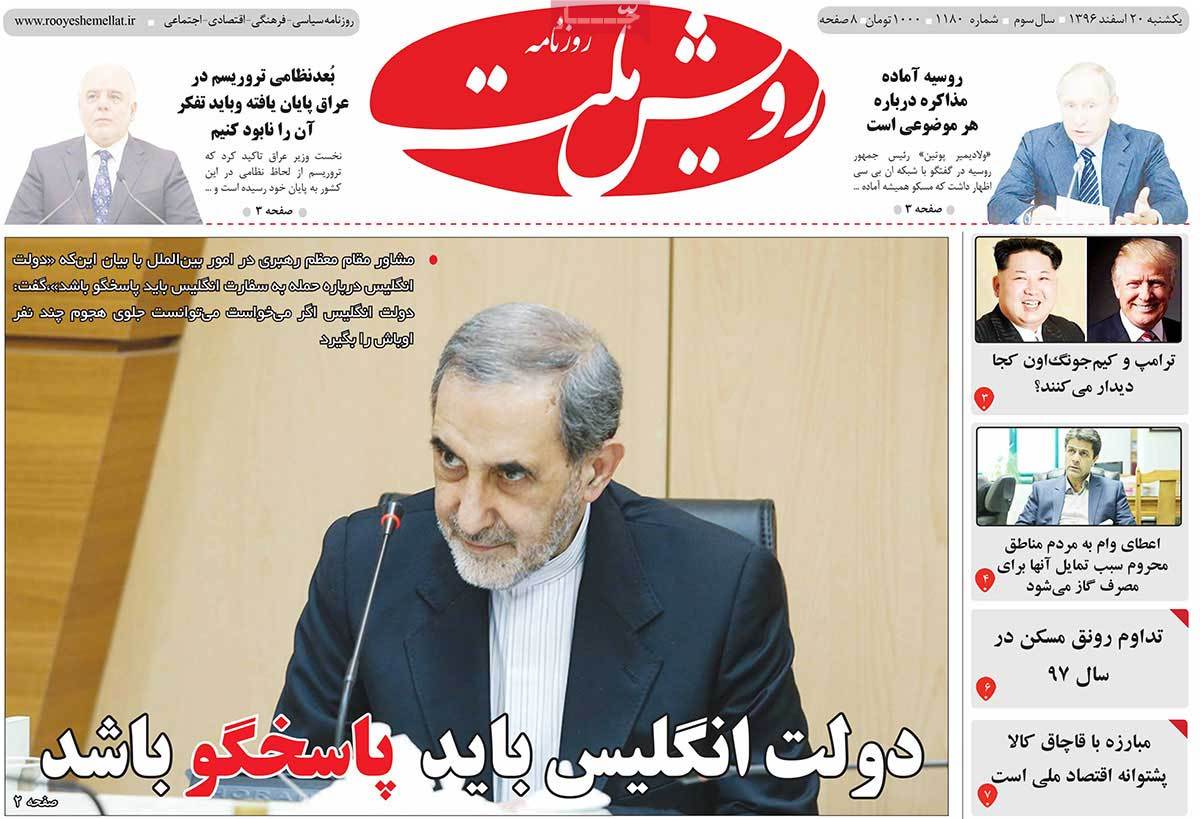 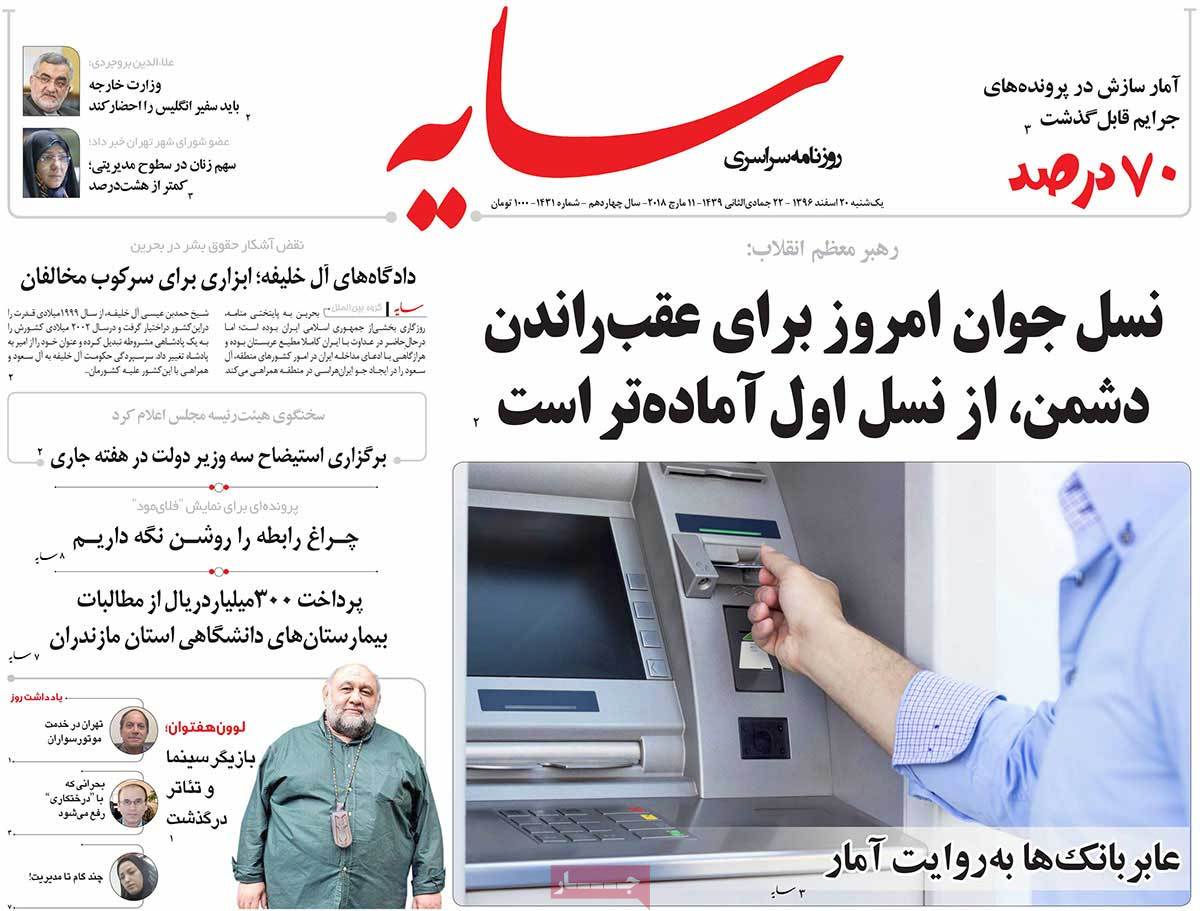 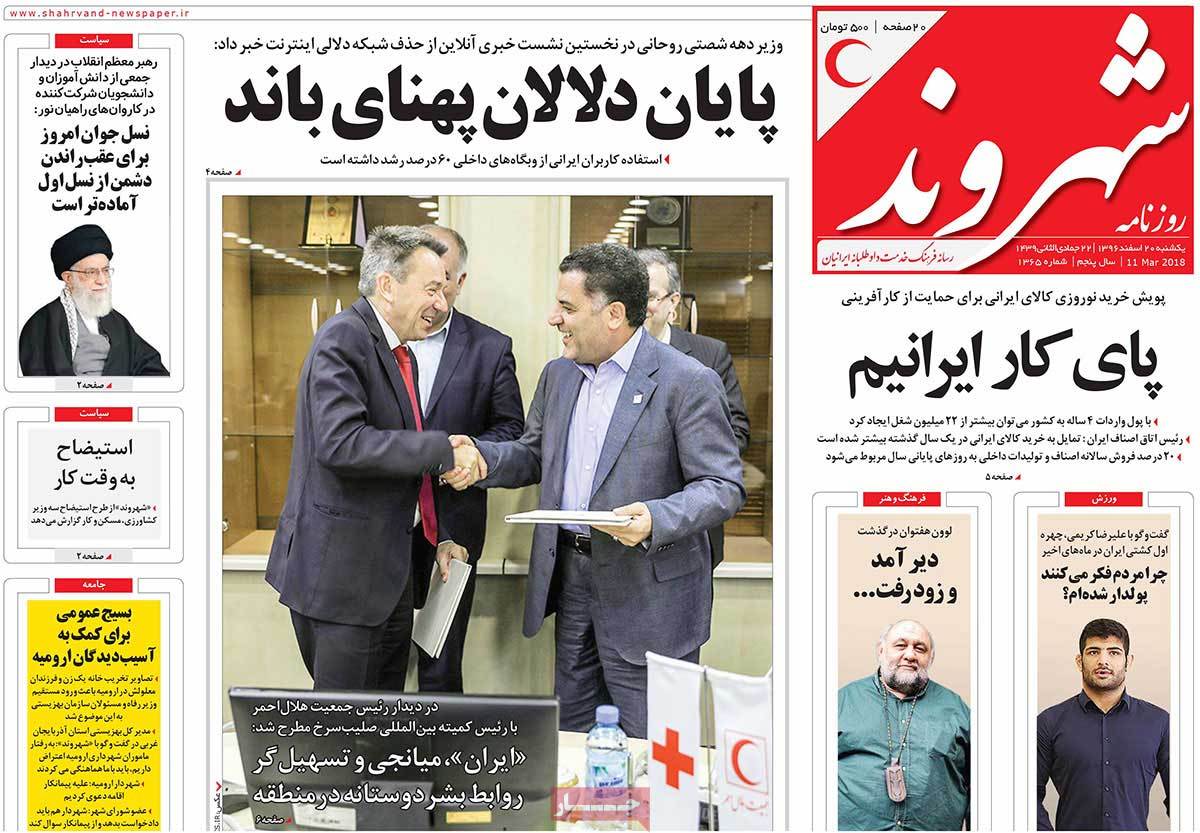 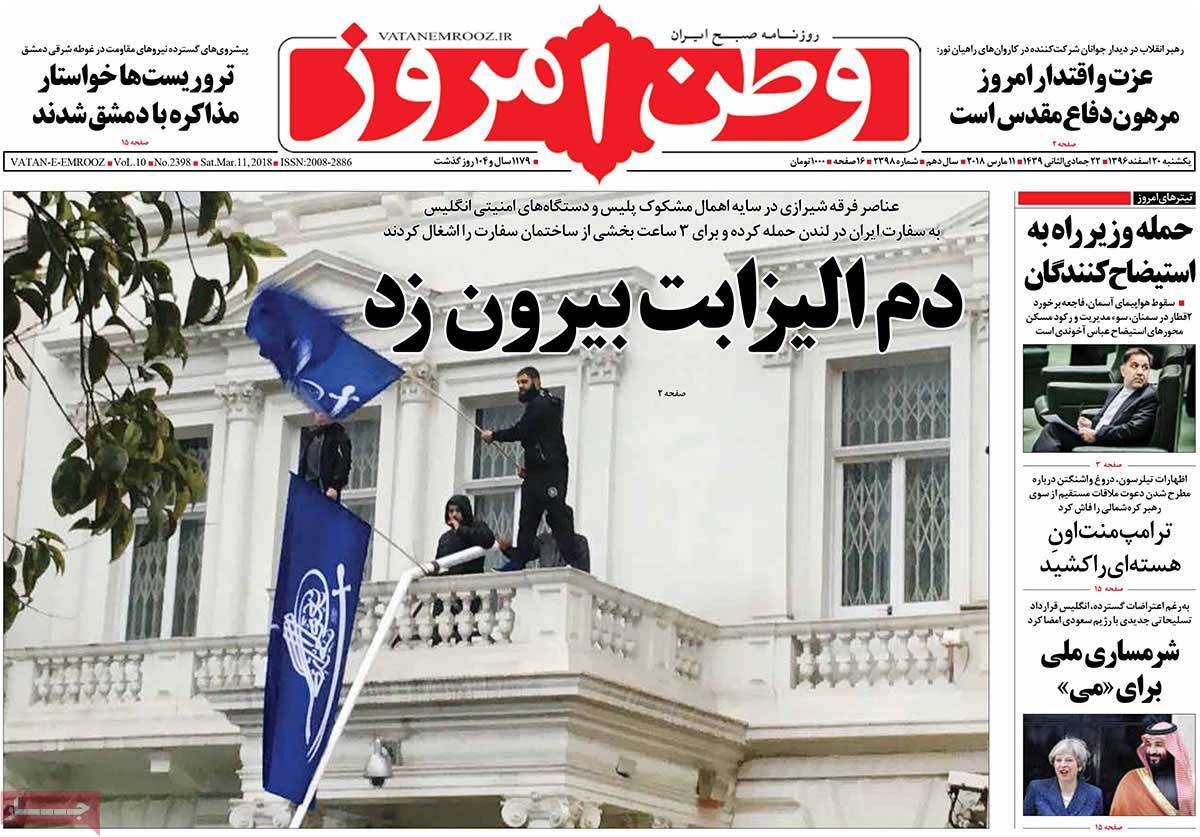