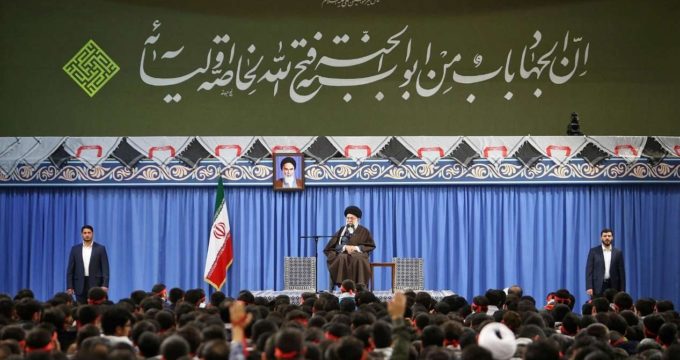 ‘The reason an 8-year war was imposed by Saddam’s Ba’thist regime was due to the splendor and dignity of the Islamic Revolution,’ Ayatollah Seyyed Ali Khamenei said.

When they (world powers) saw that the Islamic Revolution was welcomed by the people of the countries dependent on the US, he added, they decided to destroy it at any cost.

Ayatollah Khamenei added that at the time of the Revolution, Saddam was not the ruler in Iraq; the world powers drove Hassan al-Bakr out to be replaced by Saddam Hussein, who was arrogant and oppressive. ‘They encouraged and persuaded him to attack Iran.’

‘US and EU major powers, like Britain, France, Italy and Germany, all backed Saddam and helped him in every possible way. At the beginning of the war, Saddam’s army had limited equipment. Over time, despite being involved with the war, Saddam’s equipment multiplied,’ added the Supreme Leader.

The former USSR — which was anti-US then — stood with the US on the war against Iran because USSR had many Muslim republics and the Islamic Revolution would remind those republics of their Islamic identity.