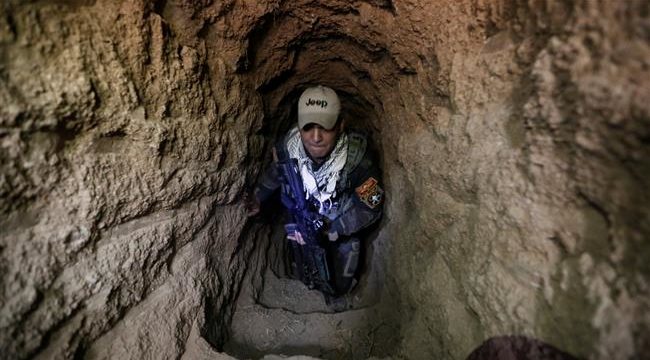 Press TV – Iraqi security officials have warned that the high-ranking members of the Daesh Takfiri terrorist groups are still hiding in tunnels dug beneath the country’s strategic northern city of Mosul roughly a year after government troopers and allied fighters retook the area from the extremists.

Hossam al-Abbar, a member of the Nineveh Province Council, said in a statement on Friday that senior Daesh members are still hiding in underground tunnels in the western flank of the city, located some 400 kilometers (250 miles) north of the capital Baghdad, stressing that the tunnels are difficult to detect due to the tough geography of the area.

Abbar further noted that the banks of Tigris River have turned into a hideout for Daesh militants, who have taken refuge in tunnels that go through nearby jungles.

On December 9, 2017, Iraq’s Prime Minister Haider al-Abadi declared the end of military operations against the Daesh terrorist group in the Arab country.

On July 10, Abadi formally declared victory over Daesh extremists in Mosul, which served as the terrorists’ main urban stronghold in the conflict-ridden Arab country.