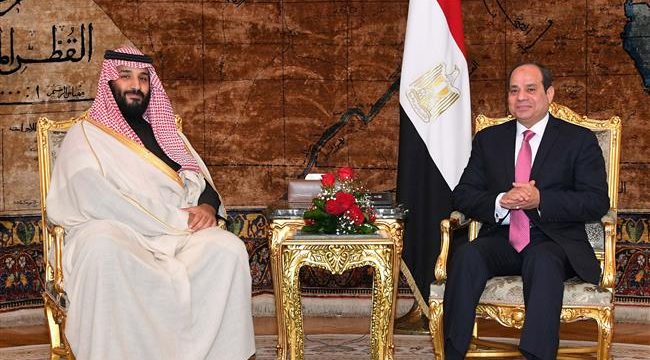 The unnamed official, told Emirati daily Khaleej Times on Friday that the meetings were a “significant development” in the slowly warming ties between Tel Aviv and Riyadh.

The talks between Israeli and Saudi officials took place at a luxury hotel in Cairo, with Egyptian officials present, dealing with the economic interests of Israel, Egypt and Saudi Arabia, particularly in the Red Sea region, the official said.

He also warned that the Israel-Saudi détente is harming the Palestinians.

“The warm relations between Israel and Saudi Arabia are damaging the Palestinian Authority,” he said. “It seems that Israel is no longer the greatest enemy in the region anymore.”

Israel and Saudi Arabia have no diplomatic relations, but they are widely believed to have secret liaisons.

Reports over the past few months say the two regimes are even working behind the scenes to establish formal ties.

Two advisers to Palestinian President Mahmoud Abbas told Israeli i24news TV channel that bin Salman and Sisi had advised Abbas to accept the so-called “deal of the century” to end the Israeli-Palestinian conflict.

The US peace plan is yet to be unveiled.

The Palestinian president, however, has insisted that he would not accept the US initiative and denounced it as “the slap of the century.”

Sidelining Washington, Abbas is instead pushing for a global multilateral approach to resolve the decades-long Israeli-Palestinian conflict.

In December 2017, he formally declared that Palestine would no longer accept the US as a mediator in the Israeli-Palestinian conflict due to its bias towards Tel Aviv.

The announcement came after US President Donald Trump said that Washington was recognizing Jerusalem al-Quds as the “capital” of Israel and planning to relocate the American embassy from Tel Aviv to the city.

Separately on Friday, Egypt’s privately-owned newspaper al-Shorouk reported that several Arab countries were advising Abbas to accept whatever plan the Trump administration put forth or risk “regretting” it later.

The Americans have notified some Arab countries that Trump’s decision to move the US embassy to Jerusalem al-Quds was “part of an American effort to persuade Israel, especially the hardliners, to agree to possible concessions to the Palestinians,” according to the report.