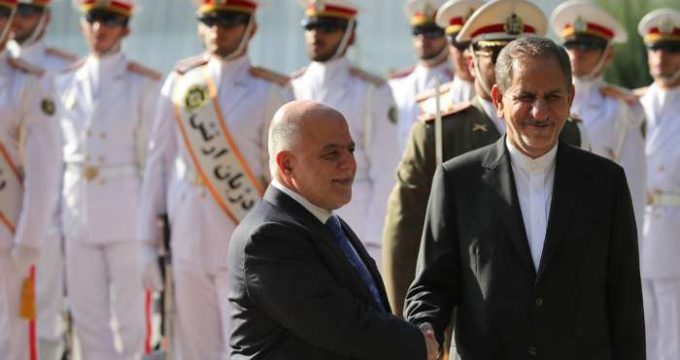 Press TV – Iran says it is ready to provide Iraq with a line of credit (LOC) worth up to three billion dollars to pave the way for the Iranian private sector’s active participation in the reconstruction of the neighboring country.

First Vice President Es’haq Jahangiri made the statement at a Wednesday meeting with Iraqi Prime Minister Haider al-Abadi in Baghdad, saying the two sides should work to remove the restrictions in bilateral banking relations, which he said is the main obstacle to closer trade ties between the two nations.

Jahangiri, who is in Iraq at the head of a high-ranking politico-economic delegation for a three-day visit, hailed Iran-Iraq ties as “strategic,” noting that the many commonalities between the two nations can lay the groundwork for the promotion of bilateral economic ties.

Iran and Iraq need a “comprehensive roadmap” for their economic cooperation, which would serve as a basis for their business ties, the senior Iranian official added.

Jahangiri underlined the need for connecting Iran-Iraq railways, saying the route will enable Iraq to have access to the Central Asia and China and link Iran’s railway to the Mediterranean.

He also called for the promotion of cooperation with Iraq in other areas, including pharmaceuticals, energy and customs.

Abadi, for his part, hailed the historic ties of the Iraqi and Iranian nations and underlined the need for enhancement of mutual ties in all the political, cultural and economic arenas.

The Iraqi premier expressed gratitude for Iran’s role in the country’s reconstruction and noted that the Iranian private sector has made significant investments in the process.

Iraq is reeling from Daesh’s three-year terror campaign, which has taken a heavy toll on the country’s infrastructure and economy.