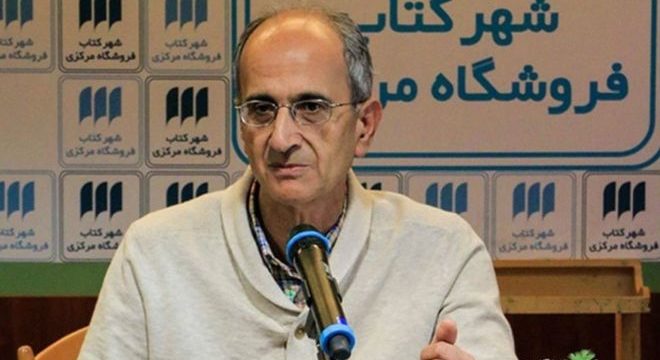 AP — The widow of an Iranian-Canadian university professor who died under disputed circumstances in a Tehran prison has been stopped from traveling abroad, Canada’s foreign affairs minister said Thursday.

The death of Kavous Seyed-Emami in February sparked new anger in Iran over the treatment of those detained in prison, especially after nearly 5,000 people were arrested in the wake of nationwide protests in the country at the start of the year.

Seyed-Emami’s family say they warned against speaking out over the professor’s death, but his son Ramin, a popular singer known by the stage name King Raam, did anyway.

On Wednesday night, Ramin, his brother Mehran and mother Maryam Mombeini tried to fly out of Iran on a Lufthansa flight, with their ultimate destination being Vancouver, Canada. In an email circulated by supporters, Ramin said their mother was barred from leaving Iran.

“We demand that, as a Canadian, she be given the freedom to return home,” Freeland wrote.

Canadian diplomats did not respond to a request for comment. It wasn’t immediately clear where Maryam Mombeini was.

“My mother has to be taken to the hospital every other day because of the panic attacks that she is suffering from,” Ramin wrote in his email. “My brother and I are followed and under surveillance everywhere we go. The authorities told our lawyers to tell the brothers ‘to shut up or we’ll shut them up,’ the government agents ‘bumped’ into me and said they’re watching me.”

Iran’s mission to the United Nations did not immediately respond to a request for comment. Iranian state-run media did not report on Maryam Mombeini being barred from leaving the country.

Seyed-Emami was a professor of sociology and the managing director of the Persian Heritage Wildlife Foundation. Iran has alleged, without offering evidence, that the professor gave information on the country’s missile bases to the CIA and Israel’s Mossad.

Authorities arrested nearly 5,000 people in the crackdown that followed, according to Alireza Rahimi, an Iranian lawmaker. At least 25 people were killed in clashes surrounding the demonstrations.

Activists say they have concerns about Iran’s prisons and jails being overcrowded and dangerous, pointing to allegations of torture, abuse and deaths that followed the mass arrests during Iran’s 2009 Green Movement protests. Since the most-recent protests, activists have said they also remain concerned by reported suicides within Iran’s prison system.

Analysts and family members of dual nationals and others detained in Iran have suggested that hard-liners in the Islamic Republic’s security agencies use the prisoners as bargaining chips for money or influence. A U.N. panel in September described “an emerging pattern involving the arbitrary deprivation of liberty of dual nationals” in Iran, which Tehran denies.

Iran does not recognize dual nationalities, so those detainees cannot receive consular assistance.