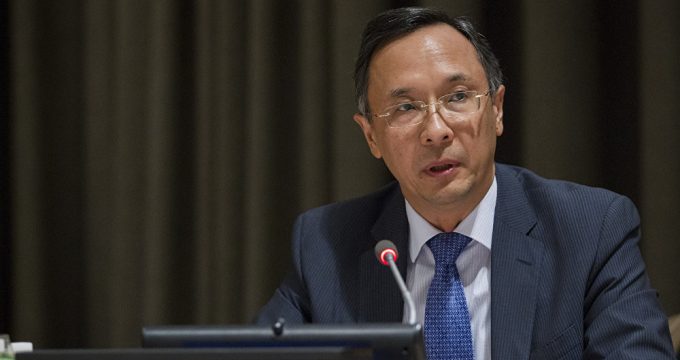 TASS– The Russian, Turkish and Iranian foreign ministers plan to make a joint statement during their meeting on Syria in Astana on March 16, Kazakhstani Foreign Minister Kairat Abdrakhmanov told reporters on Wednesday, speaking in the republic’s lower parliamentary chamber.

“According to information I possess, the underwriter states [of the ceasefire in Syria,] the foreign ministers of Russia, Turkey and Iran plan to make a joint statement. This document may contain the key areas of development of the Astana process, including the possible date of the next round of the talks,” Abdrakhmanov said.

The Kazakhstani Foreign Ministry lays hopes on the meeting of the foreign ministers of the three countries in Astana, he said. “They plan not just to sum up the results of rather fruitful work they conducted last year, but to determine areas of further work within the Astana process in the wake of the tragic events in Eastern Ghouta,” Abdrakhmanov explained.

“In our opinion, another important element for the Astana process to acquire a new meaning is efforts to use measures of mutual trust between the government and at least those Syrian armed opposition groups that are parties to ceasefire agreements – I mean here the exchange of prisoners, the transfer of the remains of the deceased and a search for those missing. There are thousands of them, maybe tens of thousands, according to the Syrian armed opposition that is taking part in the Astana talks,” the Kazakhstani foreign minister stressed.