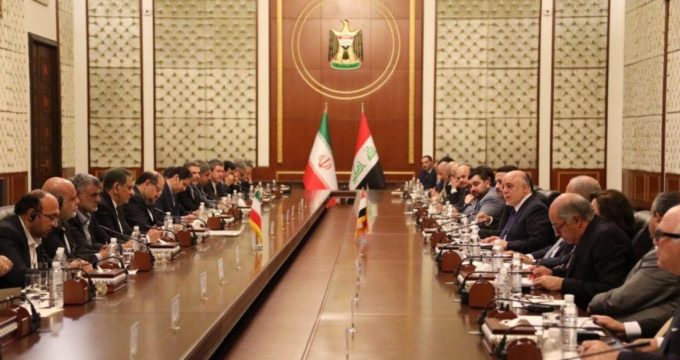 There are large capacities for cooperation between Iran and Iraq, Haider al-Abadi was quoted as saying, a statement released by his office said on Wednesday.

The Iraqi prime minister called for improvement of all-out ties between Tehran and Baghdad.

During the meeting, the Iranian first vice president underlined that Iran will side with Iraq to re-construct the country following the defeat of Daesh (ISIS).

He expressed satisfaction with the current level of cooperation between Tehran and Baghdad.