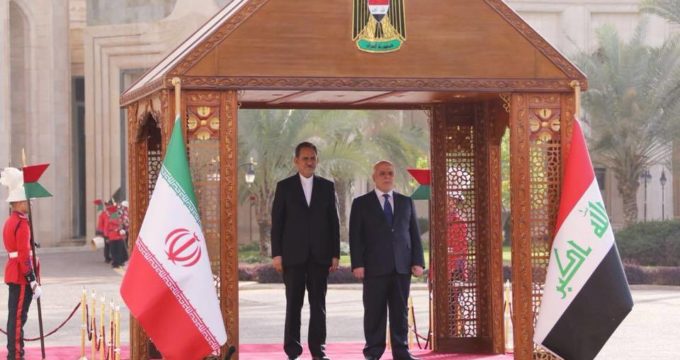 According to a statement released by Iraqi PM Office, both sides started holding talks on developing ties.

Jahangiri is heading a high-ranking delegation comprised of political and economic officials in his three-day visit.

Iran’s Foreign Minister Mohammad Javad Zarif, Minister of Industry, Mine and Trade Mohammad Shariatmadari, as well as the Minister of Agriculture Mahmoud Hojjati are accompanying the First Vice-President.

The meetings will focus on the latest regional and international developments, as well as solutions for bilateral cooperation.

Visiting the holy shrines in Karbala, Najaf and Kadhimiya are also among Jahangiri’s itinerary.

Both sides are also supposed to sign a comprehensive MoU, including 10 clauses.