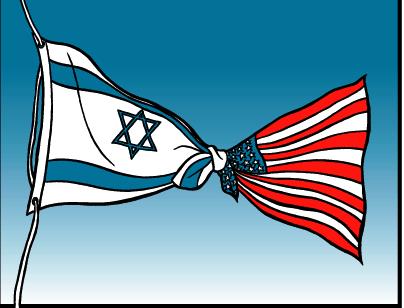 AIPAC thanks Trump over Jerusalem recognition, turns to ‘progressives’

Press TV – The American Israel Public Affairs Committee (AIPAC) is voicing admiration for US President Donald Trump over his decision to recognize Jerusalem al-Quds as the Israeli regime’s capital.

The powerful lobby group launched its annual conference at the Washington convention center on Sunday, with an appeal to “progressives.”

“To my friends in the progressive community, I want you to know we are partners in this project,” AIPAC president Mort Fridman said. “The progressive narrative for Israel is just as compelling and critical as the conservative one… There are very real forces trying to pull you out of this hall and out of this movement and we cannot let that happen — we will not let that happen!”

Fridman’s comments came in the wake of Washington’s recognition of al-Quds, which Palestinians consider as their capital, annexed by the Zionist regime.

AIPAC’s shift towards the left comes after years of efforts to make the illegal recognition happen.

“People are angry and hurting and frustrated and fed up,” he said. “There’s an impulse to walk away from politics to retreat to partisan corners and to demonize the other side. We cannot let those impulses win the day.”

Israel ‘role model’ for US

Former Michigan Governor Jennifer Granholm (pictured above), a Democrat in the house, also gave a speech, turning a blind eye on the regime’s brutal policies against Palestinian citizens.

“Israel can be a role model for other nations including America showing how citizens are cared for,” said Granholm, calling Israel a “progressive paradise.”

According to Israeli daily Jerusalem Post, this year’s conference is hosting some 18,000 “activists.”

This year’s event is being held as the US is having one of its most pro-Israeli presidents in office.

Hailed as a “great friend to the Jewish people” by Prime Minister Benjamin Netanyahu, President Trump has mended ties with Israel that had gone sour under Obama.

Since US Congress ruled in 1995 that the US embassy be relocated from Tel Aviv, every president has deferred the troublesome measure by issuing a six-month waiver.

When Trump faced his first deadline in June 2016, he also refused to keep his campaign pledge to immediately move the embassy,

According to Washington Post, “he acted, reluctantly, on advice from Cabinet heads, Jordanian King Abdullah II and others, who argued that such a move could ignite violence.”

Trump’s emerging administration was also starting stated efforts to restart Mideast peace talks, which could potentially be harmed by the move.

Israeli Prime Minister Benjamin Netanyahu is set to meet with Trump on Monday and address the AIPAC on Tuesday.

Netanyahu is also scheduled to meet with Senate leaders Mitch McConnell and Charles Schumer on Tuesday.