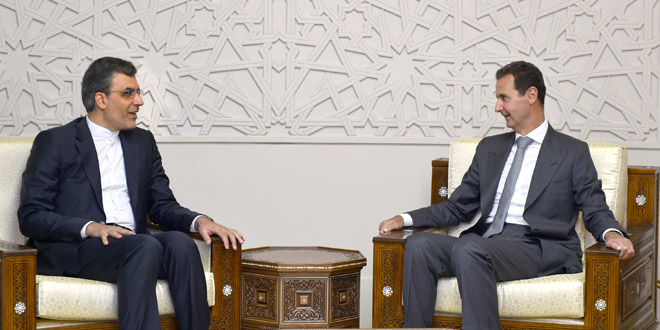 IRNA – A senior advisor to Iran foreign minister in political affairs who is in Damascus heading a delegation conferred with Syrian President Bashar al-Assad on Sunday.

Hossein Jaberi Ansari, the senior diplomat who is Iran’s top negotiator at Syria peace talks, is also to visit some other Syrian officials to discuss the recent developments of Astana and Geneva peace talks and the national dialogue of Syria in Sochi, Russia.

Jaberi-Ansari had already visited Syria in early summer and mid-winter.

In the previous meetings, Syrian president and the Iranian top negotiator talked about the most recent political and field developments, the prospect of solving the Syrian crisis, especially in the framework of Astana and Geneva talks.