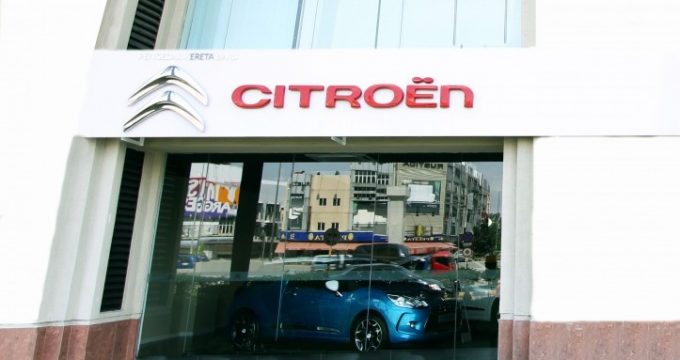 FNA- Managing Director of the Iranian Automaker Group Saipa Mohsen Jahroudi in talks with the CEO and Chairman of the Managing Board of Group PSA, France’s largest car manufacturer, Carlos Tavares agreed to expand cooperation between the two sides.

Invited to France by the managers of PSA Peugeot Citroën, Jahroudi discussed the areas of development of cooperation and trade exchanges with Carlos Tavares.

The two sides stressed of developing cooperation and activities.

Facilitation of the interbank transfer process, development of Citroen’s productions in Iran, planning for producing new engines with the cooperation of French side, production of SUV class cars in Saipa-Citroën Company and production of class B cars were among the issues that were discussed during the meeting.

At the end of the meeting, Jahroudi termed the negotiations as positive and constructive

In a relevant development in July 2016, a senior industry official announced that another giant French carmaker, Renault, was set to introduce five new car models for Iran’s market.

“Talks on the issue have been held with two Iranian car producers, including Saipa and Iran Khodro,” Deputy Head of Iranian Development and Research Organization (IDRO) Farhad Daliri told reporters.

He reiterated that Renault would produce three new cars in joint venture with Saipa and two others in cooperation with Iran Khodro.

He said that the Iranian car manufacturers were to cooperate with Renault to make new models of cars in order to upgrade the domestic products.

“After January announcement of the implementation day of the Joint Comprehensive Plan of Action (JCPOA) between Iran and world powers, the country started resumption of car cooperation with Asian and European companies,” Daliri said.

Renault Group is among top ten car manufacturers in the world.

Renault was forced in July 2013 to halt completely knocked down (CKD) shipments to Iran when the US government extended economic sanctions against Tehran to the automobile sector.

Renault reported a huge fall in profits for the first half of 2013 after writing off the entire value of its business in Iran. The firm suffered a loss of 512 million euros (USD 680 million) after halting its activities in the Islamic Republic.

In 2012, Renault sold a total of 100,783 vehicles in Iran, and had a 10-percent market share. Iran was Renault’s eighth-biggest global market by sales, above Italy and Spain.