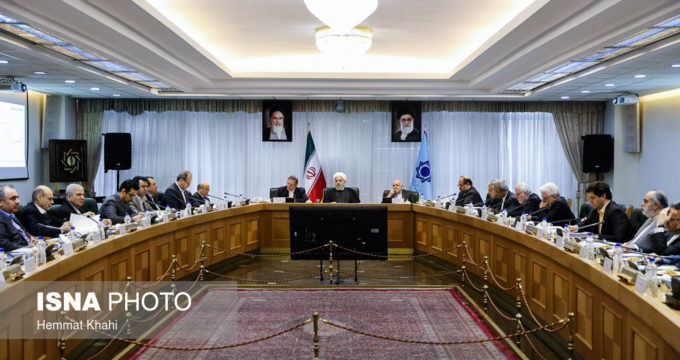 MNA – The 57th annual meeting for the General Assembly of the Central Bank of the Islamic Republic of Iran has kicked off Sun. morning, with President Rouhani in attendance.

The General Assembly of the Central Bank of the Islamic Republic of Iran is chaired by the president, and includes Minister of Economic Affairs and Finance, Head of the State Management and Planning Organization, Minister of Industry, Mine and Trade as other key members.

The responsibilities and activities of the General Assembly include: considering and approving the Balance Sheet of CBI; considering reports submitted by the Supervisory Board and deciding upon the points raised therein; considering and approving the recommended appropriation of the net profit; electing the members of the Supervisory Board upon the recommendation of the Minister of Finance; as well as other functions entrusted to it under the provisions of this Act.

The Central Bank of the Islamic Republic of Iran was established in 1960, and is comprised of the General Assembly, the Monetary and Credit Council, the Supervisory Board, the Note Reserve Control Board, and the Executive Board.