A Look at Iranian Newspaper Front Pages on March 3

Iran Front Page- IFP has taken a look at the front pages of Iranian newspapers on Saturday, March 3, and picked headlines from 21 of them. IFP has simply translated the headlines and does not vouch for their accuracy.

All newspapers today covered the remarks made by the Leader of Iran’s Islamic Revolution Ayatollah Seyyed Ali Khamenei in a Thursday meeting with a Syrian delegation.

Also a top story was the visit of FIFA President Gianni Infantino to Tehran and his meeting with Iranian President Hassan Rouhani. A particular focus of today’s reports was the presence of women in football stadium, which was emphasized by the FIFA president and vowed to be pursued by Rouhani.

The ongoing water crisis in Iran and ways to cope with it, as well as a parliamentary motion to oblige Iranian officials to restitute their ill-gotten properties and wealth also received great coverage today. 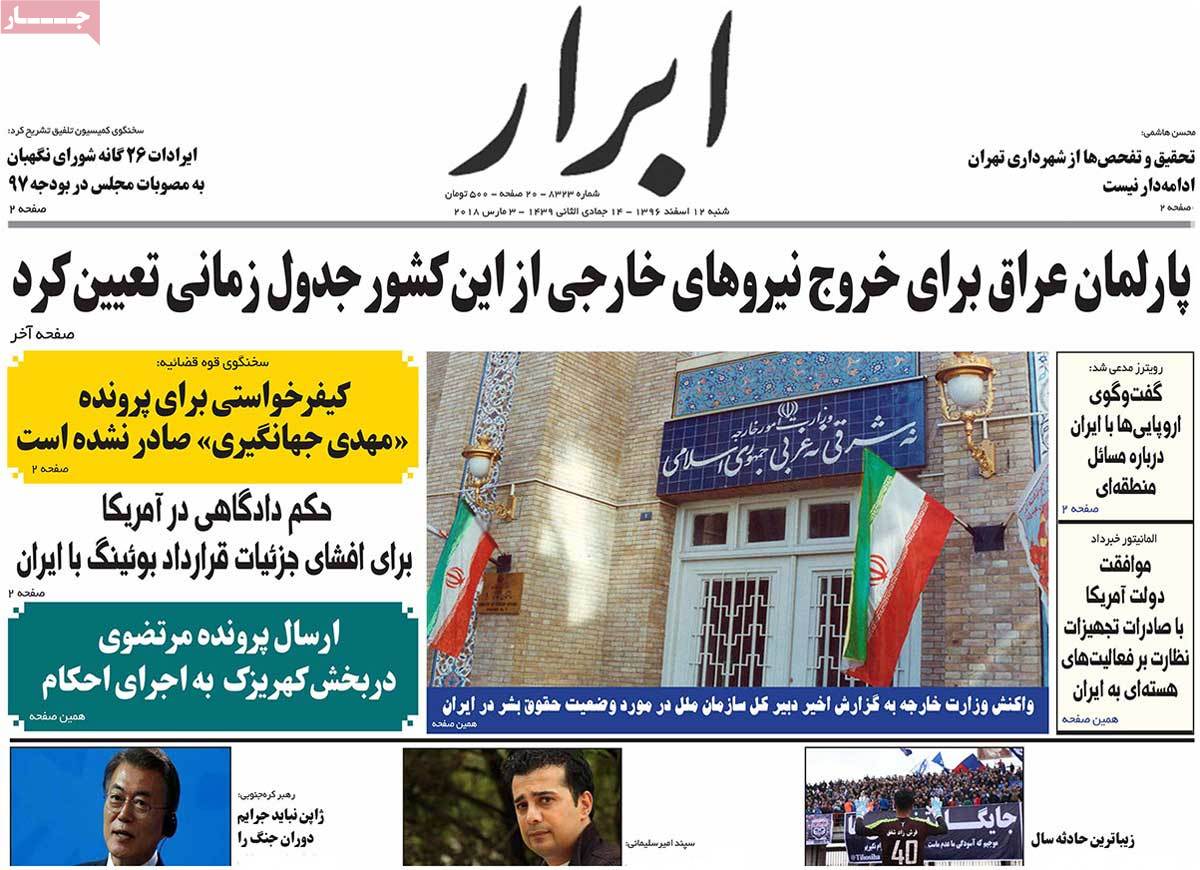 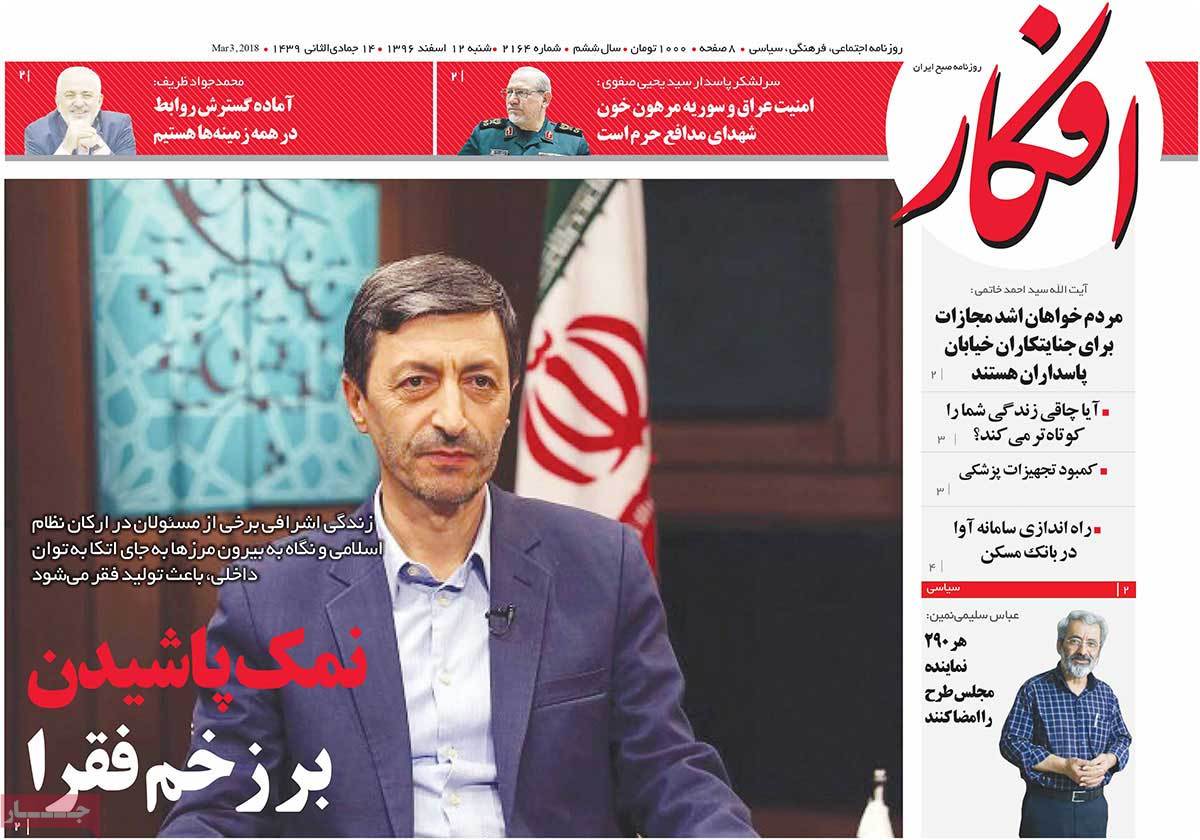 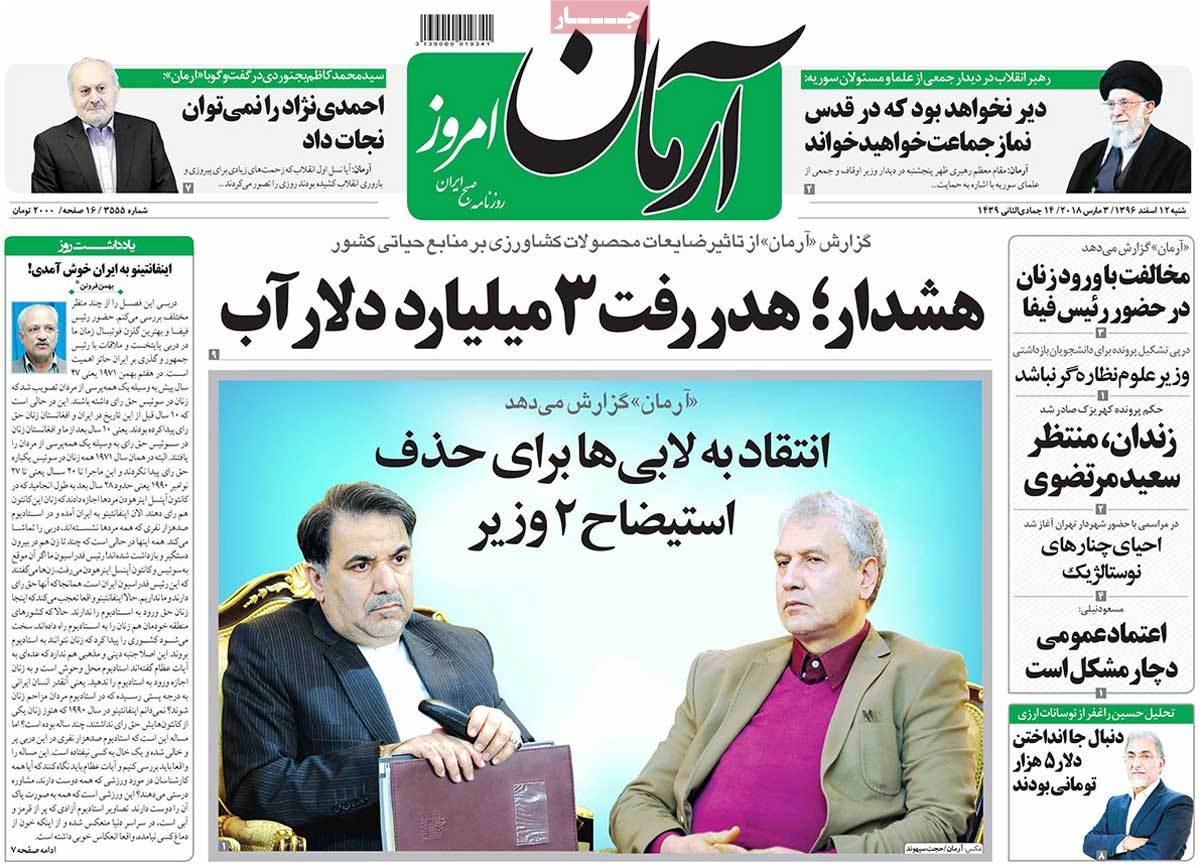 1- Iran Leader: We Must Ignore Those Whose Actions Are against Muslim Unity 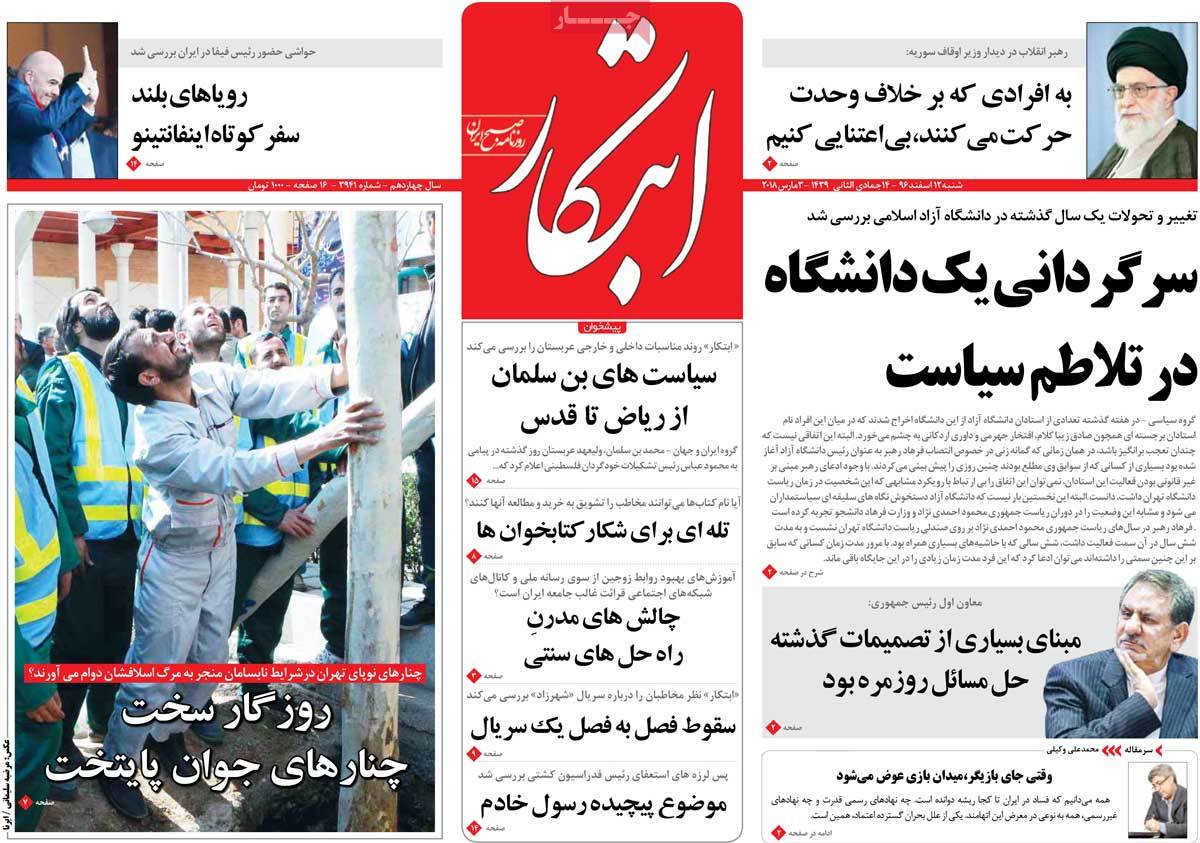 1- An Initiative for Peace or Withdrawal in Trump’s Favour?

1- Putin: We Won’t Hesitate in Using Nukes to Defend Ourselves, Our Allies

2- Mayor: Tehran to Turn into Best City in Terms of Green Spaces 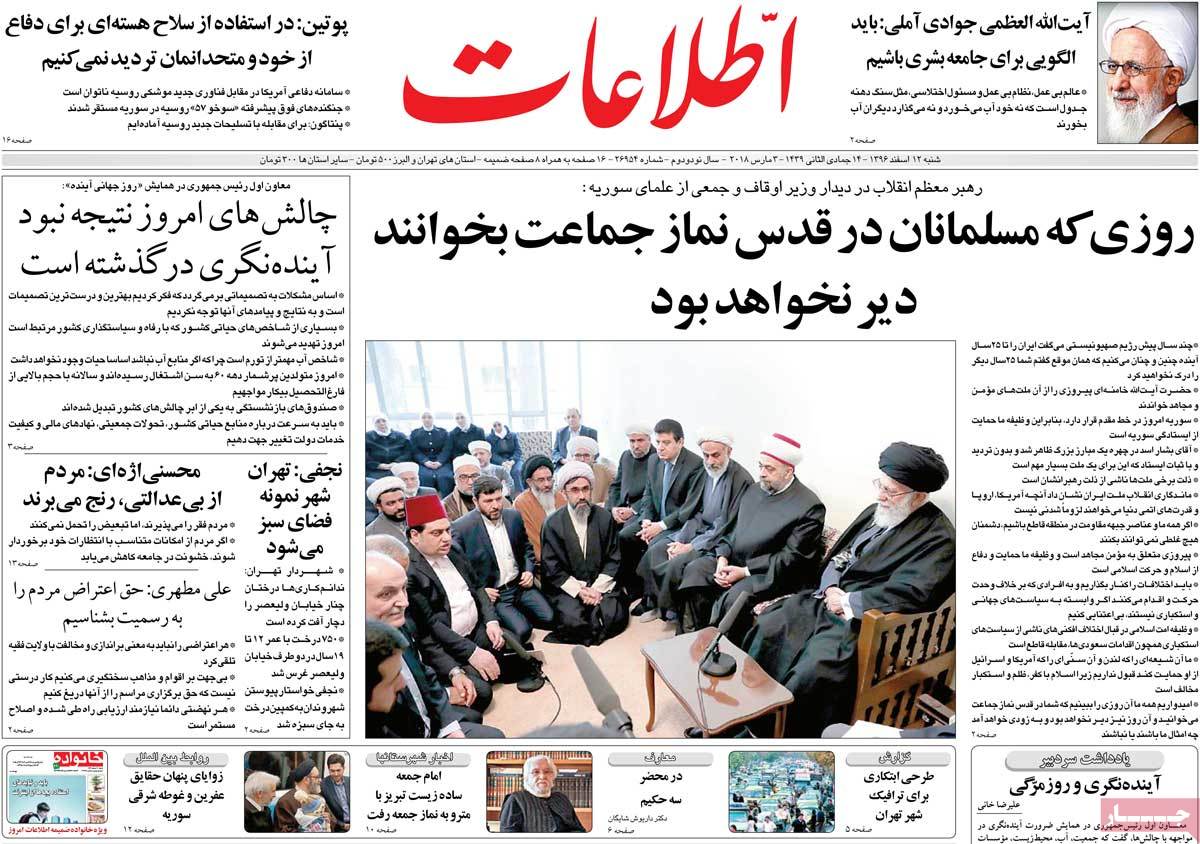 3- Instructions Being Issued for Women’s Presence in Stadiums: VP 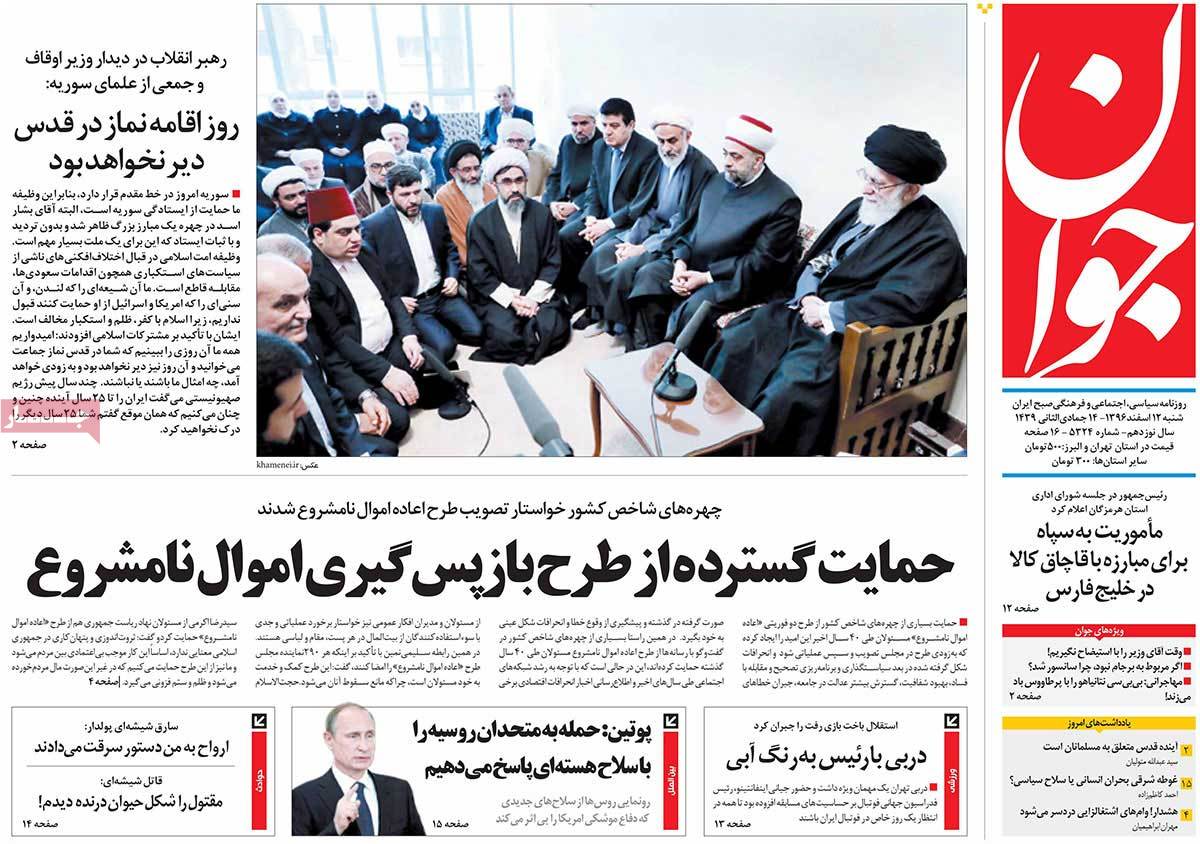 2- Russia Warns US against Looking for Pretexts to Attack Syria 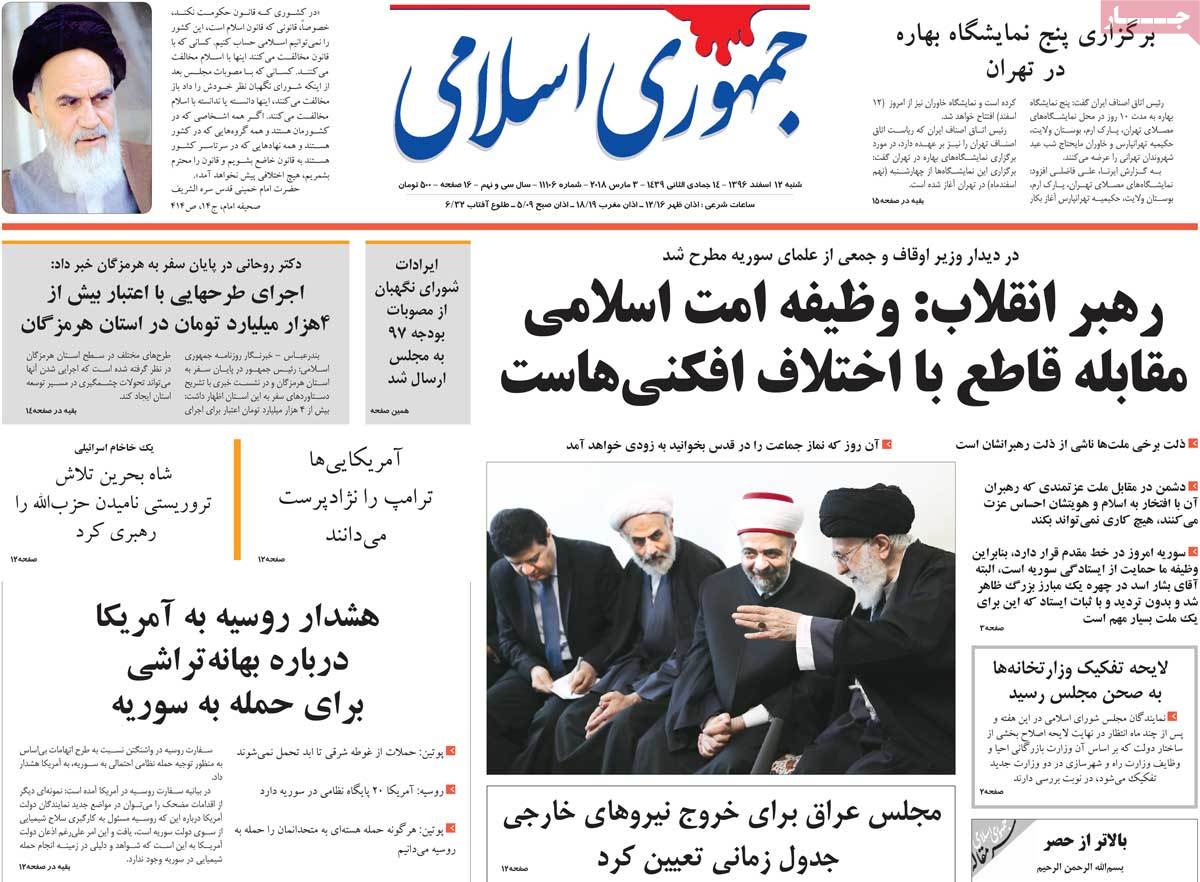 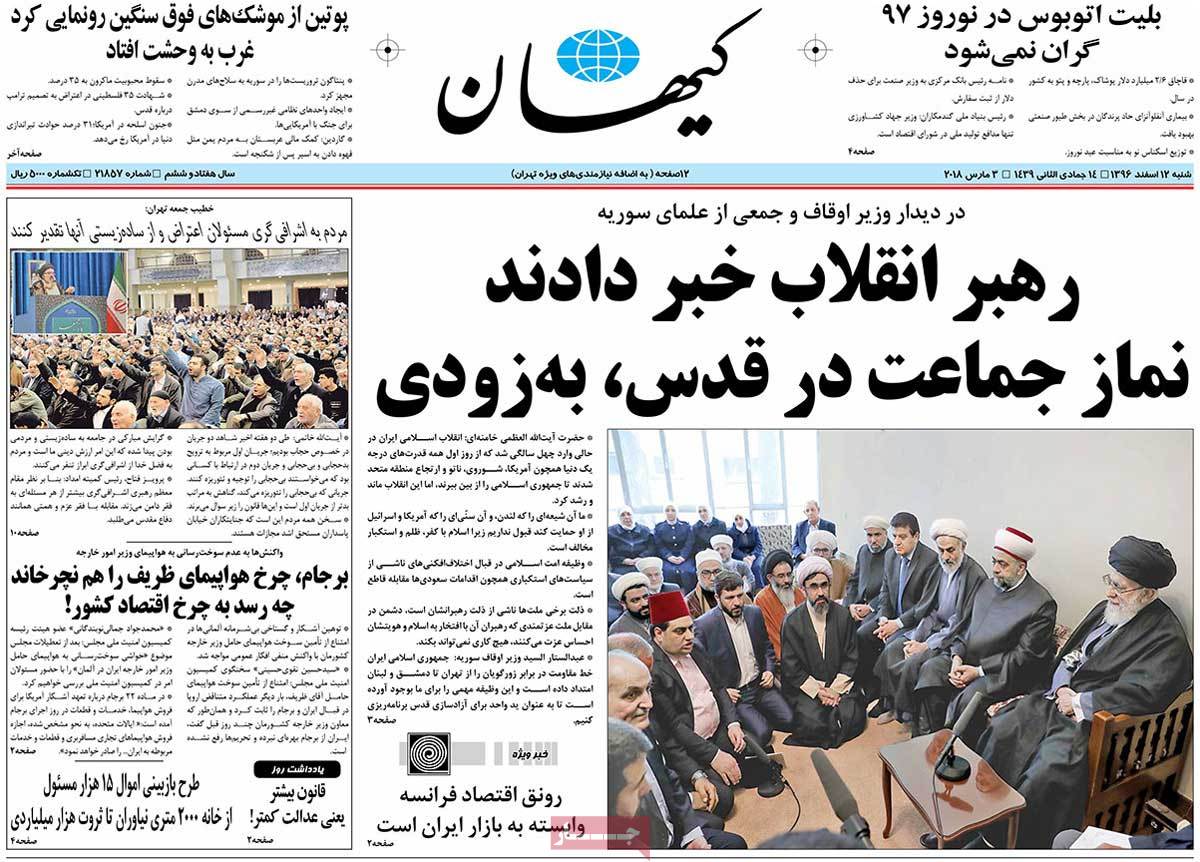 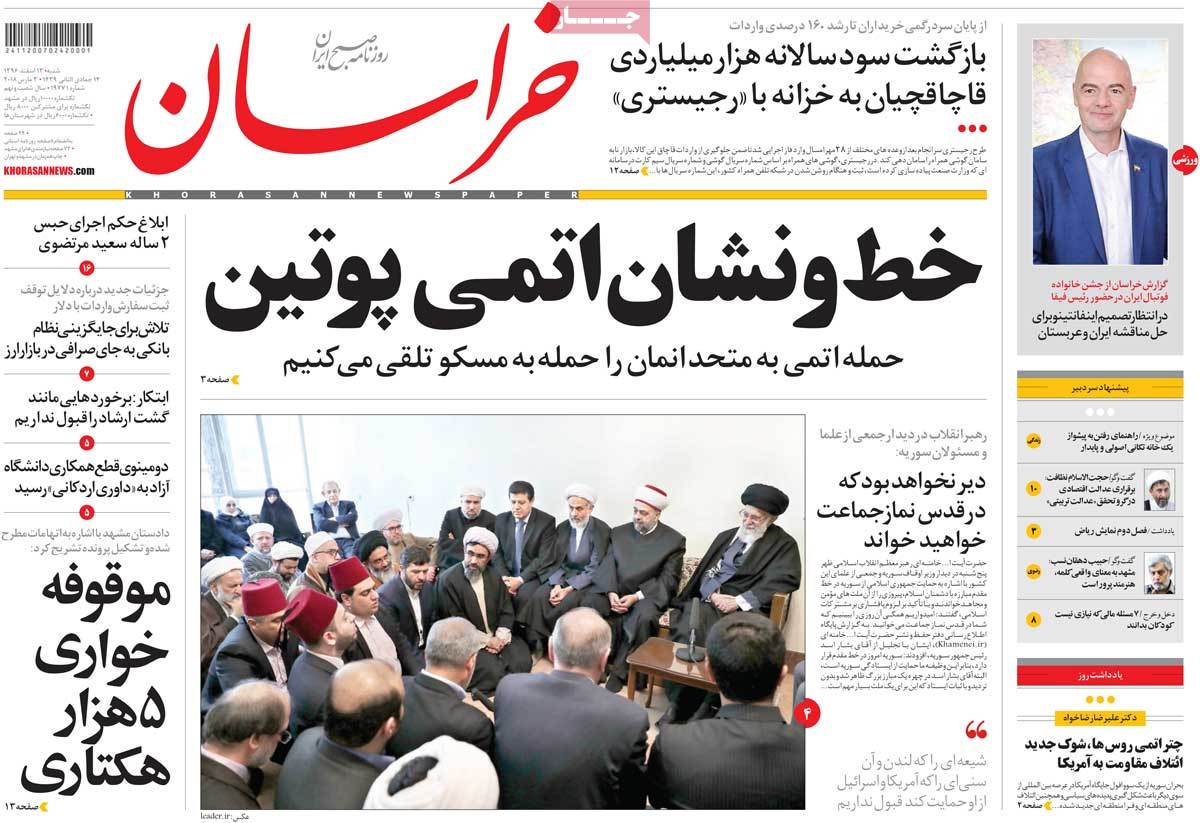 1- Future of JCPOA and Three Viewpoints 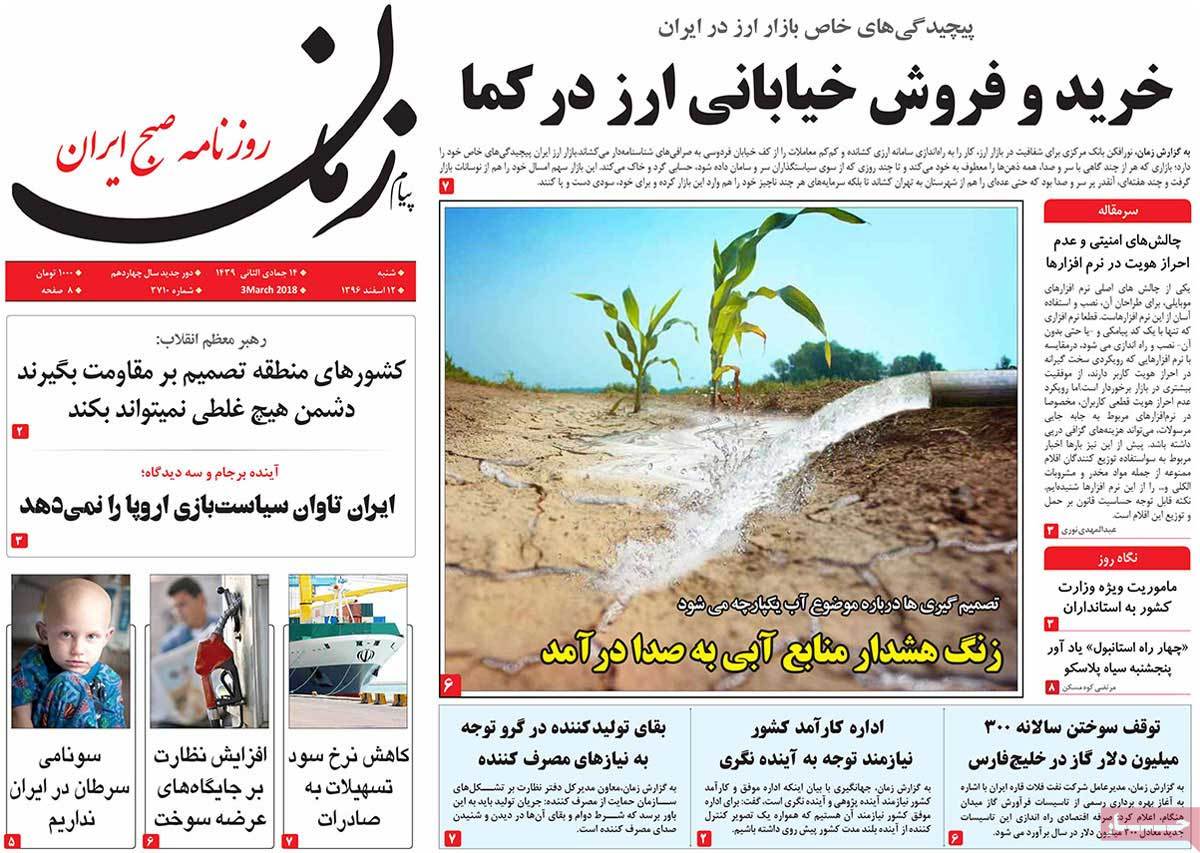 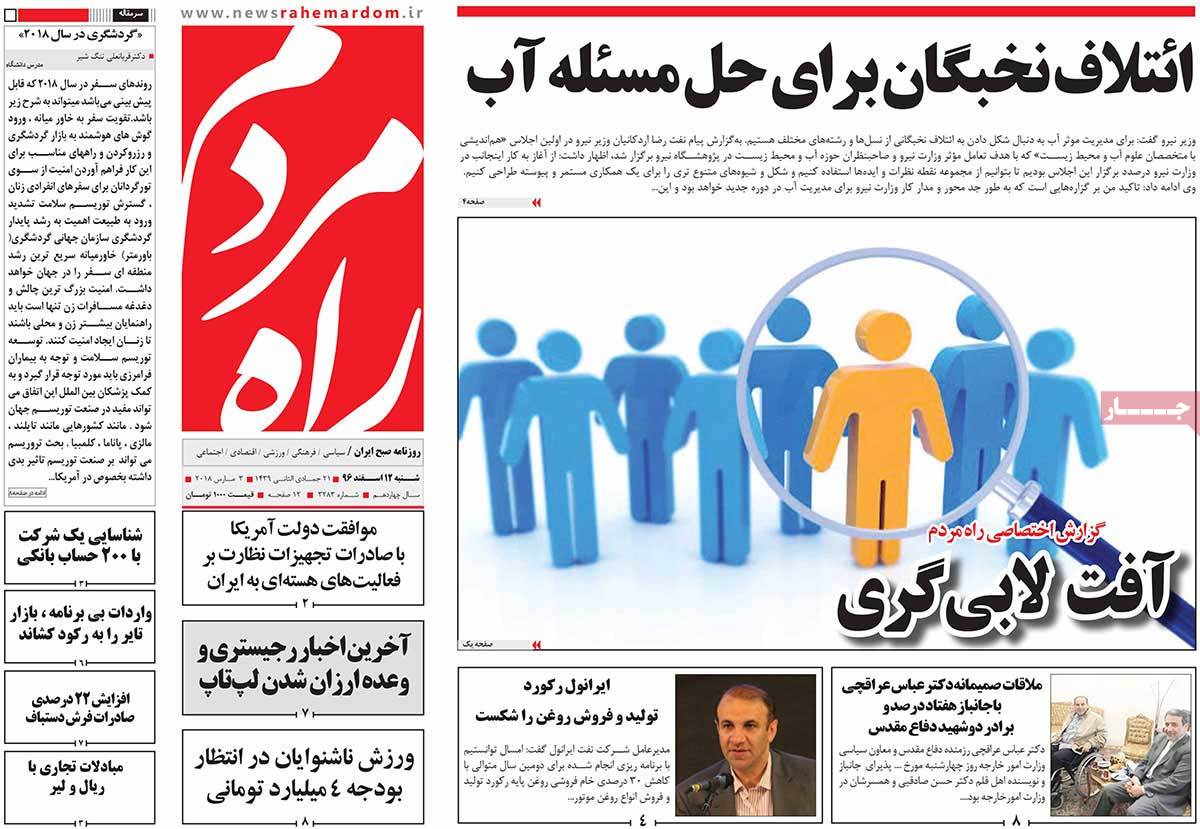 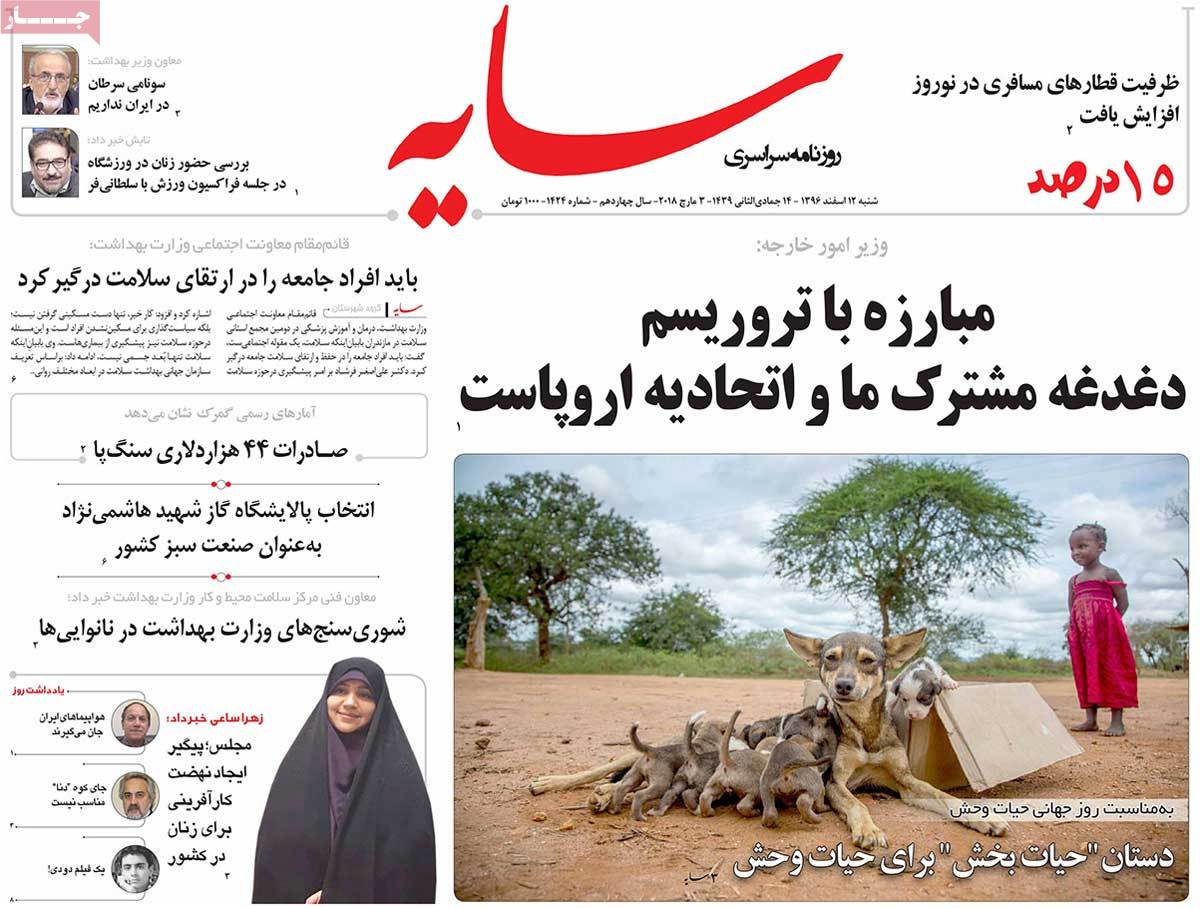 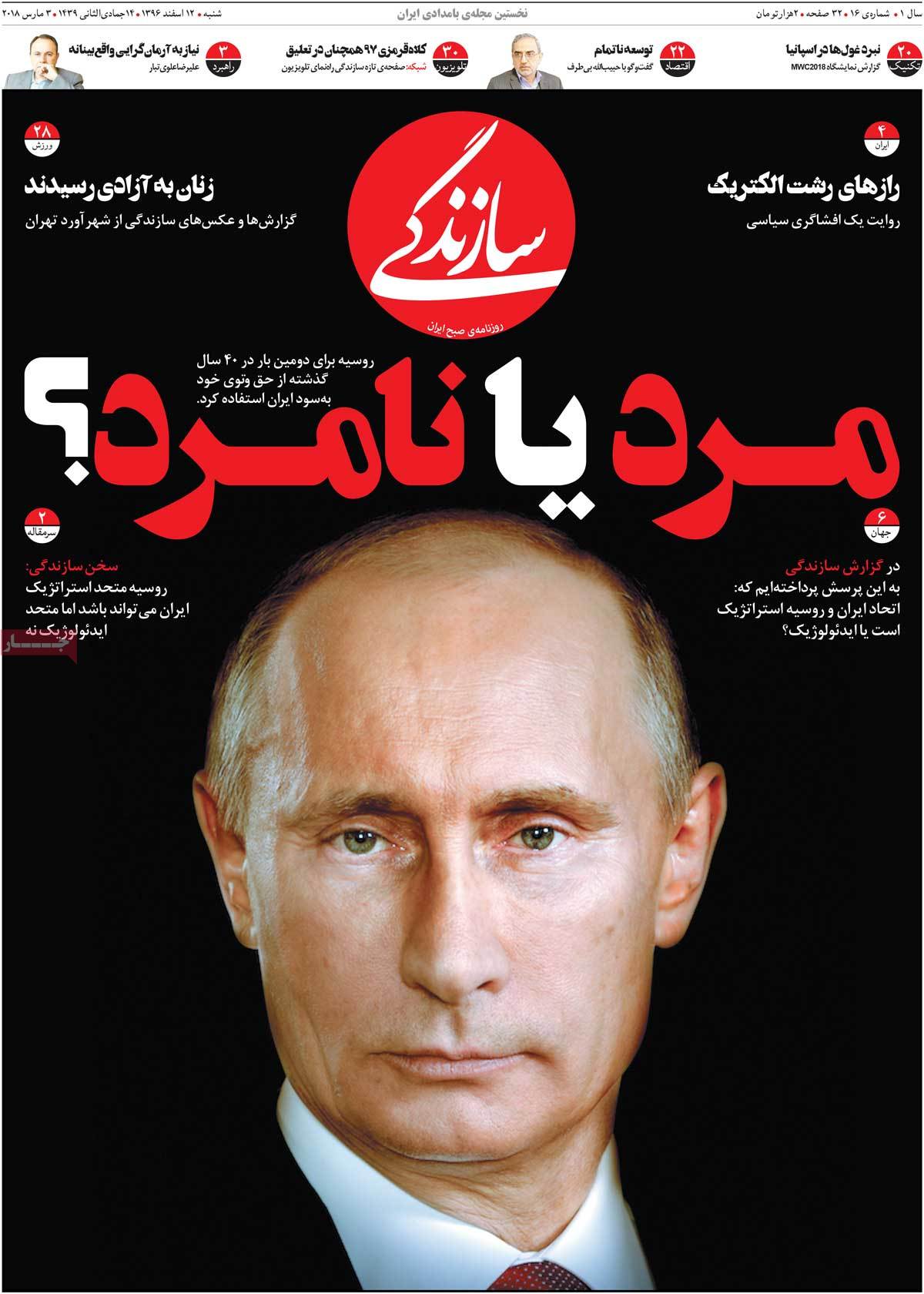 1- Infantino Threatens Iran and Go Away! 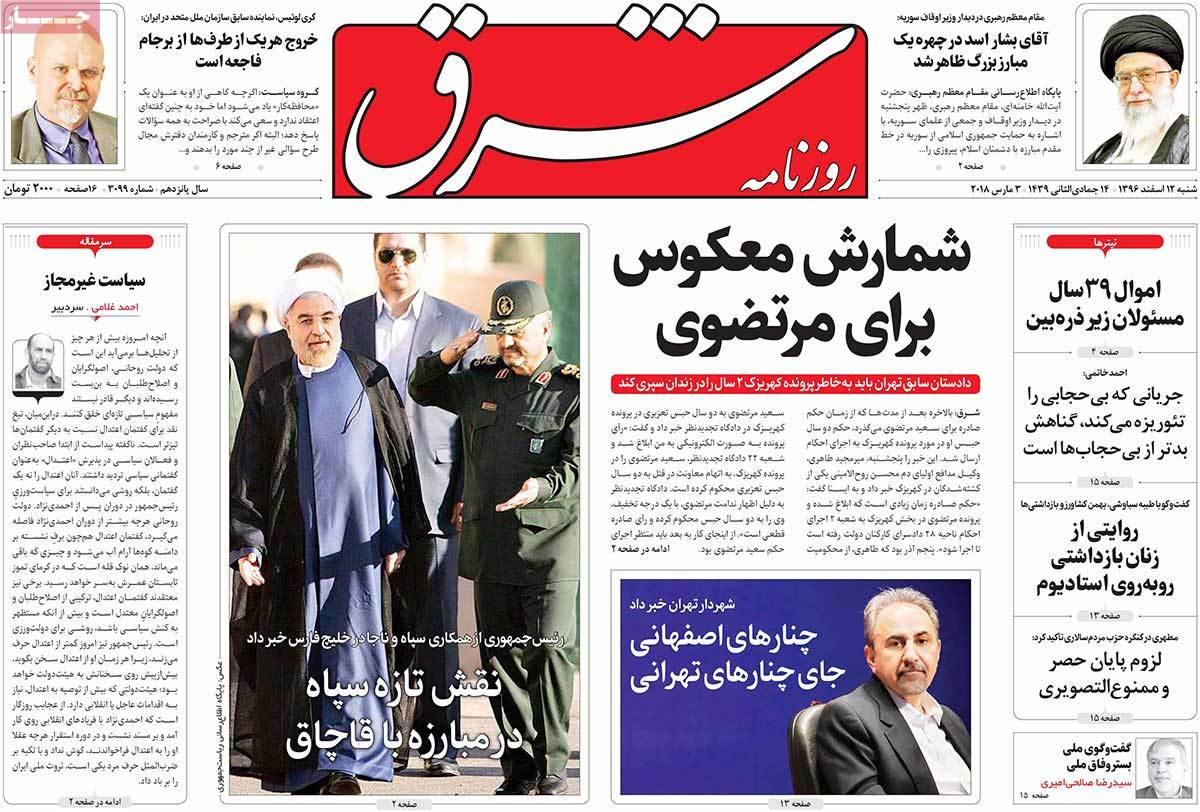 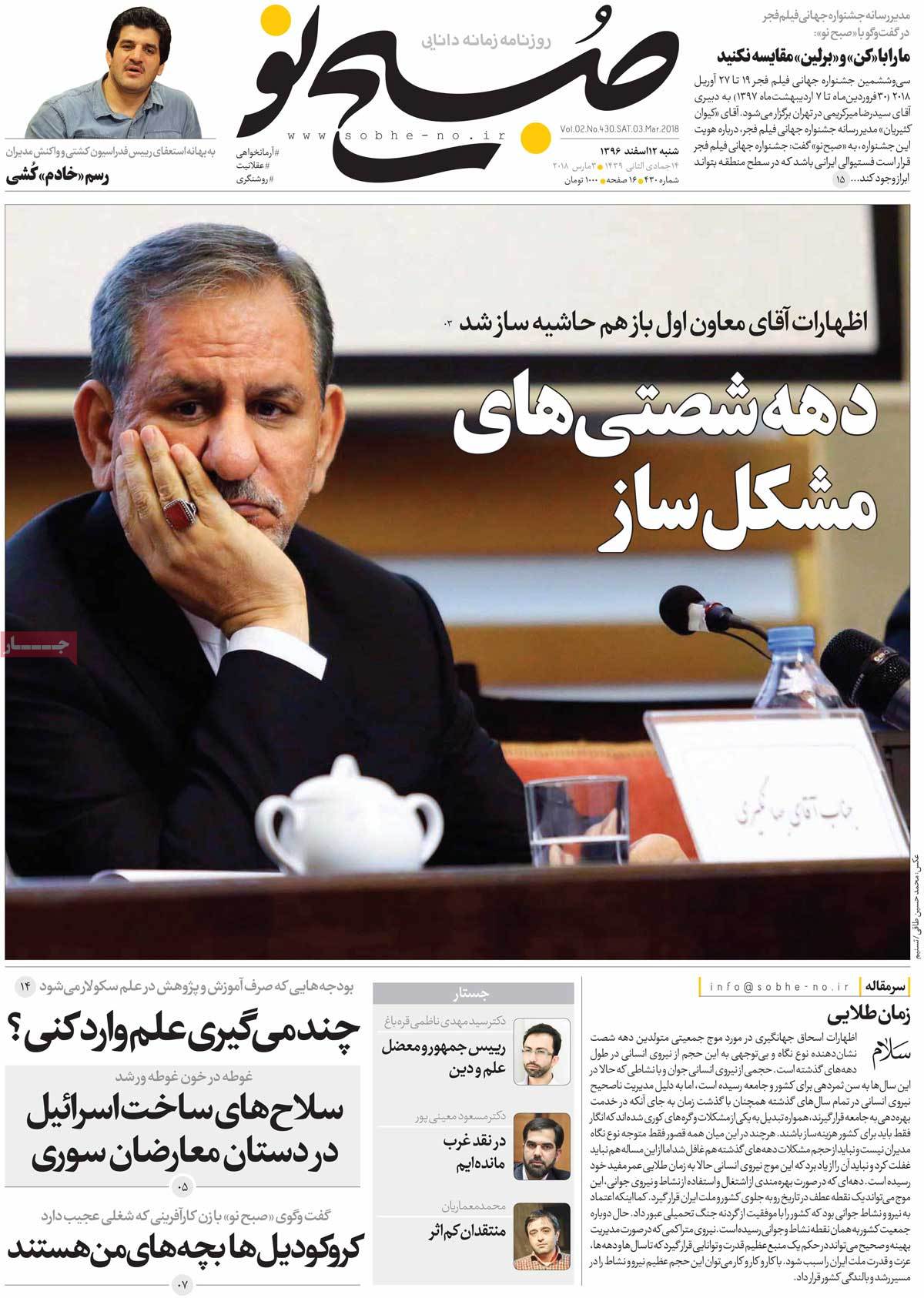