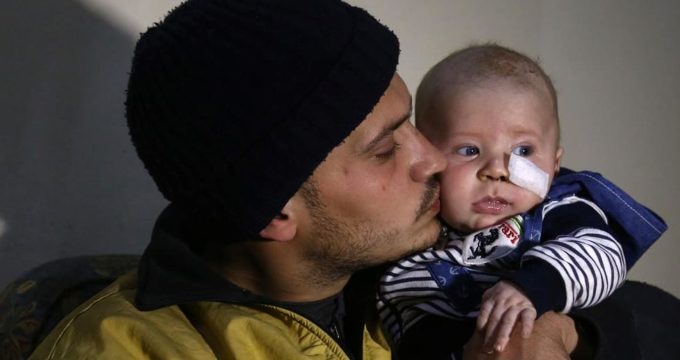 The Guardian | Kareem Shaheen: Saeed al-Masri rushed to the site of the bombing in the town of Saqba, in the rebel-held enclave of eastern Ghouta.When the volunteer rescue worker arrived in the ambulance he realised it was his street that had been bombed. Then he realised it was his home. His three-month-old son, Yehya, was inside along with his wife.

“I cannot describe the scene,” he said in a phone interview with the Guardian about the incident earlier this month. “I have seen many children under the rubble, but I had been waiting for my boy for four years.”

The couple had waited a long time for another child, their two daughters having died shortly after birth. Unthinking, he ran into his house, climbed the stairs and found his baby bleeding with cuts from shattered glass. His wife was screaming.