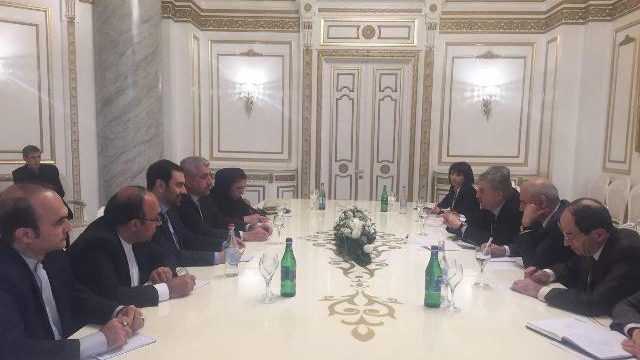 IRNA – Suitable measures have been taken for setting up the third power transmission line from Iran to Armenia and the line is expected to come on stream by the end of 2019, the Iranian energy minister said Tuesday.

Reza Ardakanian made the remarks in a meeting of the two countries’ joint economic commission in Yerevan which was also attended by Armenian Minister of Energy Infrastructure and Natural Resources Ashot Manukyan.

The minister said the third transmission line is supposed to be extended to Georgia and to this end Iran expects Armenia to have maximum cooperation for contribution of Iranian companies to the implementation of the project.

He said other points on which the two sides agreed during the session included building a friendship park, development of eco-tourism and road transportation cooperation.

The Armenian minister, for his part, lauded the measures taken by the joint economic commission for expansion of cooperation between the two countries.