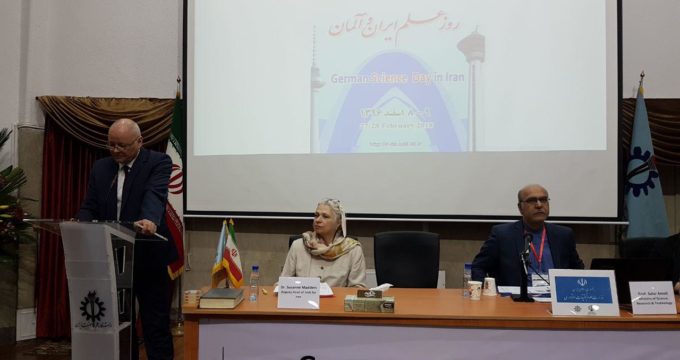 IRNA – Since the Iran nuclear deal was signed, the scientific ties between Iran and Germany has improved, said German ambassador in Tehran on Tuesday.

‘The two countries’ scientific relations are about 100 years old. Germany and Iran made the first scientific-technical schools in Iran,’ said Michael Klor-Berchtold in the first German Science Day in Iran.

‘Science has always been a main part of cooperation between Iran and Germany,’ Berchtold said.

Referring to the visit of German Federal Minister of Education and Research Johanna Wanka to Iran in early fall, he said that there are many issues for cooperation, including the environment, water, and health challenges.

The conference hosts 100 scholars and researchcers from Iran and Germany.

Germany will in turn host Iran’s Science Day in 2019.