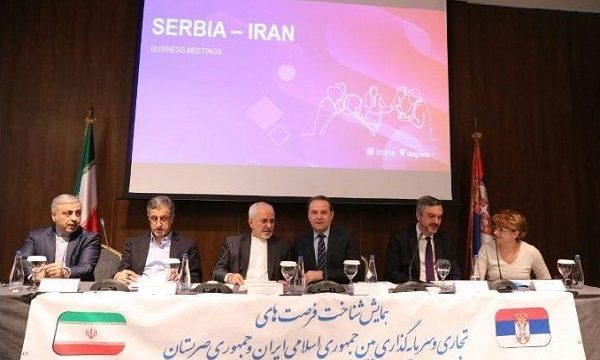 MNA – Iran and Serbia have held a joint conference on trade and investment opportunities in Serbia, with Iran’s foreign minister and economic delegations from both countries in attendance.

Iran and Serbia joint trade conference on investment opportunities and trade relations was held in Serbia on Tuesday in the presence of Iran’s Foreign Minister Mohammad Javad Zarif, three Serbian ministers, chairman of the Serbian Chamber of Commerce and more than representatives from 70 large Serbian and Iranian companies.

Zarif has traveled to Belgrade, the capital of Serbia, as the first destination of his East European and Balkans region tour and has so far been in talks with senior officials in that country.

In a meeting on Monday, the Iranian foreign minister and his Serbian counterpart Ivica Dačić conferred on expansion of bilateral ties in all economic, political, defense, technology and cultural spheres.