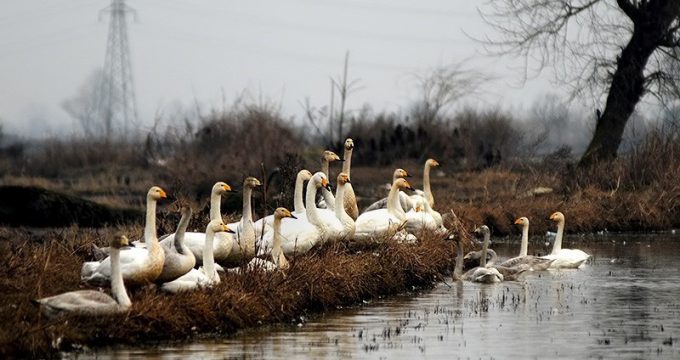 The Guardian | Robin McKie: A million wild birds a year are now being killed illegally at a single wildlife site in Iran. That is the stark warning from conservationists who say highly endangered migratory species face being wiped out in the near future there unless urgent action is taken.

In a letter last week to the journal Science, the conservationists pinpoint the Fereydunkenar wetlands in Iran as the site of this widespread wildlife slaughter.

Three major lagoons – Fereydunkenar, Sorkhrud and Azbaran – provide resting places for species that winter there, including the Siberian crane which is designated as critically endangered by the International Union for Conservationof Nature.

However, these birds have increasingly become targets for local hunters and occasionally for others who visit the region. “An estimated 3,000 of these birds are currently being killed daily by local hunters to sell at local markets,” say Jamshid Parchizadeh, an Iranian conservationist, and zoologist Samual Williams, of Venda University, South Africa, in their letter to Science. “This could have catastrophic effects on the species that depend on this ecosystem.”