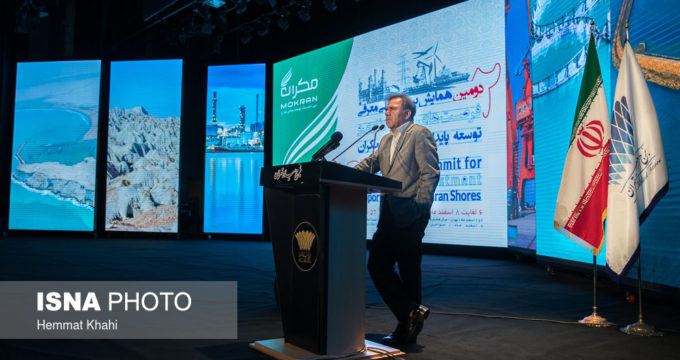 February 26, The Iran Project – The second international conference on introducing investment opportunities and sustainable development in Makran coast in the coastal strip of Makran in southeastern inaugurated in Tehran on Sunday (Feb. 25) attended by several high-ranking officials.

Addressing the gathering, Jahangiri called on domestic and foreign investors to participate in development plans in the coastal strip of Makran in southeastern Iran, promising full state support.

Jahangiri noted that the Makran plan envisages one million residents, adding that industry, oil and gas fields can be further developed in this area.

The VP pointed to the agreement between Iran, India and Afghanistan on Chabahar which has been described as a game changer for regional connectivity, creating a regional trade, investment and transportation hub linking the Indian Ocean to Central Asia.

Besides, Brigadier General Hatami said there is “a great chance for domestic and foreign private sector investors to become familiar with the unique opportunities in petroleum and gas, transit and transportation, tourism and the development of new urban areas.”

He  stated that there are a lot of infrastructure projects under construction, hoping that the region will flourish in the future.

In a meantime, the free trade zones of Iran’s Chabahar and Kyrgyzstan’s Bishkek on Monday (Feb 26) signed a memorandum of understanding (MoU) on expanding cooperation on the sidelines of the conference.

As per the MoU, the two sides are committed to expand bilateral ties in transit, transportation, logistics and tourism arenas.