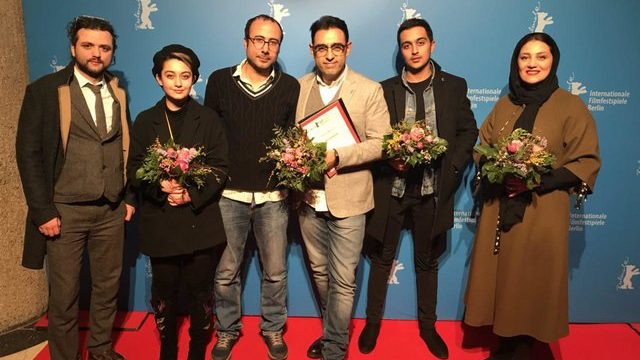 Iran Daily – The 14plus International Jury of the 41th Generation at the 68th Berlin International Film Festival awarded the Special Mention to the Iranian feature film ‘Dressage’, directed by Pooya Badkoobeh.

The festival’s official website recorded that the film impressed jury members with its intelligent storytelling as well as its complex and unpredictable development of characters.

The protagonist is uncompromising in her refusal to join the vicious cycle of corruption, lies, middle-class hypocrisy and false morality.

‘Dressage’ tells the story of Golsa and her friends who, motivated primarily by boredom rather than greed, decide to rob a corner shop.

But while evaluating the steal, they are dismayed to realize that they forgot to take the security camera footage; so one of them must return to the crime scene and retrieve it.

Since 1978, the Berlinale has devoted a section to children and young people: Generation, in two competitions, Generation Kplus and Generation 14plus. The most outstanding films are awarded the Crystal Bears and the Prizes of the international Juries.

Founded in 1951, the Berlin International Film Festival is one of the world’s leading film events which is held in Germany and is celebrated annually in February.