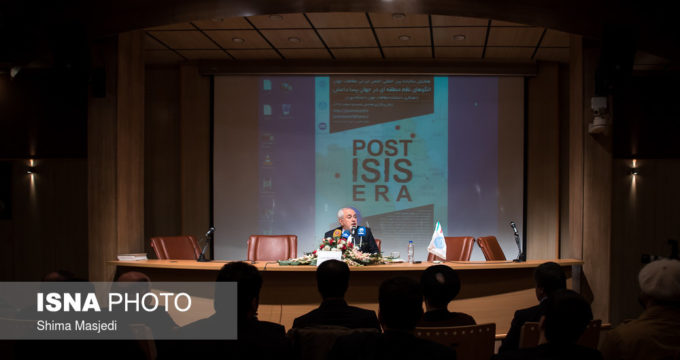 Iran FM Zarif: Daesh not over yet

IRNA – The idea that Daesh is over should not come to anybody, Iranian Foreign Minister Mohammad Javad Zarif said here on Saturday.

‘Daesh (ISIS) ideology and its financial support have not been annihilated yet,’ Zarif said at a conference on Patterns of Regional Orders in Post ISIS Era held in this Iranian capital this morning.

‘What happened in the region was termination of the Daesh domination over some areas in Iraq and Syria, not the end of Daesh ideology,’ Zarif stressed.

‘The West big mistake is that it thinks Daesh is over,’ said Zarif, adding the conditions created by terrorist group of Daesh still exist.

Following today’s conference, Zarif told reporters that Iran has done a great deal to fight Daesh that threatens the security of the world.

‘The danger of extremism and Daesh (ISIS) still threatens the world; the need for planning a long-term basic combat against the danger in the cultural field and against extremist ideology and also the cooperation and dialog among the countries of the region is clearly seen,’ said Zarif.