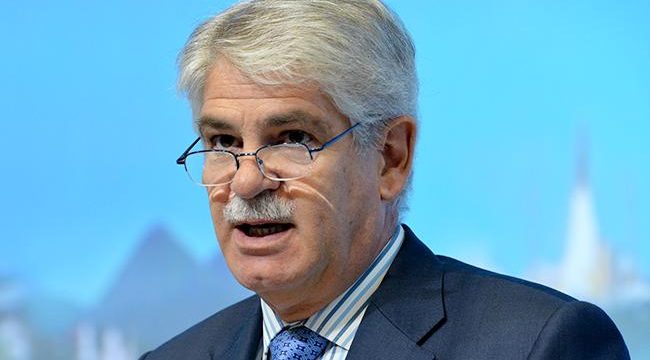 Spain’s FM urges Iran to use ‘influence’ for regional peace

IRNA – Spain’s visiting Foreign Minister Alfonso Dastis called on Iran Wednesday to use its ‘influence’ to establish security in the region through cooperation and consultation.

‘Our goal is detente and alleviating conflicts and tensions in the Middle East region,’ he said following a meeting with Ali Akbar Velayati, Iran’s Supreme Leader’s advisor and a member of the country’s Expediency Council.

‘Promoting the good relations between Iran and Spain is another goal of the visit,’ he added.

He said that Establishing a process that leads to continual political consultations is also among the purposes of his visit to Iran.

The Spanish foreign minister arrived in Tehran on Tuesday evening to talk with Iranian officials.

Meeting with Iran’s President Hassan Rouhani and Foreign Minister Mohammad Javad Zarif are on the schedule of his two-day visit.