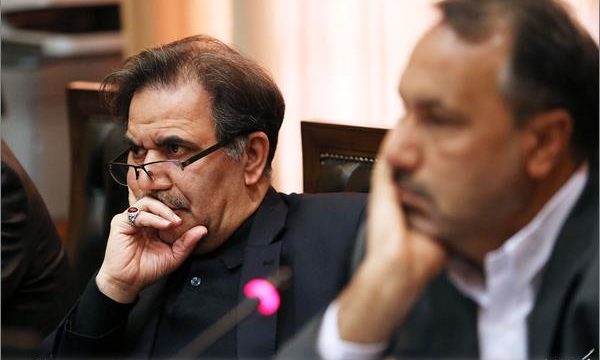 Tasnim – Iran’s Minister of Roads and Urban Development Abbas Akhoundi on Wednesday attended a meeting of the parliament’s Civil Commission, explaining the circumstances surrounding a recent plane crash in southwest Iran that led to the deaths of all 65 people on board.

Speaking to the Tasnim News Agency, Shahram Kouse Gharavi, a member of the Civil Commission, said during the Wednesday meeting with Akhoundi, various issues were discussed, including Iran’s Sanchi oil tanker that sank after colliding with a Chinese freighter in January, and the deadly crash of an ATR passenger plane operated by the Aseman Airlines.

According to the lawmaker, Akhoundi commented on the possible reasons behind the plane crash during the session but said any definitive comment about the reasons would be made after the black box of the plane is found.

The road minister also said 30 bodies of the plane crash victims have been found up to now and expressed the hope that bodies of other victims would be found soon, Kouse Gharavi stated.

Alim Yar Mohammadi, another member of the Civil Commission, told Tasnim that in addition to the road minister, high-ranking officials of the Civil Aviation Organization (CAO) and Iran’s Red Crescent Society (IRCS) as well as the managing director of the Aseman Airlines participated in the Wednesday meeting.

On Tuesday, helicopters of the Islamic Revolution Guards Corps (IRGC) managed to find the exact location of the wreckage of the ATR plane that crashed on Sunday.

The ATR plane of Aseman Airlines with 65 passengers, including six crew, flying from capital Tehran to the city of Yasouj, disappeared from radar screens some 20 minutes after take-off on Sunday morning.

A widespread search operation is still underway to find the bodies of the passengers and crews of the ill-fated plane.