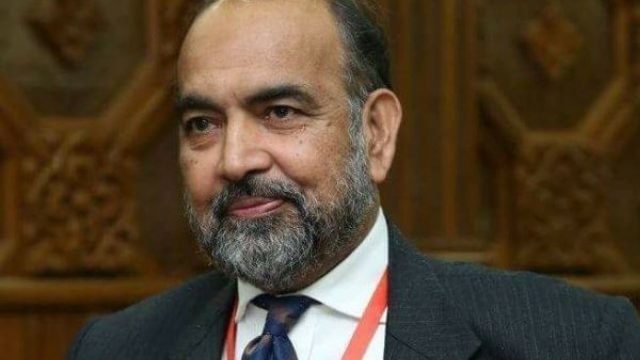 IRNA – Chairman of Pakistan’s Council of Islamic Ideology (CII) says that all minorities are enjoying complete religious freedom and protection in Iran.

Dr Qibla Ayaz was speaking at a seminar in connection with the 39th anniversary of the Islamic Revolution about the situation of minorities’ rights in Iran. The Seminar was organized by Iran Cultural Center (Khana Farhang) in north western city of Peshawar.

Dr Qibla Ayaz, addressing on the occasion, said that Iranian society provides a unique atmosphere for the freedom and rights of minorities which is not available in other Muslim states.

Chairman of Pakistan’s Council of Islamic Ideology (CII) added that in Iran Shia and Sunni Muslims offer prayers in one mosque. He noted that the United Nations (US) has also confirmed that minorities in Iran enjoy complete religious freedom.

Director of Iran Cultural Center (Khana Farhang) Abbas Famuri, expressing his views. said Islamic Revolution under the great leadership of Imam Khomeini in Iran was a unique event of the 20th century.

He further added that after the Islamic Revolution, the protection of minorities’ rights in the country of Iran was ensured.

Iran minorities, Qibla Ayaz February 20, 2018
Monetary agreements with 10 countries
Is there a ‘Secret US Hand’ supporting Daesh in Afghanistan?