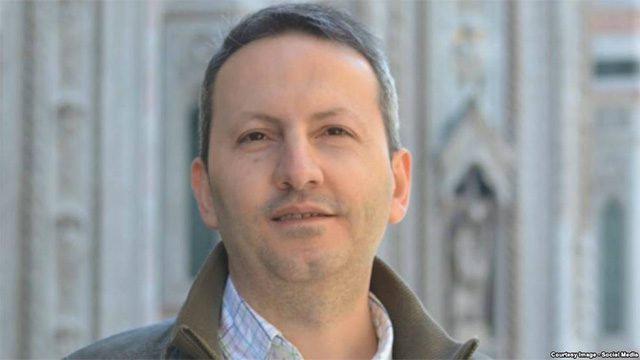 Foreign Ministry Spokesman Bahram Qassemi said the ministry called in Helena Sangeland on Monday and served her with a note, communicating the Islamic Republic’s “strong protest” over the Swedish government’s move.

Ahmad Reza Jalali was arrested in 2016 upon traveling to Iran. Based on his confession, he was convicted of spying for Mossad and complicity in murdering Iranian nuclear scientists.

On Saturday, however, Stockholm confirmed that the Iranian had been granted Swedish citizenship, a measure Qassemi slammed as “uncommon, questionable, and unfriendly.”

Qassemi said the Swedish envoy was notified that Tehran does not lend credit to the naturalization and still considers Jalali to be an Iranian national.

In no country, do they accord dual citizenship in this fashion to a criminal, who has confessed to murder, and is being held in detention, the Iranian official added.

“No country is allowed to interfere in the Islamic Republic’s internal affairs under any circumstances,” the spokesman asserted.

The Swedish ambassador said she would notify her respective government of Tehran’s protest.

The Israeli regime assassinated four Iranian nuclear scientists between 2010 and 2012.

Last March, Iran’s envoy to the United Nations atomic agency Reza Najafi said Israel had hired hitmen to assassinate nuclear scientists all over the Middle East, and yet, it continued to receive nuclear cooperation from certain countries.

In January, a book named Rise and Kill First: The Secret History of Israel’s Targeted Assassinations by Israeli investigative journalist Ronen Bergman recounted some 2,700 assassination operations by the regime, which, among others, targeted Iranian and German nuclear scientists.