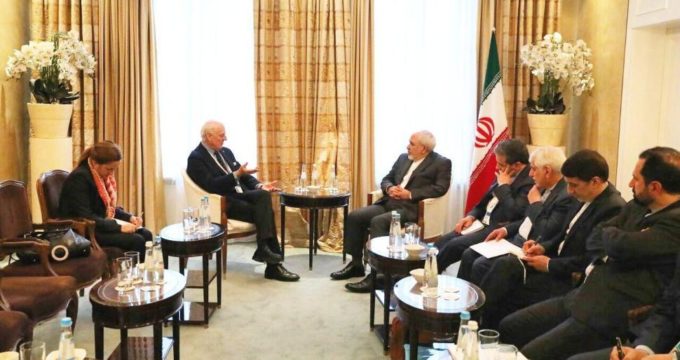 The meeting was held on the sidelines of the 54th Munich Security Conference.

The Munich conference has gathered 30 heads of countries and over 100 ministers.

Over the past five decades, the Munich Security Conference (MSC) has become the major global forum for the discussion of security policy. Each February, it brings together more than 450 senior decision-makers from around the world, including heads-of-state, ministers, leading personalities of international and non-governmental organizations, as well as high-ranking representatives of industry, media, academia, and civil society, to engage in an intensive debate on current and future security challenges.

Zarif is also supposed to leave Munich for Moscow to participate in Valdai Club Conference.