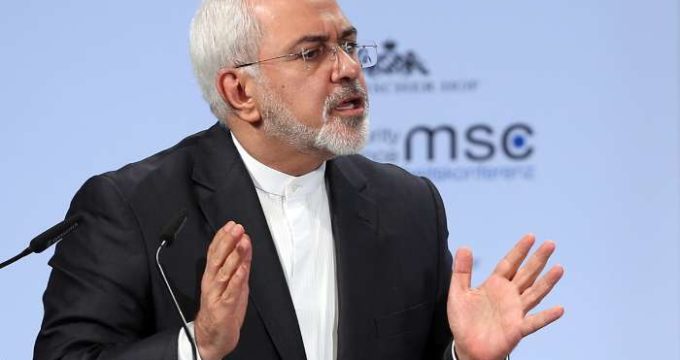 Iranian Foreign Minister Zarif: Israel ‘will see the response’ if they act against Iran

NBC– Iran’s foreign minister told NBC News that the recent shooting down of an Israeli fighter jet had destroyed the “myth of invincibility” that surrounded Israel’s military for decades.

After “30 years the Syrians were able to down one of its planes,” Foreign Minister Mohammad Javad Zarif told NBC News in an exclusive interview on the sidelines of the Munich Security Conference on Sunday. “And so the myth of invincibility of Israel, of the Israeli military, has crumbled.”

Syria “was able to use its own means to bring down one of their planes,” he said, referring to last weekend’s clashes involving an Iranian drone launched from Syria, a downed Israeli jet and retaliatory airstrikes. “The answer is: Don’t violate their airspace.”

Last weekend’s showdown began with Israel shooting down an Iranian reconnaissance drone that Israel claimed had entered its airspace. Israel retaliated for the incursion by striking the Iranian base in Syria — Iran is one of the regime’s main backers — from which the drone was operated. A Syrian anti-aircraft missile hit one of the attacking Israeli F-16 jets, which crashed on Israeli soil after the two pilots ejected.

Zarif on Sunday responded to earlier comments from Israeli Prime Minister Benjamin Netanyahu, who said Israel would act against Iran and reiterating his country’s position that Tehran was the world’s greatest threat.

The Israeli prime minister theatrically held a piece of what he said was the Iranian drone that entered Israeli airspace earlier this month, while telling the Munich Security Conference: “Israel will not allow the regime to put a noose of terror around our neck.”

Zarif said Sunday, “Well, if they try to exercise that threat, they will see the response.”

Israel and Syria have technically been at war since 1948, but signed a disengagement agreement in 1974. Since the start of the civil war some seven years ago, Israel has periodically bombed targets in Syria but the incident last weekend culminated in the largest set of Israeli airstrikes against Syrian air defenses since the 1982 Lebanon War. The strikes also hit several Iranian positions in Syria.

Zarif also reiterated that his country would not be the first renounce the landmark nuclear deal between between Iran and six world powers, including the United States, even if the U.S. does.