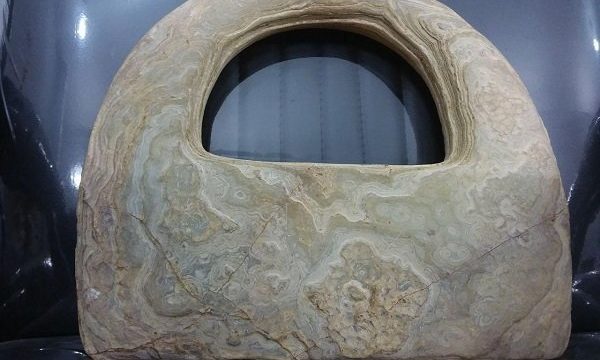 An antique trophy, related to the Stone Age, which is in the form of a handbag was recently discovered in one of the villages in suburb of Jiroft.

This antique object, dating back to 4500 years ago, was uncovered at the unsparing and unflinching effort of police and intelligence forces in Jiroft, he said, adding, “in this respect, three accused persons were identified.”

Investigation is underway about following up the case meticulously, he maintained.

Elsewhere in his remarks, the public prosecutor reiterated, “this antique object was inspected by the expert official in provincial Cultural Heritage, Tourism and Handicrafts Organization.”

This trophy is of qualitative marble shape related to the Stone Age which is as high as 28cm with 28-cm width and as diameter as eight centimeters at large, Salami emphasized.

He said that judicial system will deal with smugglers of antique objects decisively within the framework of rules and regulations.