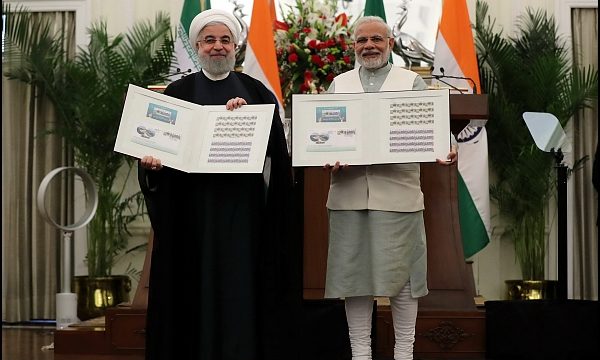 Iran’s judiciary said on Sunday an Iranian-Canadian activist had committed suicide in detention because of the weight of evidence against him in a spying case, an Iranian news agency reported.

Shia and Sunni Muslims are standing by each other in the most difficult times, The Supreme Leader of Islamic Revolution Ayatollah Seyyed Ali Khamenei said.

Int’l confab on reconstruction of Iraq kicks off in Kuwait

The International conference on reconstruction of Iraq started in Kuwait on Wednesday with representatives from many world countries and international bodies.

Iran president slams US recognition of Jerusalem as capital

Iran’s president on Friday strongly criticized the Trump administration’s recognition of Jerusalem as Israel’s capital and urged Muslims to support the Palestinian cause.

In a meeting with Ali Akbar Velayati, Head of the National Wisdom Movement of Iraq praised Iran’s role in defeating ISIL and regaining its territory.

US National Security Adviser H. R. McMaster’s recent remarks in Munich are a threat issued to other countries and against Iran’s nuclear deal, says Tehran.

US to regret any nuclear deal violation: Iran’s Rouhani

Iranian President Hassan Rouhani has once again reiterated the Islamic Republic’s full compliance with the 2015 multilateral nuclear agreement, stressing the United States would undoubtedly regret any violation of the deal.

The foreign ministers of Russia, Iran and Turkey plan to meet next month to discuss the situation in Syria, Kazakh Foreign Minister Kairat Abdrakhmanov said on Tuesday.

Iran’s role in handling the crisis between Baghdad and Erbil is of great importance, said the head of the Department of Foreign Relations of Kurdistan Region of Iraq.

The secretary general of the Lebanese Hezbollah resistance movement has praised the recent downing of an Israeli F-16 fighter jet by the Syrian air defense systems as a “very big military achievement.”

Turkey, US to work together in Syria occupation: Cavusoglu, Tillerson

Ankara and Washington have reached an agreement to work together in their occupation of Syria, where the two NATO allies have been on a collision course over the US’s support for the Kurdish militants operating at Turkish doorstep.

Iranian Deputy Foreign Minister Abbas Araqchi in a meeting with his European counterparts discussed the latest developments in Yemen.

The chief executive of French oil company Total has urged Donald Trump to keep faith with the Iran nuclear deal and told the US president that oil and gas investment would help Iranian reformers in their struggle against hardliners in Tehran.

Iranian Minister of Industry, Mine and Trade Mohammad Shariatmadari said the country has managed to attract $9.7 billion in foreign investment since the coming into force of the 2015 nuclear deal with six world powers, known as the Joint Comprehensive Plan of Action (JCPOA).

Iran has awarded a much-awaited agreement to India over the management of part of its strategic Chabahar port – a move that could enable India to dodge Pakistan and reach markets in Afghanistan, Central Asia and beyond.

Recent figures show that Iran’s exports of oil to South Korea dropped by almost a half in January after a tanker incident off China’s shores, but the country’s exports to India rose nonetheless by above 50 percent.

“The Abu Ghraib Strait” was awarded the crystal Simorgh for best film at the 36th Fajr Film Festival of Iran, while the film’s leading man Amir Jadidi won for best actor and Sara Bahrami took the top prize for best actress for “Woodpecker”.

Heavy air pollution caused by haze and dust particles in Iran’s southwestern city of Ahvaz, Khuzestan Province, has surged to 60 times above safe levels, crossing the “hazardous” level, in which the entire population is likely to experience adverse health effects.

IRGC Chief-Commander Major General Mohammad-Ali Jafari has lauded an Iranian film about Tehran’s role in the fight against terrorism in Syria, praising its director for his allegiance to the Islamic Republic.

Iran has unveiled the poster of the 36th Fajr International Film Festival (FIFF) scheduled to be held in late April on the 120th anniversary of introduction of cinema in the country.

Young Iranian wrestler Alireza Karimi was banned for six months by the United World Wrestling for his intentional defeat in U23 World Senior Wrestling Championship for avoiding facing an Israeli opponent.