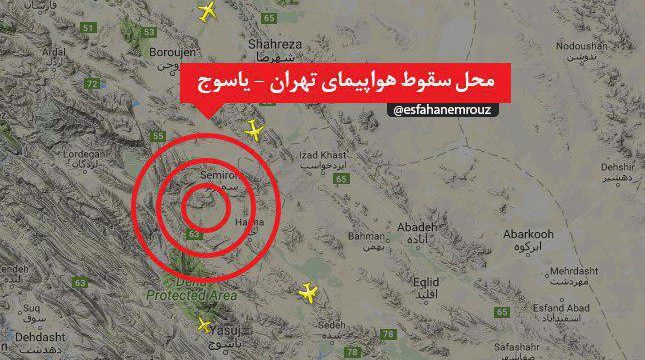 IRNA – Very extreme weathers in the mountainous area where the Iranian passenger plane crashed Sunday morning has made the rescue teams to put up a drone to look for the debris and exact site of the crash.

‘Bad weather prevents us to dispatch helicopters to the region and we will soon put up a drone in search of the crashed plane,’ Noormohammad Mousavi Head of the Red Crescent Department in the city of Semirom in Isfahan Province told the Islamic Republic News Agency (IRNA) in an exclusive interview on Sunday.

Search operation, so far, by the rescue teams to locate the site of the crash has borne no results, Mousavi said.

The ATR-200 flight number 3407 left Tehran’s Mehrabad Airport for Yassouj, the capital city of Kohgiluyeh and Boyer-Ahmad Province in southwestern country at 7:55 local time. But 50 minutes later it disappeared from radar screens.