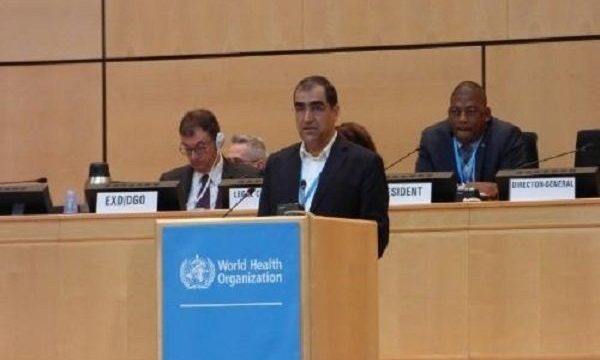 WHO appoints Iran health min. as commissioner on NCDs

MNA – At the official announcement of World Health Organization (WHO), Iranian Minister of Health and Medical Education Dr. Seyed Hassan Ghazizadeh Hashemi was appointed as commissioner to control and prevent non-communicable diseases (NCDs)

Deputy Ministry of Health and Medical Education in International Affairs Mohsen Asadi Lari made the above remark and added, “non-communicable diseases are the leading cause of 75% death of people in the country, so that WHO has emphasized on controlling these diseases in the world strictly.”

In this line, High Commissioner to Control Non-Communicable Diseases, headed by four presidents and ministers, was set up to guide joint programs across the world, he said, adding, “as a leading country, Iran approved document to control and prevent non-communicable diseases.”

He reiterated, “World Health Organization has praised Iran’s role as one of the successful countries in controlling and preventing non-communicable diseases.”

To conclude his remarks, the deputy minister said, “it was stipulated that Iran’s progresses and achievements would be submitted in UN General Assembly in 2018.”