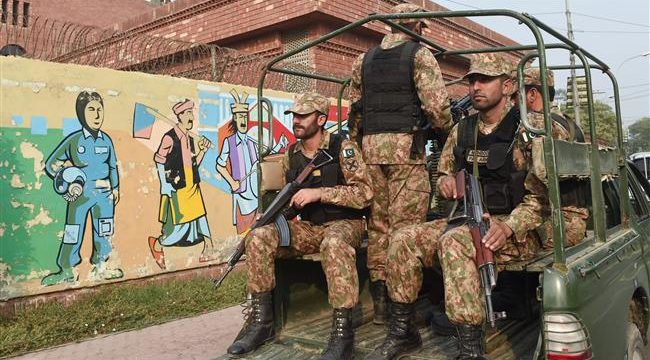 Press TV- Pakistani lawmakers have blasted a recent government decision to deploy troops to Saudi Arabia, saying the move may violate a parliamentary resolution that urges neutrality in the war on Yemen.

The Pakistani army said on Thursday that it was sending forces to Saudi Arabia, stressing, however, that the new deployment and nearly 1,000 Pakistani “troops already there will not be employed outside KSA (the Kingdom of Saudi Arabia).”

“In continuation of ongoing Pak-KSA bilateral security cooperation, a Pakistan Army contingent is being sent to KSA on [a] training and advice mission,” the army’s Inter-Services Public Relations said in a statement.

A resolution was unanimously passed at the Pakistani parliament in April 2015, stipulating that the Asian country had to stay neutral in the conflict in Yemen “so as to be able to play a proactive diplomatic role to end the crisis.”

The resolution came in response to Saudi Arabia’s request from Pakistan to provide ships, aircraft, and troops for the Riyadh-led war on Yemen.

On Friday, Pakistani lawmakers criticized the government for potentially bypassing the parliamentary resolution and “making unilateral decisions to the detriment” of the country.

Senator Farhatullah Babar warned of “grave consequences” for Pakistan regarding the troop deployment to Saudi Arabia.

Meanwhile, Pakistani Senate Chairman Raza Rabbani summoned the country’s foreign minister to explain the reasons for the deployment of the troops to Saudi Arabia.

Shireen Mazari, a member of the National Assembly of Pakistan, also slammed the government decision and sought clarifications to make sure that the initiative would not “contravene” the country’s neutrality outlined in the parliamentary resolution.

“Mr. Speaker, as you know, Saudis themselves are embroiled in the war and it is not reaching any conclusion,” she said, demanding the government explain the terms of the security pact with the Saudis and the type of missions Pakistani troops will undertake in the kingdom.

“How and on what grounds the government took the decision, or was this decision not taken by the government as such but it was just part of a routine that the military decided to send more troops?” she asked.

The Saudi war was launched in March 2015 in support of Yemen’s former Riyadh-friendly government and against the Houthi Ansarullah movement, which has been running state affairs since the former regime resigned.

The offensive has, however, achieved neither of its goals despite the spending of billions of petrodollars and the enlisting of the cooperation of Saudi Arabia’s regional and Western allies.

The Saudi-led campaign, which is accompanied by a land, aerial, and naval blockade of Yemen, has so far killed more than 13,600 people and led to a humanitarian crisis.