A Look at Iranian Newspaper Front Pages on February 17

Iran Front Page- IFP has taken a look at the front pages of Iranian newspapers on Saturday, February 17, and picked headlines from 22 of them. IFP has simply translated the headlines and does not vouch for their accuracy.

Newspapers today widely covered the remarks made by Iranian President Hassan Rouhani in an address to a huge gathering of Muslim worshippers in the Indian city of Hyderabad on the need for Islamic unity.

The plans implemented by the Central Bank of Iran to control the foreign exchange and gold coin markets also received great coverage today.

Several papers also highlighted the comments made by Sayyid Hassan Nasrallah, the Secretary-General of the Lebanese Hezbollah movement, against the Israeli regime. 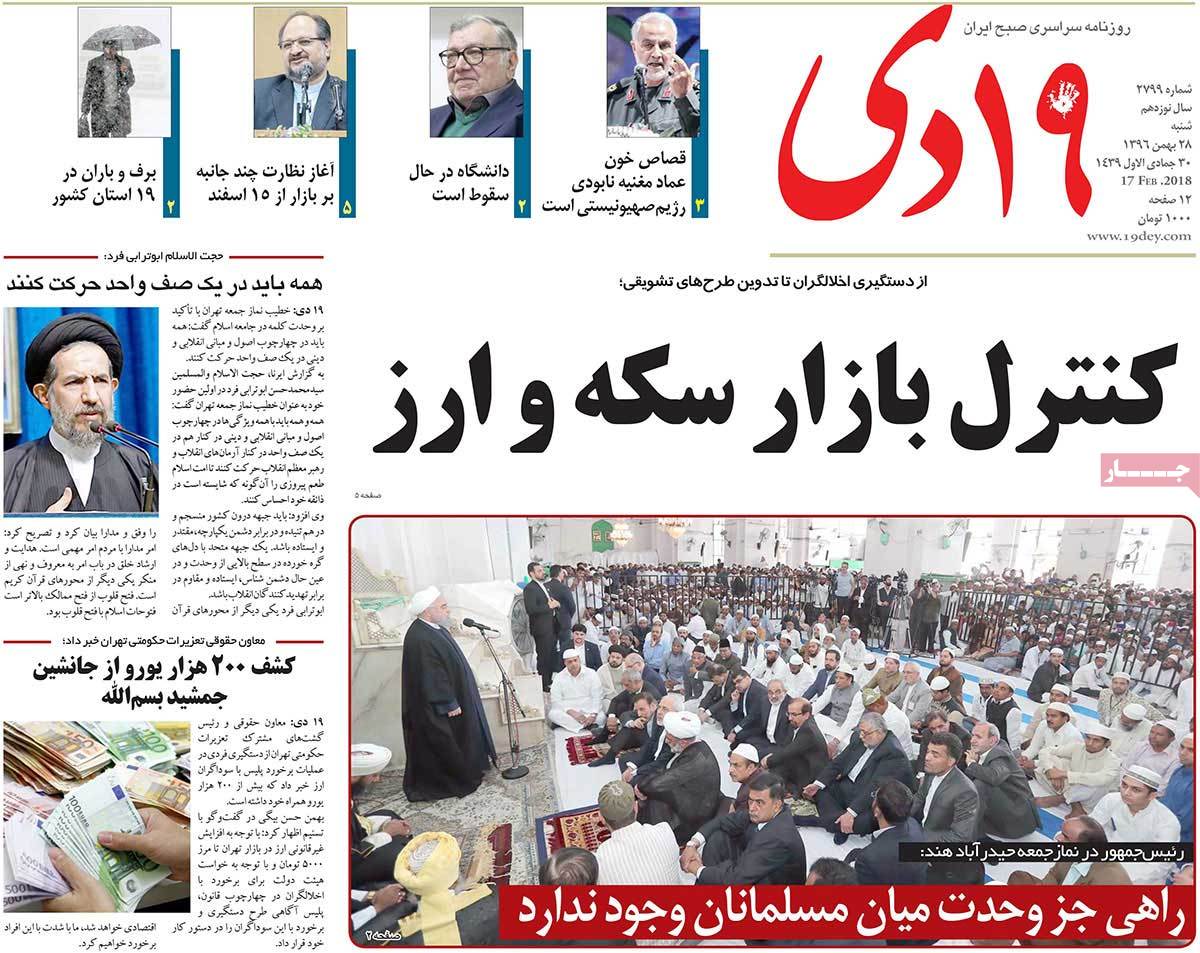 2- Turkey, US Agree on Improvement of Ties, Devising Joint Mechanism for Syria 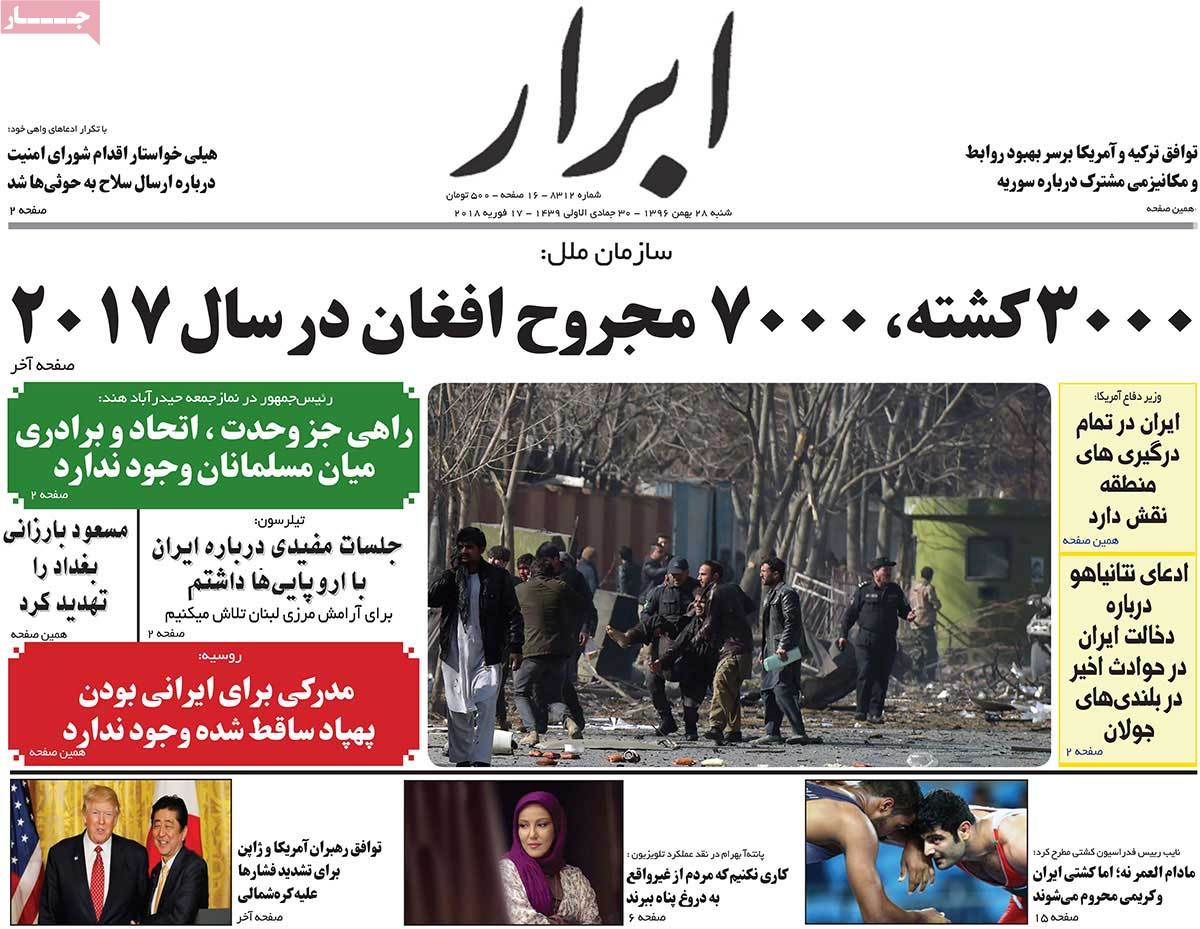 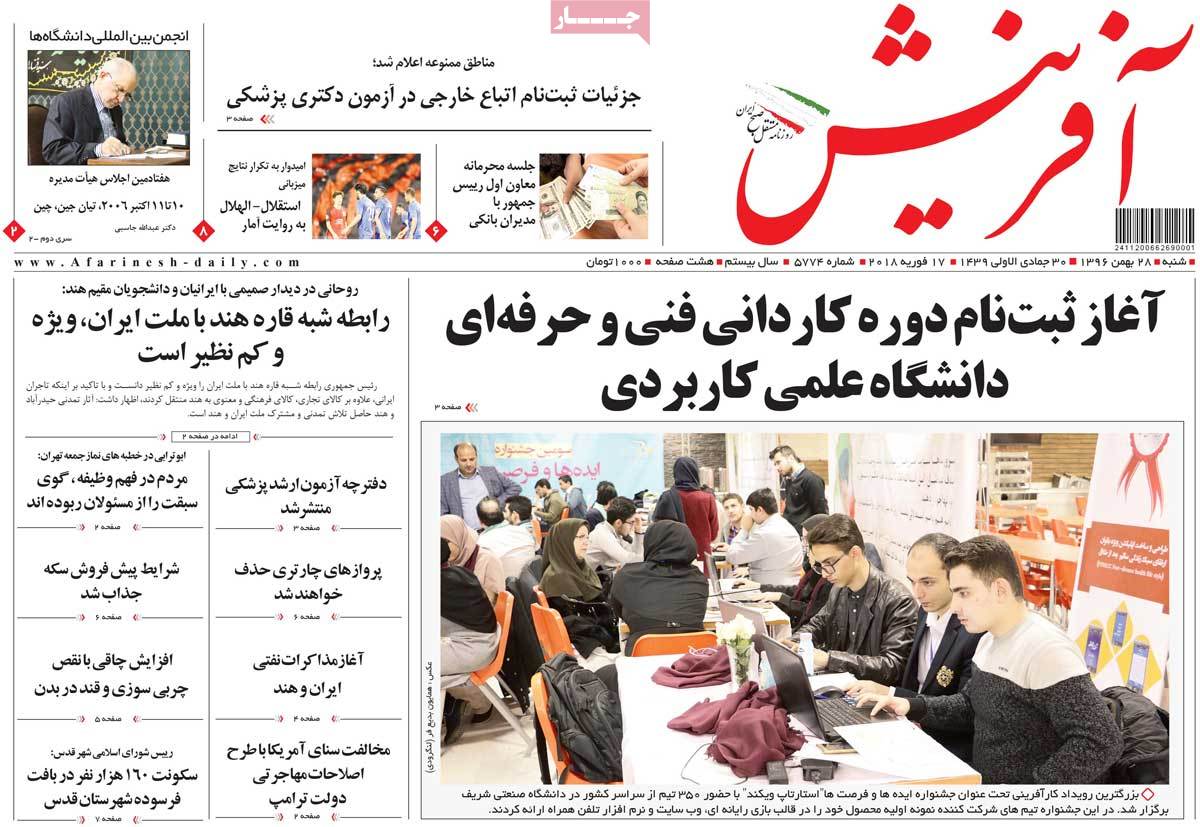 1- Analyst: National Dialogue Should Not Lead to Silencing People 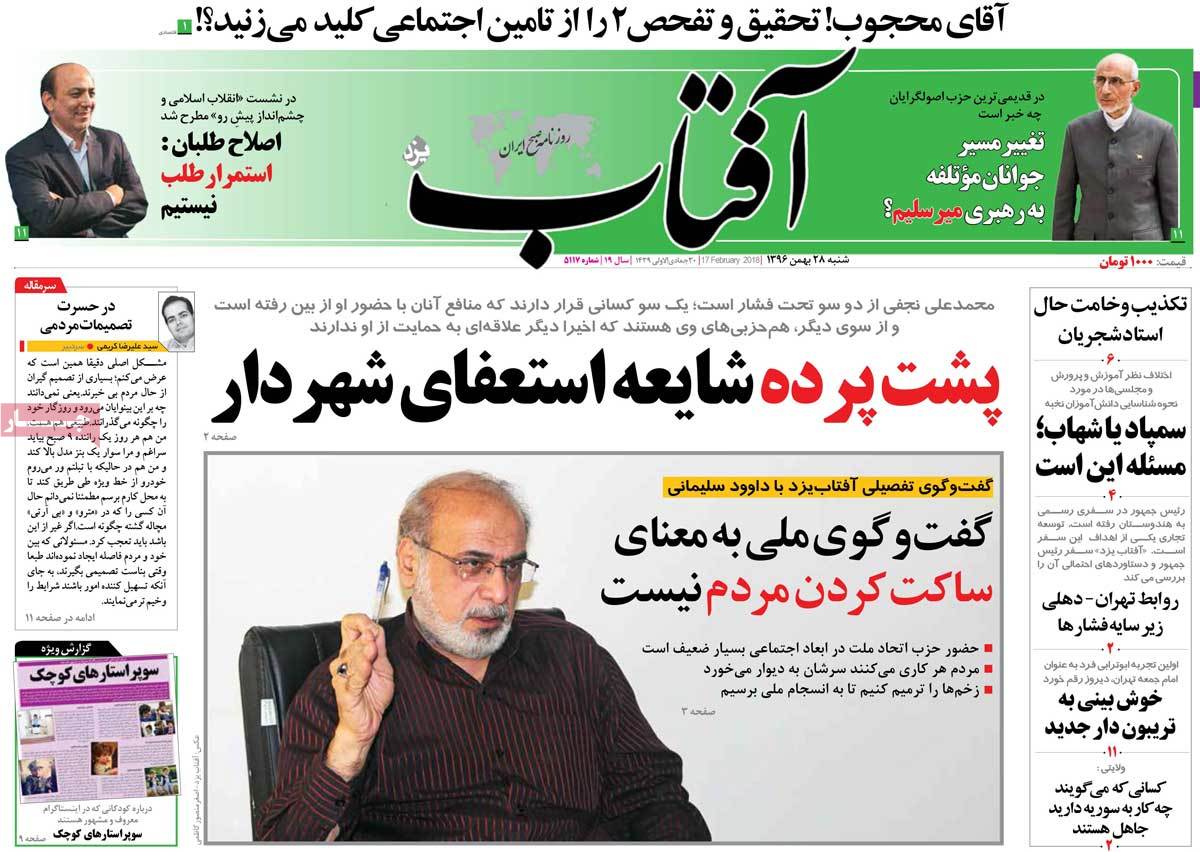 1- Rouhani: We Showed to World We Have Great Power in Negotiations 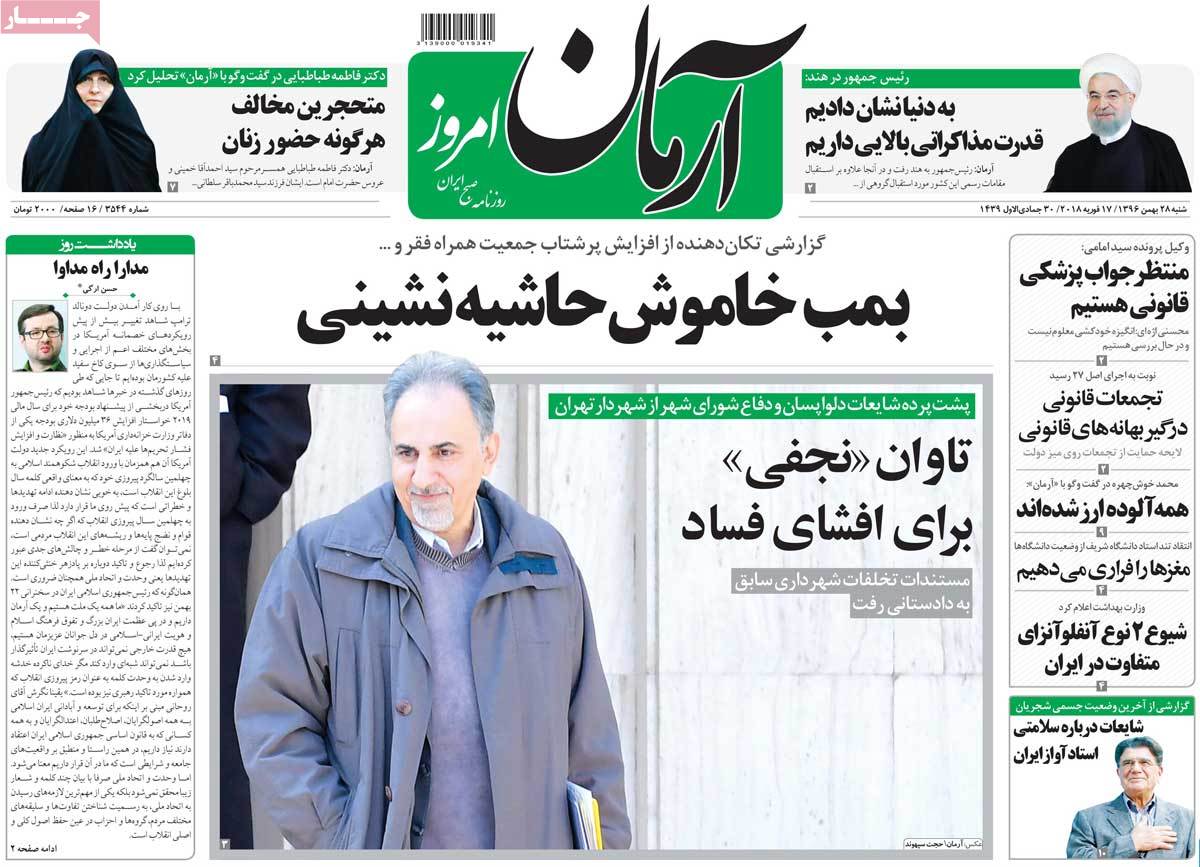 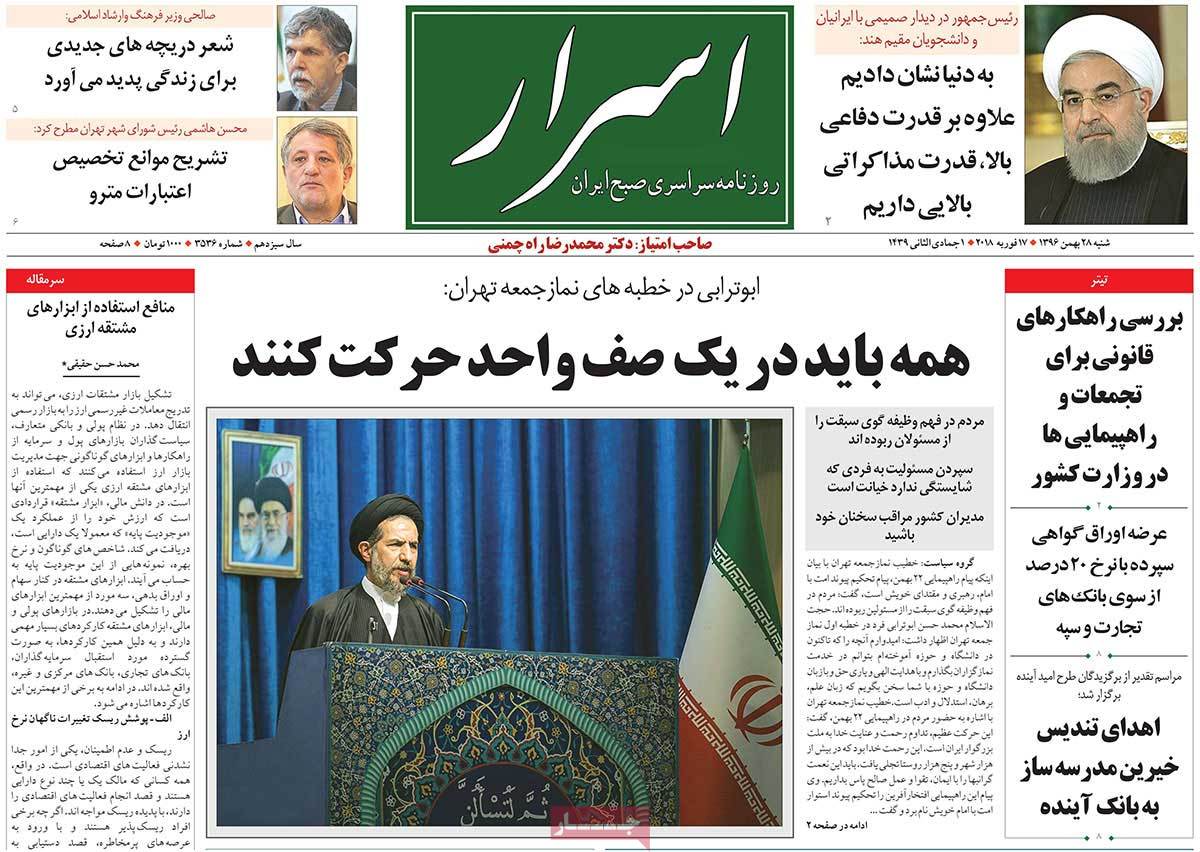 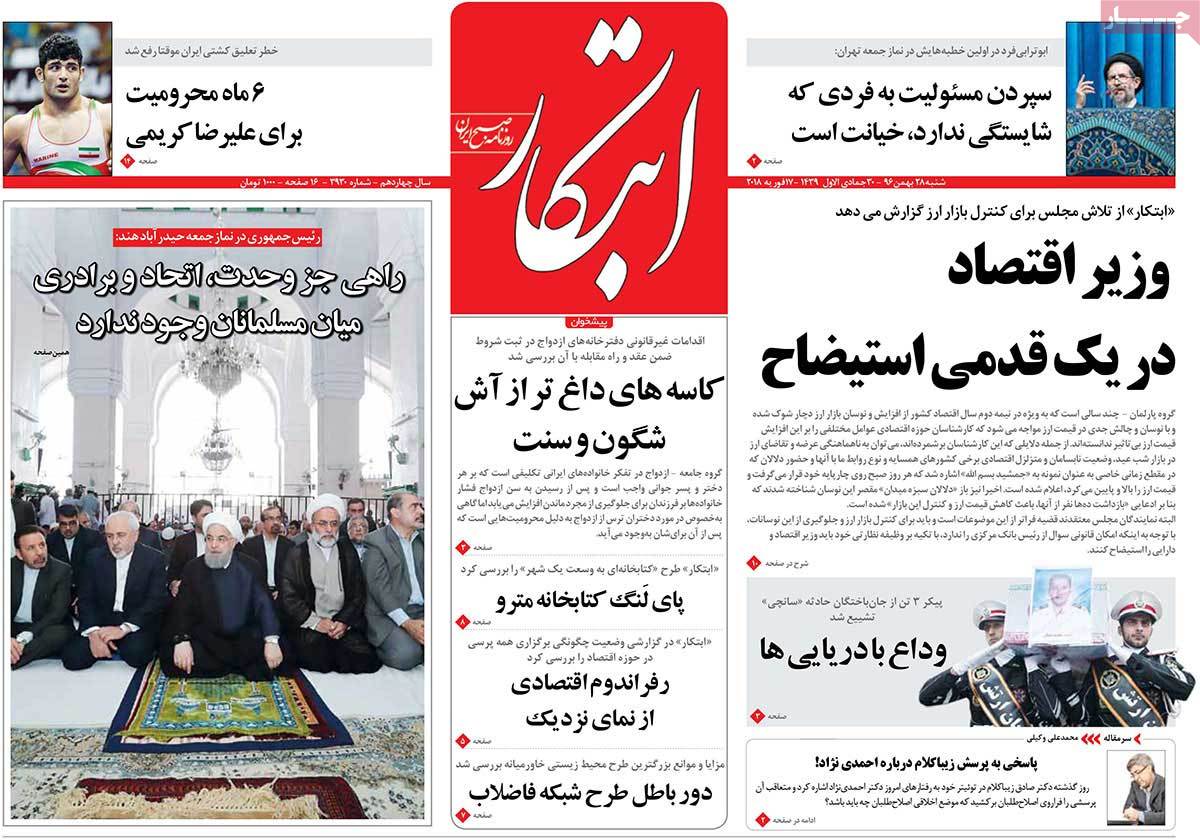 1- Rouhani in Meeting with Hyderabad Clerics: Guns Not to Resolve Muslim World’s Problems 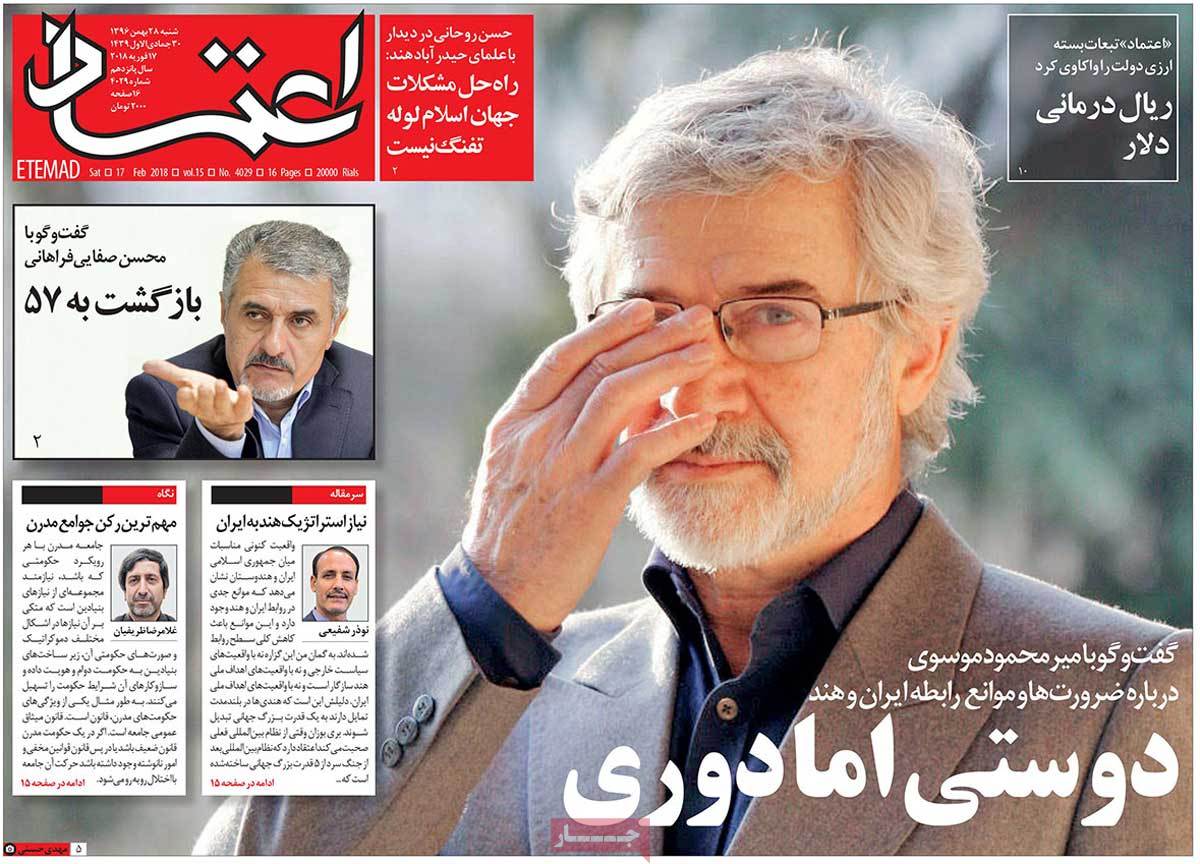 2- Gen. Soleimani: Israel Must Be Destroyed in Revenge for Imad Mughniyeh’s Life

3- Hezbollah Chief: US Has Its Eyes on Syria’s Oil, Gas 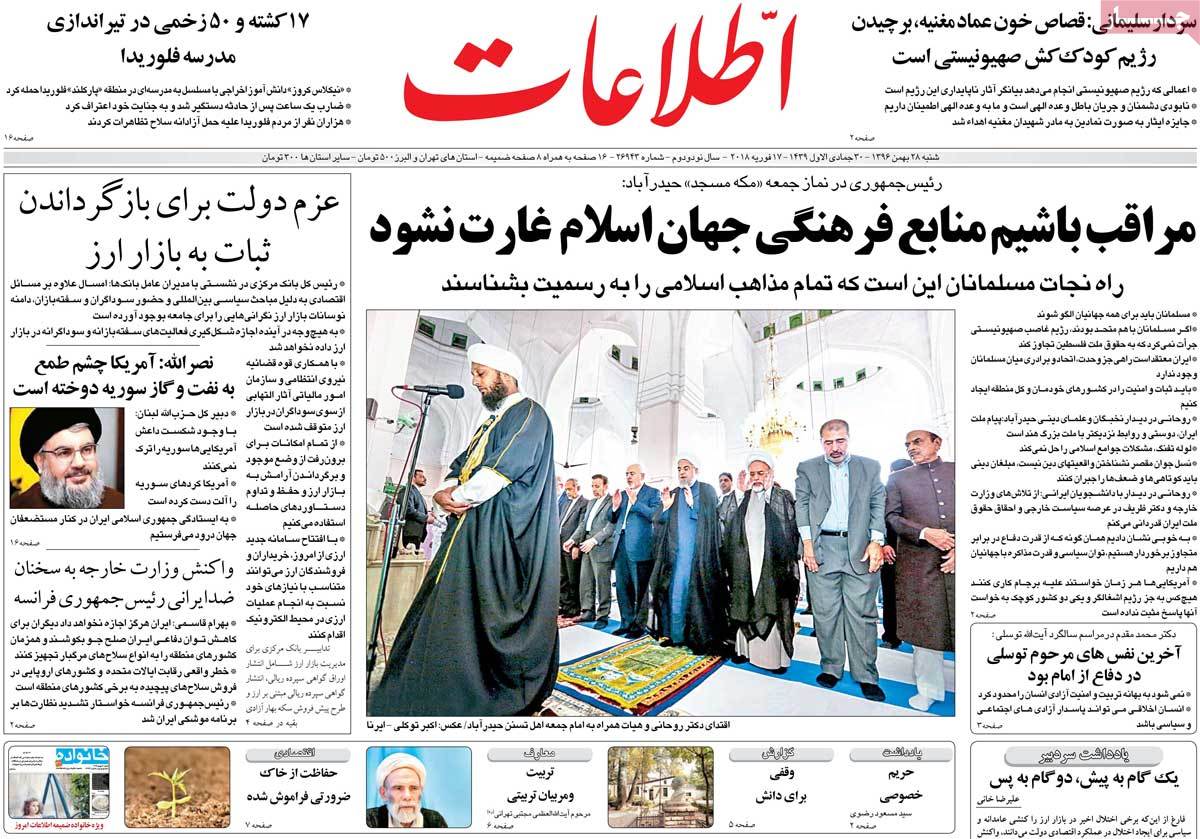 2- Britain Using Deceit to Cover Up Crimes in Yemen

1- Rouhani in India: Enemy Introducing Islam as Religion of Violence 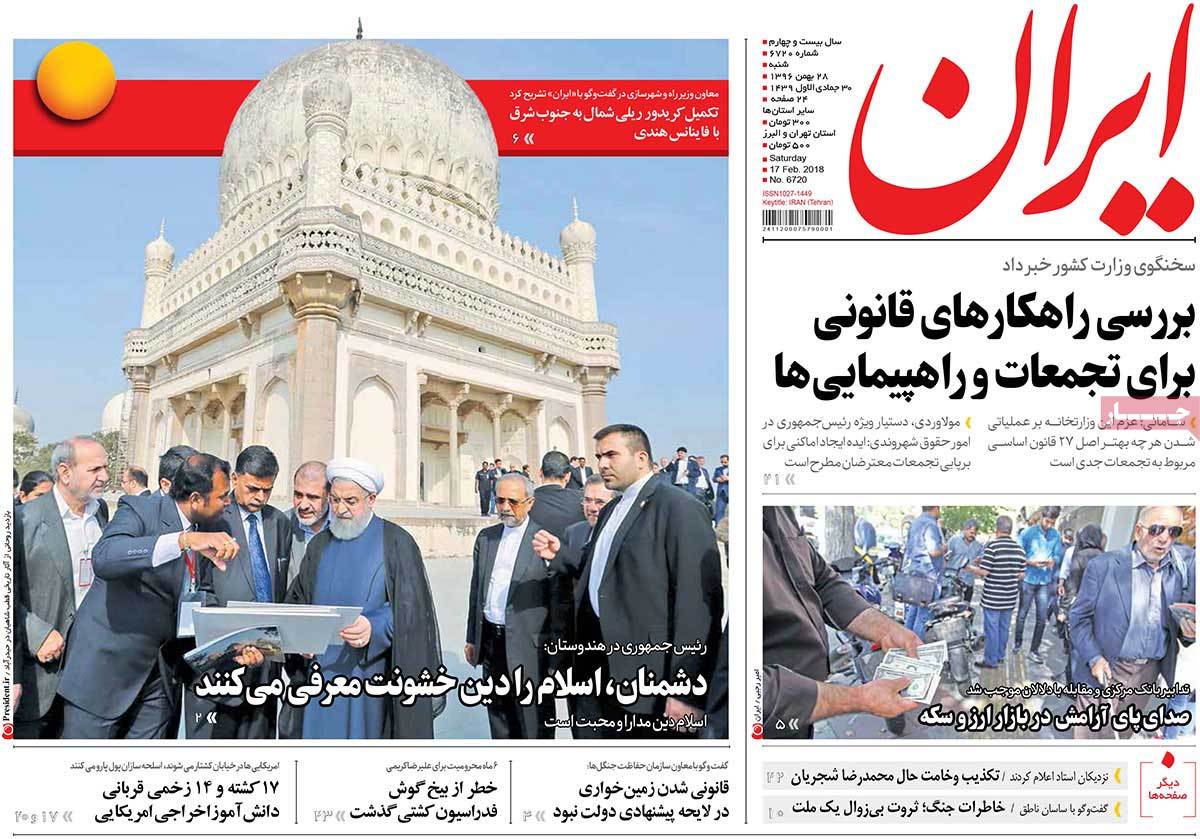 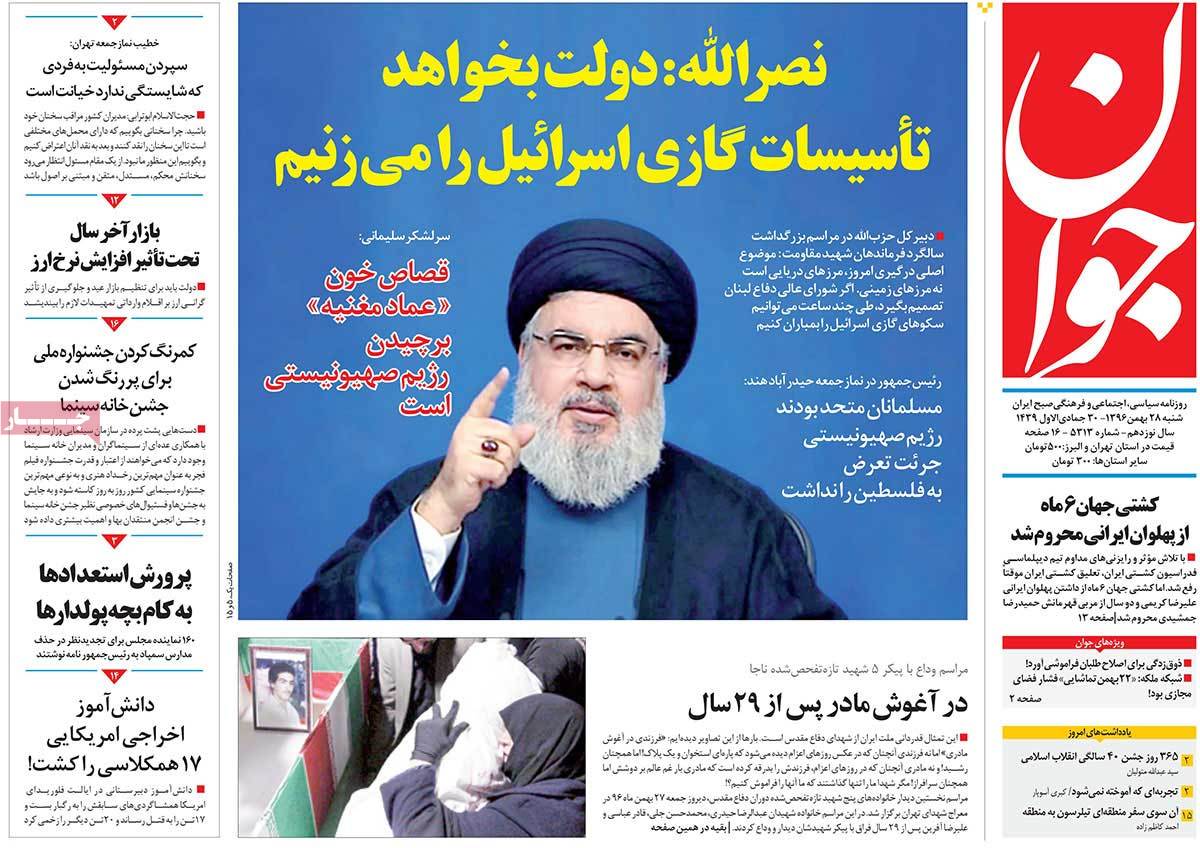 3- Turkey’s Offer to US: Joint Rule over Syria’s Minbaj 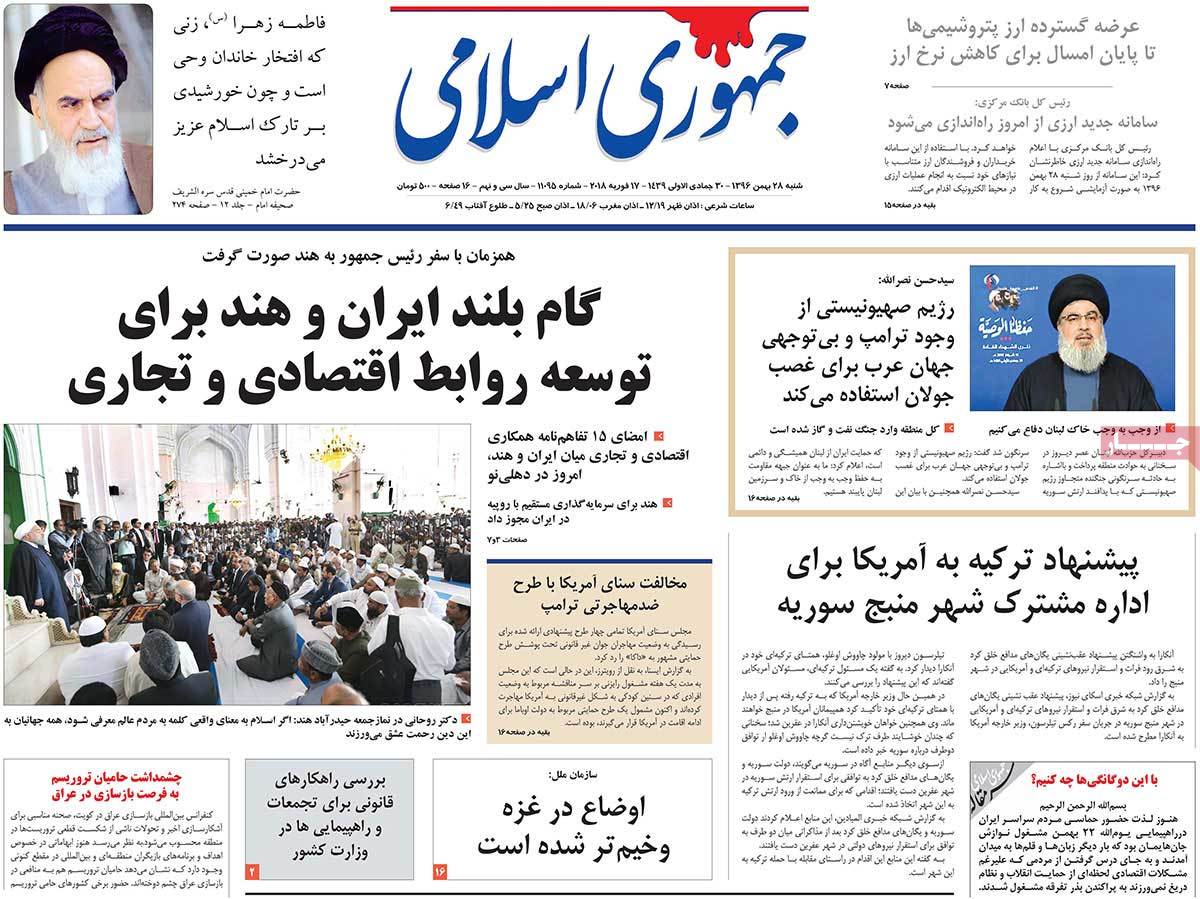 2- Import of British-Made Products to Iran Increased by 133% 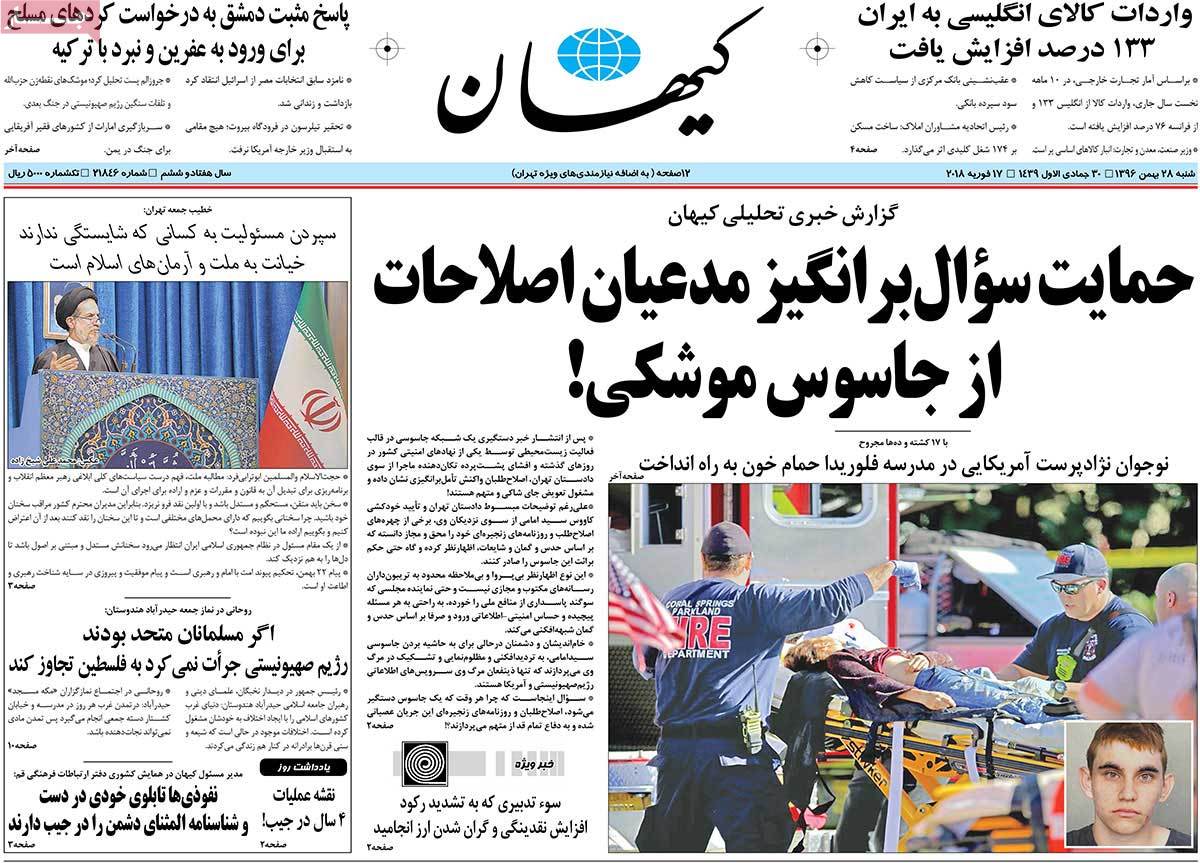 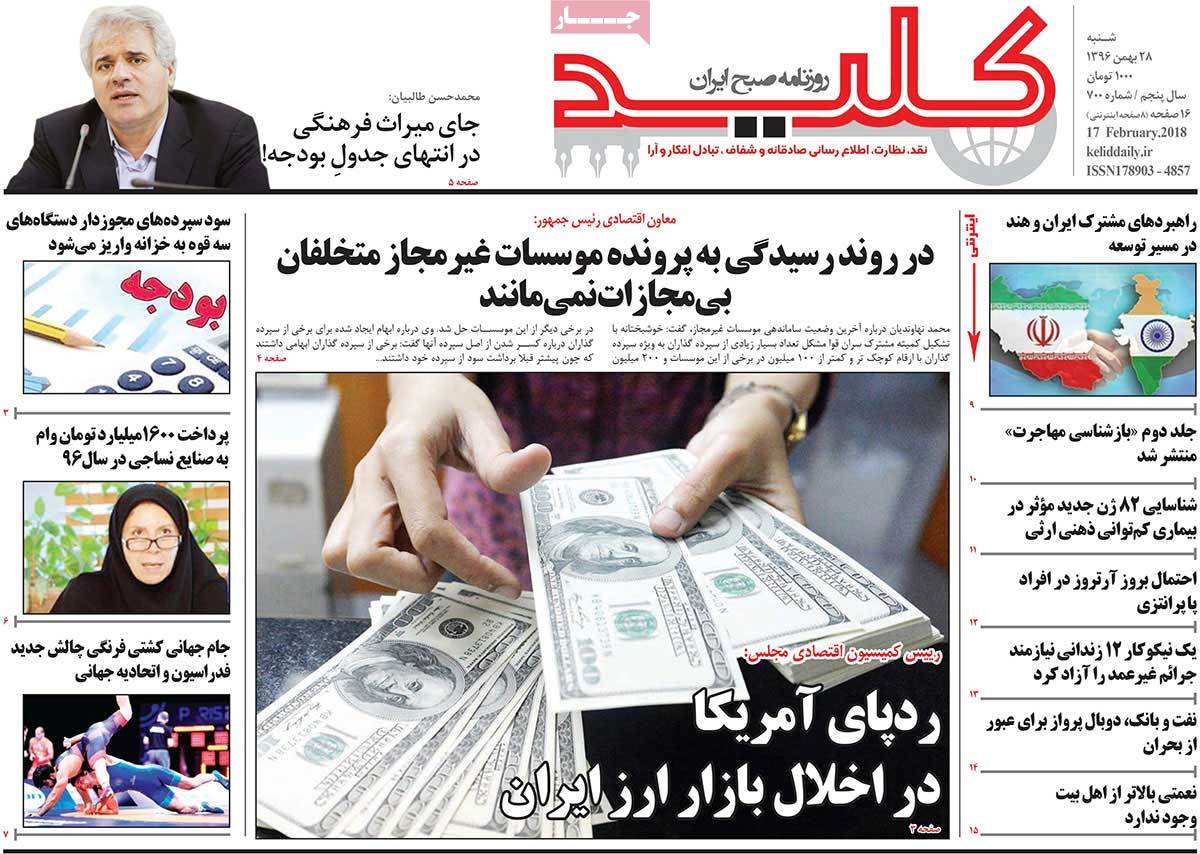 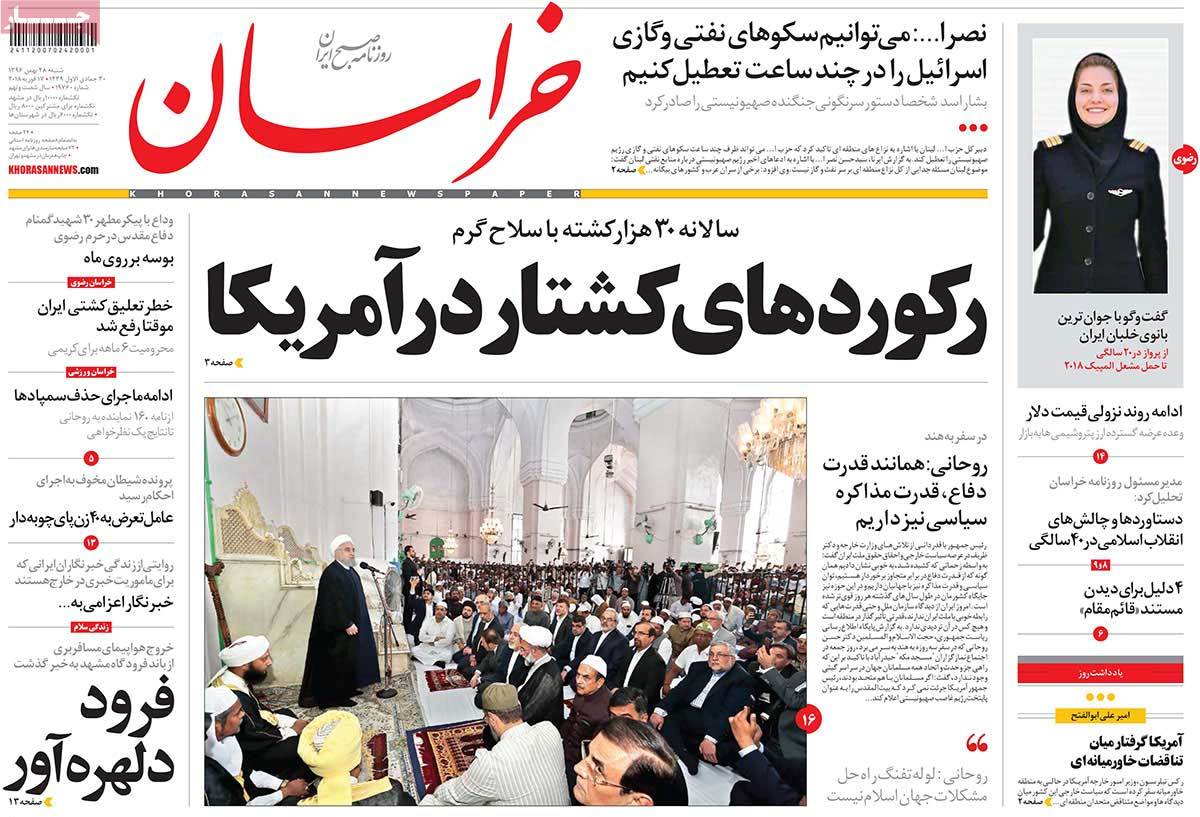 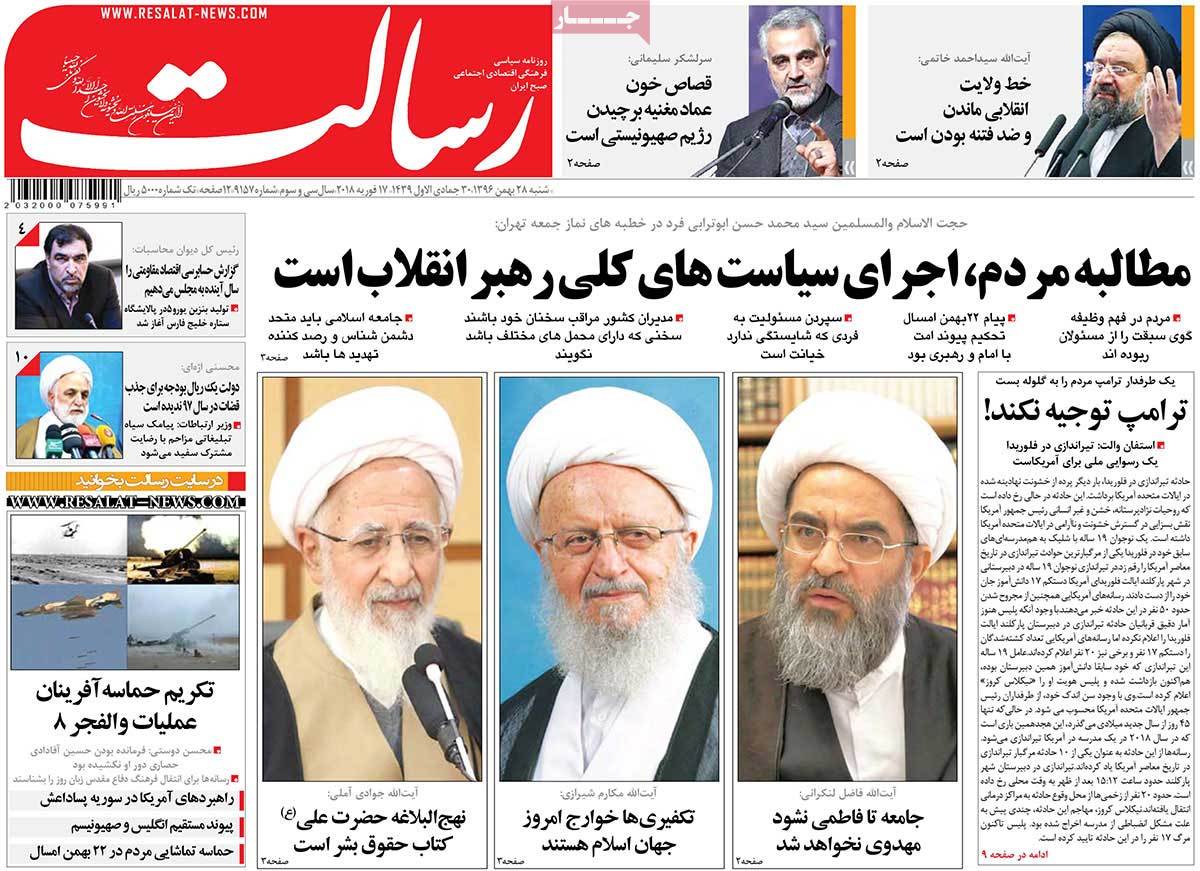 1- Shamkhani: US Must Deal with Its Own Security Instead of Meddling in Other Countries’ Affairs 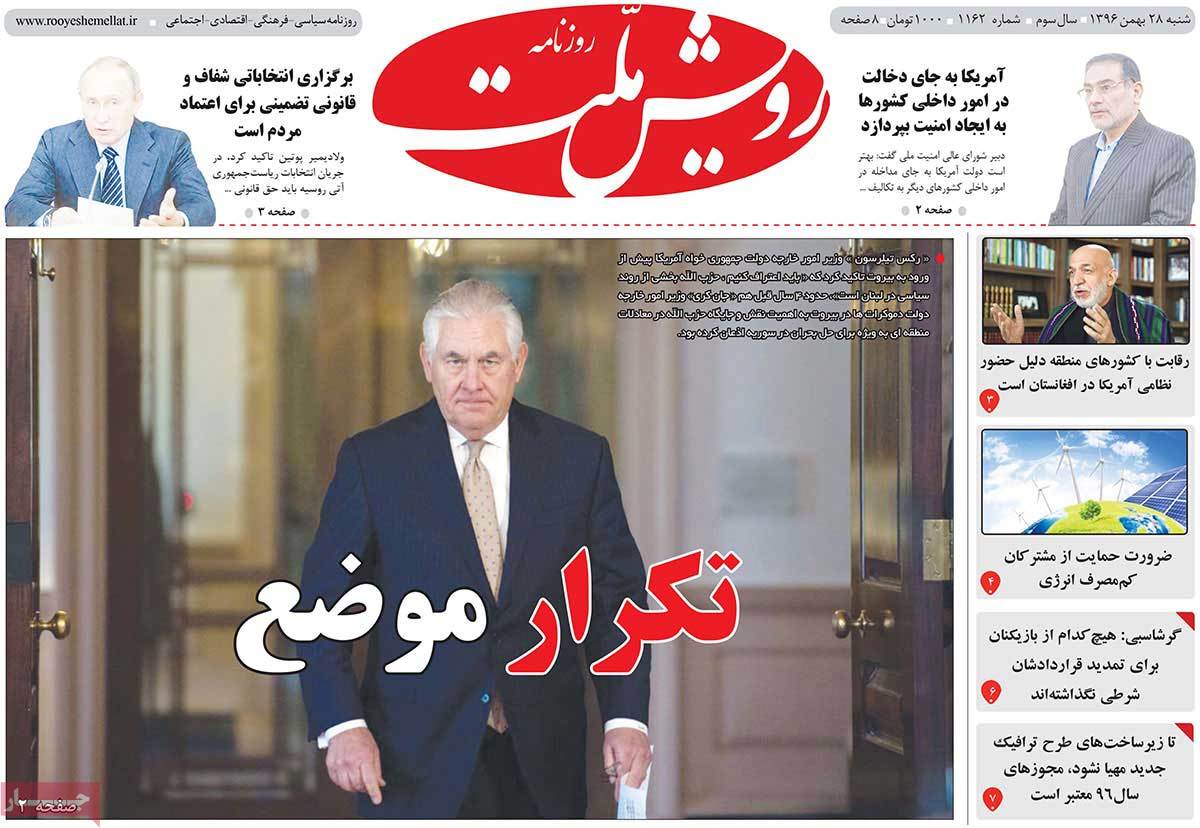 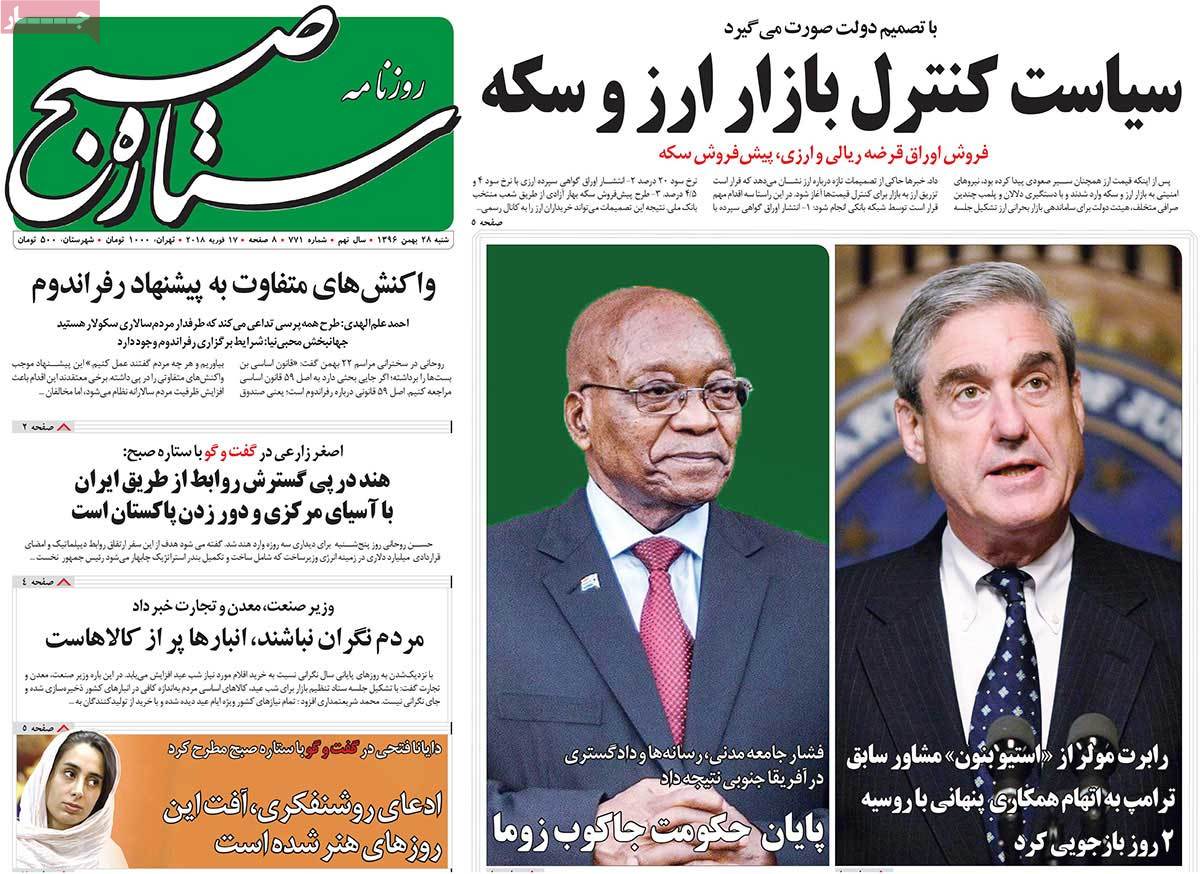 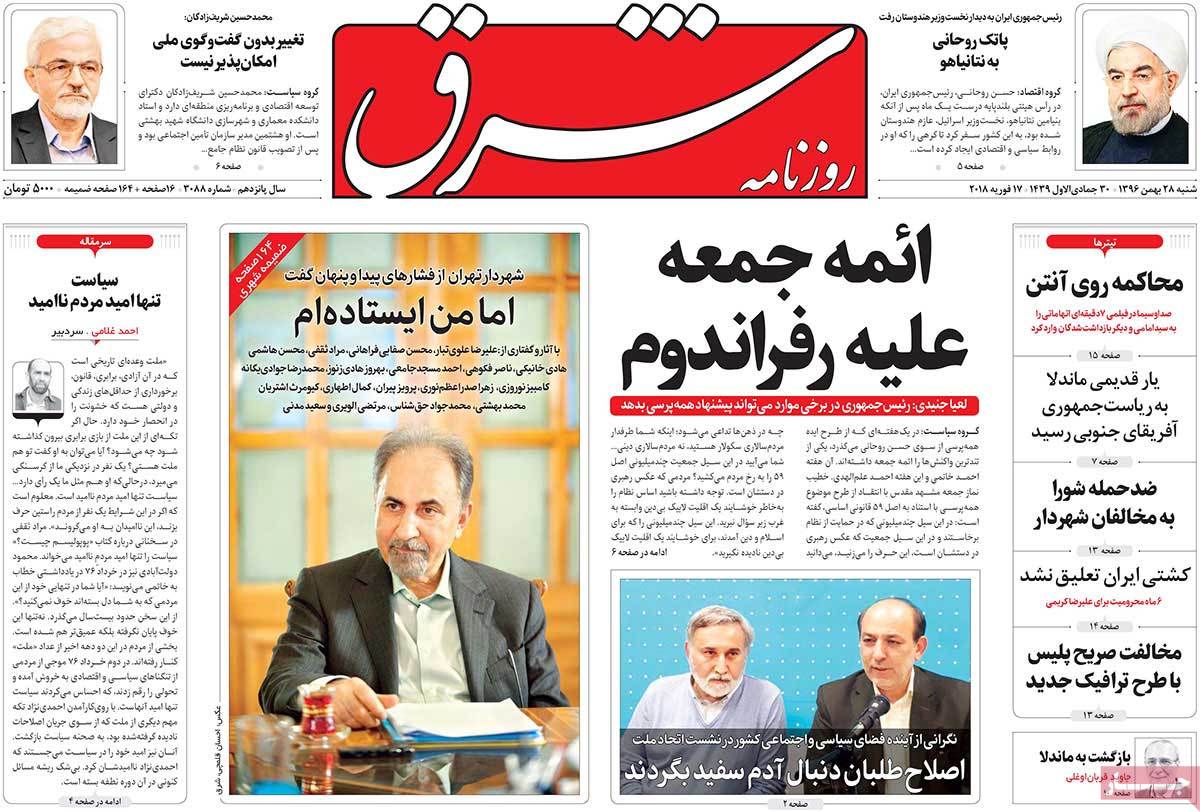 1- American Historian: Trump’s Nightmare to Be Over Soon 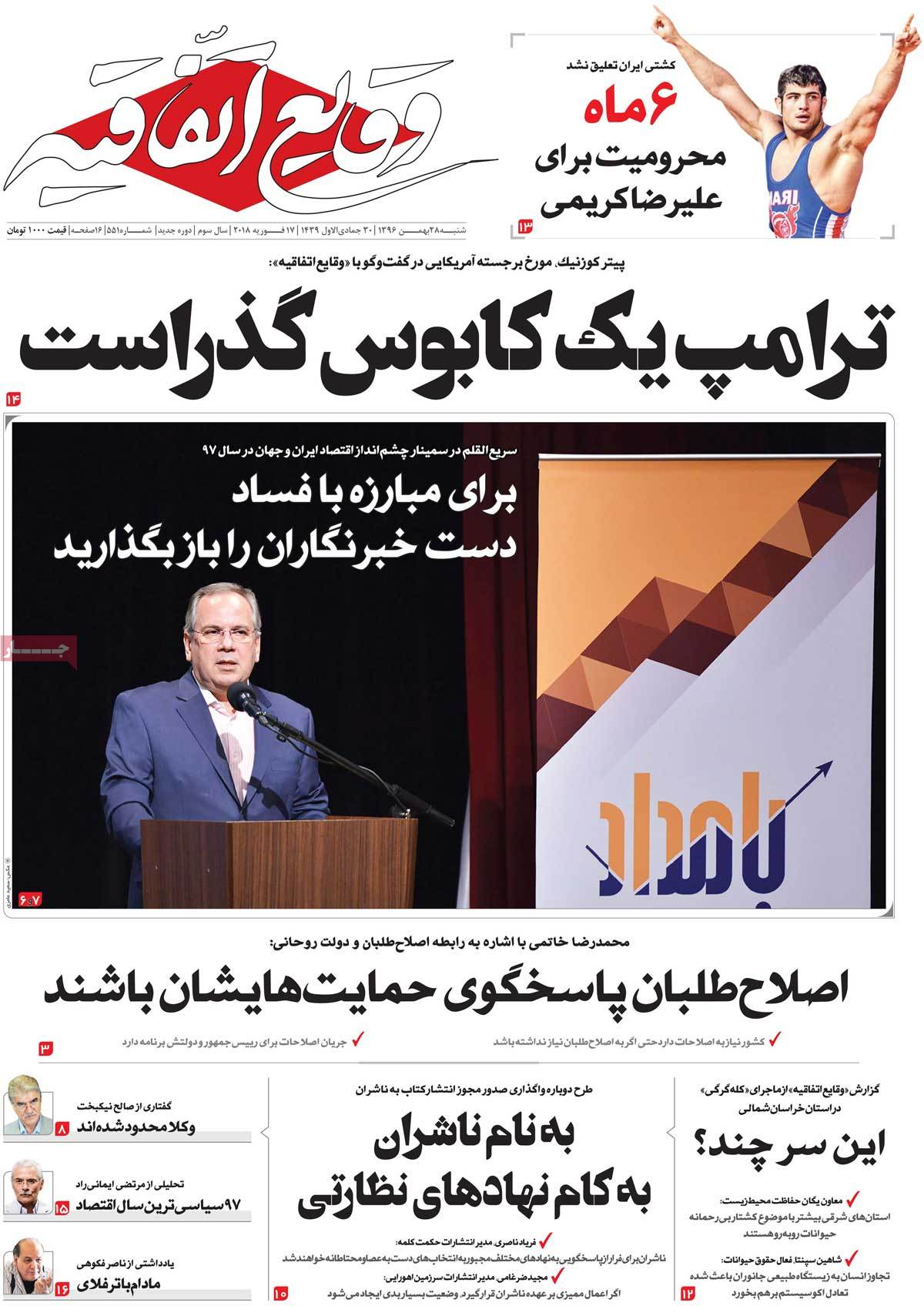