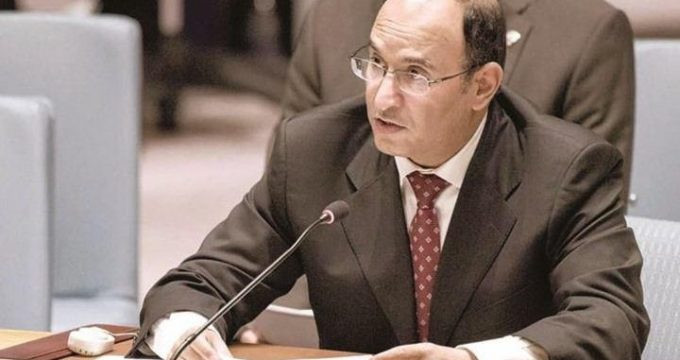 IRNA – Kuwait’s permanent representative to the United Nations said here on Friday that Kuwait City and Tehran enjoy good historical ties and his country wants these ties to be expanded.

Iran is a great country in the region, Mansour Al-Otaibi told the Islamic Republic News Agency (IRNA) in New York.

Kuwait and Iran are not only neighbors, but also members of the Organization of Islamic Cooperation (OIC), Non-Aligned Movement (NAM) and the Group of 77, Al-Otaibi said, adding that there are many grounds for close ties between the two countries.

According to the envoy, the US officials are trying to baselessly show Kuwait-Iran relations as destabilizing.

At the Iraq reconstruction conference held in Kuwait recently, the US Secretary of State Rex Tillerson endeavored in vain to warn Baghdad about its cooperation with Tehran.

As the rotating president of the United Nations Security Council in the month February, Al-Otaibi said his country believes that the regional nations should respect each others’ interests and cooperate in line with regional security and stability.

He further referred to noninterference in the internal affairs of other countries as main principle in global and regional relations.

To end the regional crises, the countries should have excellent cooperation, the envoy said, expressing hope that Kuwait-Iran ties would expand.