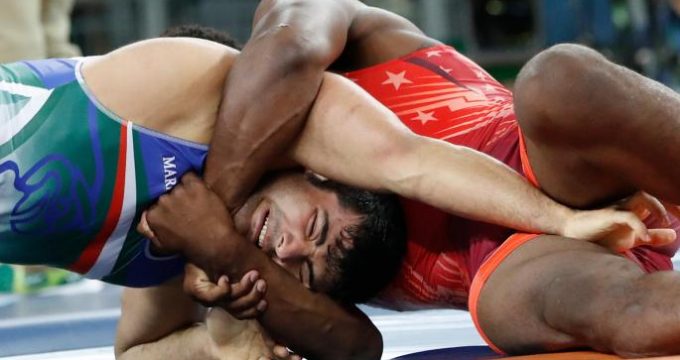 Tasnim – Young Iranian wrestler Alireza Karimi was banned for six months by the United World Wrestling for his intentional defeat in U23 World Senior Wrestling Championship for avoiding facing an Israeli opponent.

Karimi, 23, had intentionally lost a match to Russian rival Alikhan Zhabrayilov to avoid facing an an Israeli opponent in the next round duirng the Poland games.

United World Wrestling (UWW) has confirmed the sanction and also handed a two-year penalty to his coach Hamidreza Jamshidi.

An investigation was launched in December after it was alleged that Karimi had lost the quarter final of his under-86 kilograms freestyle contest at the 2017 Under-23 World Championships in Poland on purpose.

“The chamber found that Karimi, on instruction of his coach Jamshidi, willfully lost his quarter finals match against Alikhan Zhabrayilov. Both wrestler and coach were found to have acted in direct violation of the International Wrestling Rules and the UWW Disciplinary Regulations,” a UWW statement said.