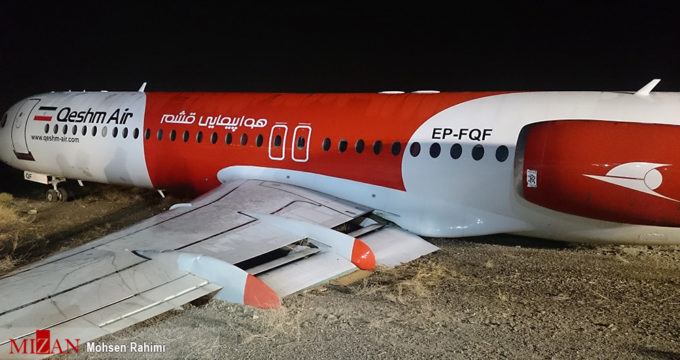 AP — Iran’s official IRNA news agency is reporting that an Iranian passenger plane has skidded off the runway after its landing gear jammed during a domestic flight.

The Friday report said all 104 passengers and crew of the Fokker-100 plane were safely taken to the airport terminal in the northeastern city of Mashhad, some 900 kilometers (560 miles) east of the capital Tehran.

Following the 2015 landmark nuclear deal with world powers, Iran singed deals with both Airbus and Boeing to buy scores of passenger planes.