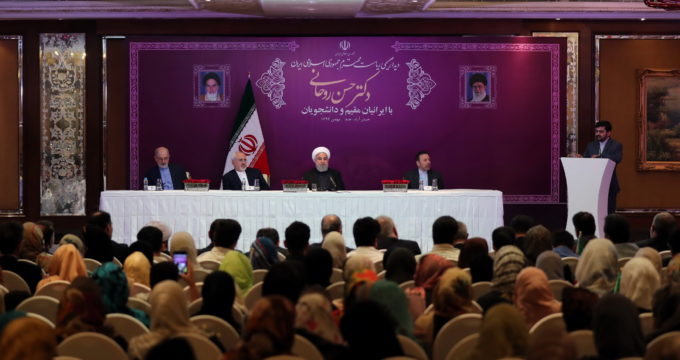 Dr Hassan Rouhani met with Iranians living and students studying in India on Friday in Hyderabad, and said: “The sweet Persian language has showed itself here in this subcontinent better then everywhere and can accelerate the development of Iran-India relations”.