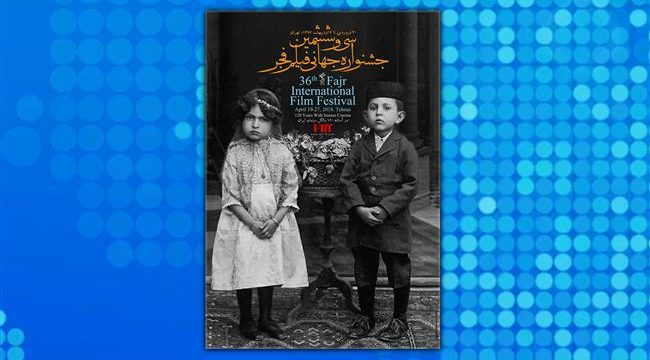 Press TV – Iran has unveiled the poster of the 36th Fajr International Film Festival (FIFF) scheduled to be held in late April on the 120th anniversary of introduction of cinema in the country.

The major artistic event is set to be held in the capital city of Tehran from April 19 to 27.

The poster, which displays a photo from the time when the movies industry entered Iran, has been designed by Ali Khorshidpour and incorporates cultural elements of Iranian identity.

According to the secretary of the festival, Reza Mirkarimi, the event seeks to enhance interaction with regional and Asian countries and assume an active role in the “cultural diplomacy” in its new approach.

The festival includes various sections and workshops, focusing on diverse styles in the world of cinema, particularly in the Muslim world, he said.

Considering the presence of a significant number of foreign participants in the festival, there has been a surge in demands for featuring Iranian movies in different sections of the event, Mirkarimi pointed out.

According to the official website of the 36th Fajr International Festival, more than 600 filmmakers have applied to take part in the event from 35 different countries. As many as 300 of the entries are feature films.

The event is held by the Farabi Cinema Foundation, an executive arm of the country’s Ministry of Culture and Islamic Guidance.

The FIFF has been taking submissions since November 1, 2017. The entry deadline is March 1.

On Sunday, the country wrapped up the festival’s domestic edition.