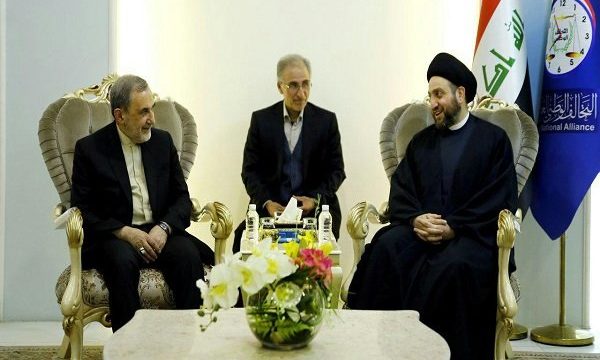 MNA – In a meeting with Ali Akbar Velayati, Head of the National Wisdom Movement of Iraq praised Iran’s role in defeating ISIL and regaining its territory.

In the meeting in Baghdad on Friday, the two Iranian and Iraqi political figures, the senior adviser to Iran’s Leader Ali Akbar Velayati and Head of the National Wisdom Movement of Iraq Ammar Hakim discussed the latest political developments in the region and exchanged their viewpoints.

Ammar Hakim said that Iran stood alongside Iraq firmly during the fight against ISIL, adding that the sectarianism is fading away in favor of an Iraqi national identity.

Head of the National Wisdom Movement of Iraq hoped for a better future for Iraq with the help of Iran, calling for friendly relations with all Iraq’s neighbors.