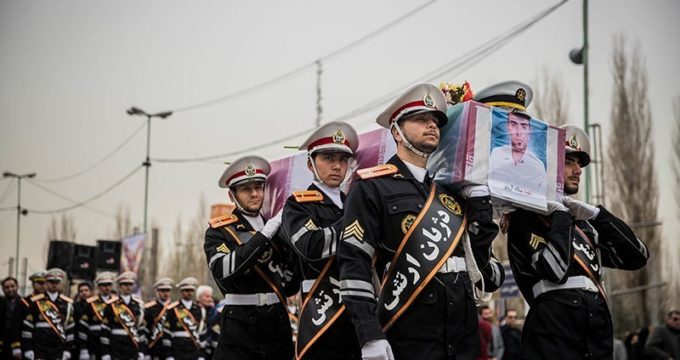 IRNA – Bodies of three Iranian sailors killed last January in a tanker incident in China’s East Sea were laid to rest following a funeral procession in Tehran on Friday.

The bodies were buried in Tehran, Karaj and Shahin Shahr, Isfahan, upon their families’ will.

They were the only three bodies out of 32 crew members recovered from the sunken Sanchi tanker that arrived in Iran’s Imam Khomeini International Airport early on Wednesday.

The oil tanker carrying over 136,000 tons of gas condensates collided with a Chinese freight ship in East China coast on January 6 and exploded. Bodies of only three out of 32 crew members, two of whom were Bangladeshi, have been found before the tanker sank on January 14.