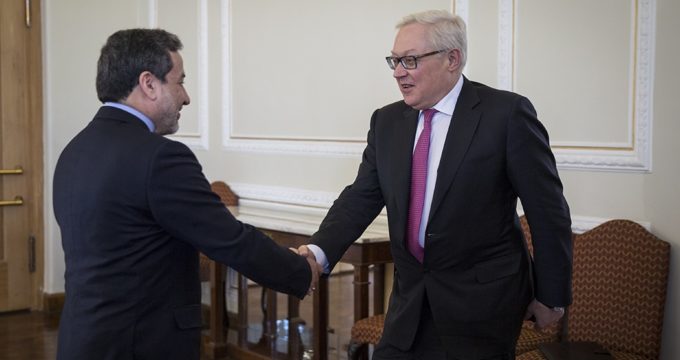 The two sides have reportedly discussed future of Iran-Russia relations and the nuclear deal with Iran.

Before his visit to Tehran, Rybakov had told Russian Izvestia newspaper that any renegotiation on Iran nuclear deal is impossible.

The Russian deputy foreign ministry had warned the US government of any attempts to impose pressures on Iran in order to renegotiate its nuclear accord.