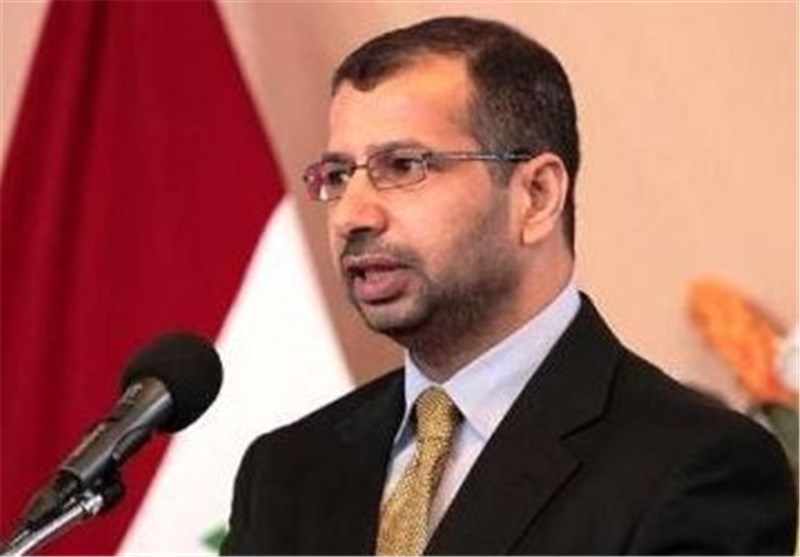 Tasnim – Iraqi Parliament Speaker Salim al-Jabouri praised Iran for supporting the Arab country in the fight against terrorism, calling for Tehran’s continued assistance and partnership in the reconstruction and development of Iraq.

In comments at a Sunday meeting in Iran’s Baghdad embassy, held to mark the victory anniversary of the Islamic Revolution, Jabouri expressed the hope for the promotion of scientific and technological cooperation with Iran, calling for Tehran’s partnership in reconstruction of Iraq.

Lauding Iran as a close ally that played a major role in Iraq’s battle against terrorism, the speaker said the two neighbors need to expand relations in all fields.

He also lauded Iran for the success to maintain its independence and self-sufficiency after establishment of the Islamic Republic.

Last month, in a meeting with Jabouri in Tehran, Iranian President Hassan Rouhani called for stronger banking relations with Iraq to allow for a growth in the bilateral trade and economic cooperation.

Iran, a close ally of Iraq, supported the Arab nation in the fight against Daesh (ISIL) since the terrorist group invaded Iraq in summer 2014.