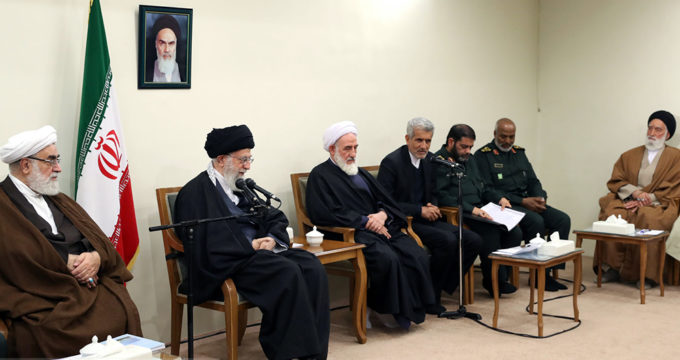 IRNA – Shia and Sunni Muslims are standing by each other in the most difficult times, The Supreme Leader of Islamic Revolution Ayatollah Seyyed Ali Khamenei said.

The martyrdom of a Sunni teenager during Iraqi-imposed war (1980-88) or a Sunni cleric (Molavi) in Iran indicates that Shia and Sunni are standing by each other even in the hardest eras, Ayatollah Seyyed Ali Khamenei said in a meeting with officials from southeastern Sistan-Baluchestan Province on February 5.

Elsewhere in his remarks he stressed vigilance against enemies’ divisive measures, according to the website leader.ir.