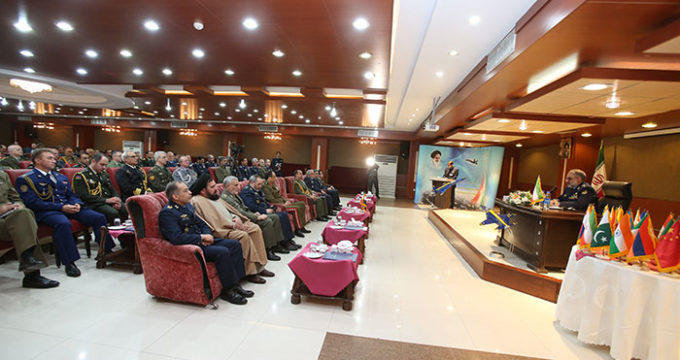 IRNA – Commander of Iranian Army’s Air Force said on Monday that Iran’s defensive capability is not violating regional security, rather it helps to the establishment of security in the strategically important Persian Gulf region.

Brigadier-General Hassan Shahsafi made the remarks speaking during a meeting with Tehran-based military attachés on the occasion of Iran’s National Air Force Day.

The Army’s Air Force, which mostly relied on the United States in terms of equipment and technical assistance was one of social classes enjoying a good level of welfare in the past regime, played a key role in accelerating the process of the Islamic Revolution, the commander added.

He noted that the historical movement of the Iranian Air Force in toppling the regime of Shah means in brief that enjoying welfare is not worth missing freedom and getting dragged into the foreigners’ exploitation.