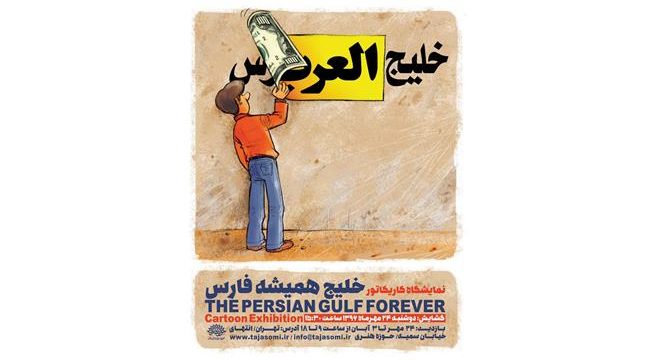 Press TV – Bahrain says it has ordered the republication of an English textbook printed overseas for third graders over what Manama called the “misnaming” of the Persian Gulf.

The island country’s Ministry of Education made the comment in a statement, cited by Bahrain’s state news agency BNA, on Monday, adding that it had ordered the withdrawal and reprinting of 17,000 textbooks which have already been distributed across the country.

Fawaz al-Shurouqi, the ministry’s director of public relations and media, said that in one of the maps of the textbook that showed the waterway described by the term “the Persian Gulf,” prompting the ministry to order the overseas establishment to reprint the textbook.

“The ministry took the necessary measures in this regard, including making the establishment take full responsibility for the error. The institution sent a representative to the ministry to offer an apology, corrected the error and re-printed 17,000 copies of the textbook,” he added.

Iran, formerly known as Persia, designated April 30 as National Persian Gulf Day to highlight the fact that the waterway has been referred to by historians and ancient texts as “the Persian Gulf” since at least 550 BC., when the Achaemenid Empire was established in what is now modern day Iran.

While historical documents show that the waterway has always been referred to as the Persian Gulf, certain Arab states, including Bahrain, and their allies have recently mounted efforts to remove “Persian” from the name of the waterway, fabricating the so-called fictitious name “the Arabian Gulf” to refer to the internationally and historically recognized the Persian Gulf.

Last October, US President Donald Trump infuriated Iranians when he referred to the waterway by its fabricated name “the Arabian Gulf.” Iran’s President Hassan Rouhani strongly lambasted the American president’s provocative remarks and urged him to brush up on his world history and geography to improve his comprehension of international obligations and global ethics, etiquette and conventions.

“How [is it possible] that a president has not yet learned the name of the world-renowned and historical Persian Gulf… where unfortunately US warships unnecessarily and repeatedly sail through? He could have at least asked his [country’s] military officials how the name of this gulf is printed on the maps they use,” Rouhani stated at the time.